The Titular Head of the Republican Party Returns to Trash Trump

RUSH: You have noted that the titular head of the Republican Party from years gone by, General-Secretary Colin Powell, weighed in that Trump is absolute scum and poison and is just horrible and Republicans need to do something. They need to get a grip and stand up to Trump. He said he couldn’t take it anymore. When Trump faked… You know, on the hurricane map, when he drew with a sharpie that Alabama was in the wind field, he said (paraphrased), “That’s it. I can’t stand it. The guy’s up there making up government charts now. 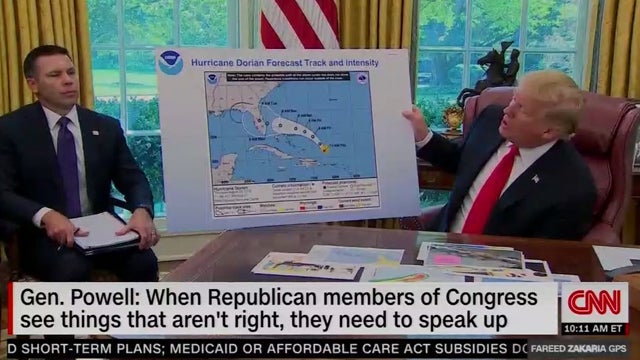 “He’s creating his own government charts. I can’t stand it. This is irresponsible. He got hold of the Commerce Department and the Commerce Department employees were told to back Trump up on this thing.” Yeah. You know, how much of what the government has been telling us about climate change is nothing but absolute crap? People like Colin Powell never once remark about the massive ultraleft radicalism coming out of one bureaucracy after another in government. They just turn and salute it, because it’s the deep state.

Pushback, these people are not used to. 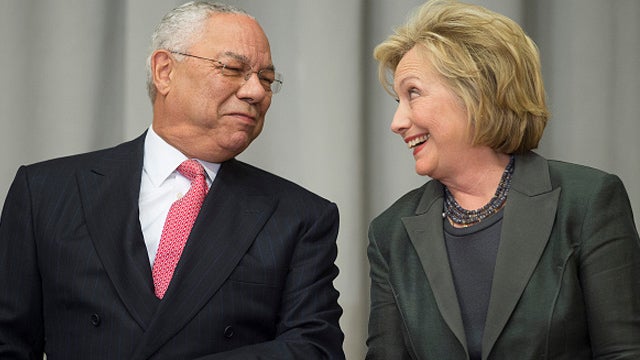 “Are you making excuses for Trump throwing the thing on the map?” No, because look, one of the original wind fields… Not hurricane tracks. I don’t think there is… In the hurricane we’re talking about here, which was the one that devastated the Bahamas, there wasn’t a track for the hurricane that actually took it to Alabama, but if you looked at some of the early wind field projections, tropical storm force winds did, on the chart, reach there. The percentage was somewhat small, but it was still in the shaded area, and that’s what Trump had seen.