The Democrats Want to Impeach by Thanksgiving

RUSH: I think our last caller had a point about the Democrats. I think they are eager, and that’s why I want to reiterate: They want to get this going by Thanksgiving. They want to get something going that can say, “Trump is being impeached,” and they want to beat whatever Barr and Durham are working on.

My guess is — and I don’t know what Barr’s gonna come up with. I have no idea what it’s gonna produce. But the Democrats can’t take any chances, so they want to get going and want to get this up to speed so that when the Barr results hit, they can say, “Ah, don’t pay any attention to that. They’re just trying to distract you from our official impeachment inquiry here.” I told you way back when that we’re in a race. We are in a race between the forces of good versus the forces of evil on the left.

We’re in a race to get to where we’re going before they do, and they are looking at the same thing — and this is it.

RUSH: Audio sound bite number 24. Eleanor Holmes Norton, as the Reverend Jackson pronounces her name, Eleanor Holmes Norton. She actually is a delegate. She doesn’t get a vote. She’s in the House, but since D.C. is not a state, it doesn’t have any official representation. She was on CNN to describe nevertheless what the Democrat strategery here with all this, and this is gonna sound very familiar to you.

NORTON: We do want to do this expeditiously. We want to get to the real business of the House of Representatives.

NORTON: Here we’ve taken the House ten months ago. We’re not even talking about climate change —

NORTON: — and gun control, and we want to get back to that. And the only way to get back to those critical issues, which are responsible for our taking control of the House, is to clear away this impeachment matter.

RUSH: See? See? Folks, I knew it was the right thing to do, call these people out on ignoring voters, not interested at all in helping people, taking taxpayer dollars and spending it on their own personal political projects like impeaching Trump. And so now Pelosi is in Seattle today. What’s Pelosi talking about? She’s talking about how House is working hard on bringing down drug prices! They’re not working a minute on it!

Here comes Eleanor Holmes Norton saying that it’s time to get Trump impeached, sweep that out of the way so we can get back to doing what we were elected to do. They damn well know that they are walking along a precipice here. But the key is, “We want to get this done fast! We want to get this done fast,” and here’s Pelosi, by the way. This is not about health care drug prices, but in Seattle at the Harborview Medical Center, she got a question from a sycophant Democrat in the media. “What is your response to the White House blocking Ambassador Sondland from testifying before Congress today?” 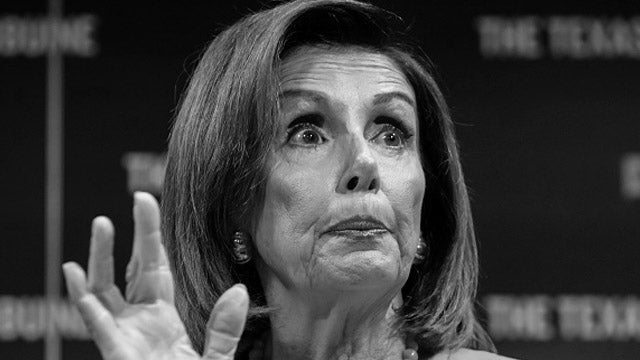 PELOSI: Your question is specifically about the ambassador being blocked from testifying. Now, he said to his lawyers that he’s fully prepared to come to testify. There will be a subpoena issued for him to come testify. The president is obstructing — obstructing Congress from getting the facts that we need. It is an abuse of power for him to act in this way, and that is — that is one of the reasons that we have an impeachment inquiry.

RUSH: She’s out there at this hospital, she’s at the Harborview Medical Center, she’s trying to convince everybody that the House Democrats are indeed working on lowering prescription drug prices and working on health care. And so it’s time for her cohorts in the media to help that along and they start asking about the ambassador being blocked. So she makes it clear, well, yeah, yeah, we’re gonna subpoena the guy. Trump’s obstructing Congress.

I’m telling you this is gonna be an article of impeachment: Trump covering up, Trump obstructing Congress, what have you. And then they’ll have an article about Ukraine, maybe. I think they probably want to sweep Ukraine off the front page here. The whistleblower thing’s blown up on them despite their still trying to sell it.

But by ignoring Ukraine it keeps Biden and his kid and their corruption out of the impeachment story. So two different source here. Eleanor Holmes Norton and Pelosi. So the strategy is pretty clear what they’re aiming for. And all will be known on Monday when the Congress gets back into action.