CALLER: Hi, Rush. Let me explain a couple things about my feelings about Trump. I’m an ex-Democrat. I voted for Carter all the way through up until Trump’s election. I voted for him. I love the guy.

RUSH: Wait. Does this mean you voted for Obama? You voted Democrats all the way up to Trump?

CALLER: Yep. Democrat all my life. I’m done with ’em. But I’m also done a little bit with Donald Trump. And I’ll tell you why. I don’t think he understands — let me explain, I’m a retired college professor. And the grief every day that I took in that faculty room sticking up President Trump is something that I know I’m not the only one going through.

Millions of people are fighting every day, and I’m a little upset about Donald Trump not going on national TV — I’m not talking about his rallies — going on national TV and explaining the farce that’s going on with the Democrat Party. I love the guy. I think he’s got more guts than anybody I’ve ever seen, but I’m just fed up and I’m not gonna argue anymore.

RUSH: Tom, Tom, hang on a minute now, because if he were here able to hear your call I think he’d be a little surprised because I’ll bet you that Donald Trump thinks he’s the only Republican that is pushing back on Democrats. He does so on Twitter multiple times a day. He’s constantly pushing back on ’em. He’s calling ’em witch hunters and all this other stuff.

He’s going after Schiff as an out-and-out liar today on Twitter. He’s using the vehicles that are available to him to get his viewpoint out. He does these rallies. They are not nationally televised anymore ’cause the media caught up to the trick, but he rips them and the media constantly. And he would probably say, “What more do you want me to do?”

RUSH: So an Oval Office address laying out the Democrats’ scandalous operations and how they’re pulling this off and why people should not fall for it?

CALLER: Hm-hm. Yep. Because we’re out there fighting every day. Millions of people like myself.

RUSH: I understand that, I agree. But do you — there’s no wrong answer, please don’t misunderstand my tone. Do you really think Trump is not backing all of you up who are out there fighting for him? Do you actually think you’re doing it alone?

CALLER: No, I agree with you on that. That man has more courage than anybody I’ve ever met or seen in my life. But a lot of people aren’t hearing it. And if they heard it, like the last caller, they’re gonna realize it’s not the mainstream media. It’s somebody that’s telling the truth right up front.

And don’t forget, when he gave that address on his first State of the Union address, who was that, Jones that used to work in the Obama administration, he said this guy’s gonna win, he’s good. He’s good. Did you hear him speak? He comes across great in that environment, just like at the U.N. He comes across great. You know, the rallies are great, you know, but please address the nation. Help us out here. 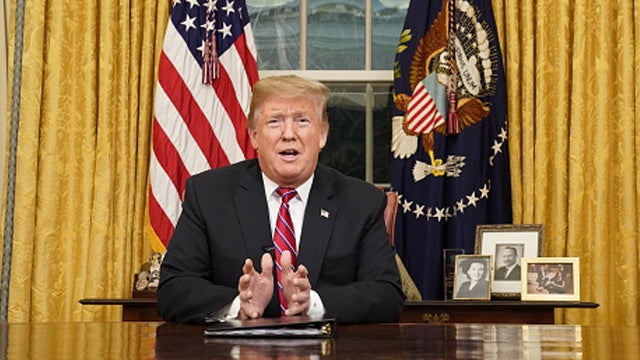 RUSH: This is interesting. Okay. Well, Tom, I appreciate the call. I’m glad you got through. I’m up to it on a break here. Tom, don’t take this personally. I am really, really kind of interested in this because we’ve got for the first time in I don’t know how long, a Republican/president that is pushing back every day, more so than any Republican in our lifetime ever has, and it still isn’t enough.

And even if a president pushes back on it multiple times a day, it still isn’t seen as enough because they in the media never, they never go off message. They started hating Trump, and they hate him even more now. As I’ve been pointing out, there’s not one journalist or Democrat in the media in three years who has gone off script!

RUSH: By the way, Tom, the networks would never cover a speech like you want Trump to give. They wouldn’t cover an Oval Office address unless it was on some — they don’t have to. See, the White House has to request it.

RUSH: I have been thinking a little bit about the call we got from Tom in Morristown, New Jersey. I want to address this again. Tom’s a lifetime Democrat. The first time he never voted for a Democrat was Donald Trump. He voted for Jimmy Carter. Hell, he voted for Mondale. Obama, he voted for all these Democrats. But then he voted for Trump.

But he said he took so much grief — he’s a professor — he took so much grief as a member of the faculty because he dared vote for Trump. Trump needs to go on national TV and tell everybody what’s really going on here. And I tried to remind him that we’ve never had a Republican anything that pushes back like Trump does. But it made me realize something, Tom’s comment about the abuse he took in the faculty lounge from people who knew that he voted for Trump.

And we know this is true because we know the Never Trump crowd — and I don’t mean conservative Never Trumpers. But everybody that hates Trump is simply intolerant of people who support him. We know that there are millions of Trump supporters who have to stay quiet about it lest they become the objects of abuse and mistreatment.

There are people who say that they have not been promoted at work because it’s known they voted for Trump. There are people who claim that they have been fired because they voted for Trump, unlike Elizabeth Warren, who, by the way, she’s sticking with that story that she got canned because she was with papoose even though it has been debunked, even though she has debunked it herself. Anyway, I don’t want to get distracted with Warren right now.

The point is that there are millions of Trump voters who have lost friends and lost family because of it. They feel like victims, and yet they were the winners! Now, this is a very curious and interesting psychological imbalance. There is supposed to be joy with winning. There’s supposed to be happiness. It’s supposed to build confidence.

And because of the overwhelming power vested in Trump opponents by the omnipresence of media, the people that voted for Trump and who were the winners now feel like victims, and the two don’t go together. Winning and being victims simply don’t go together.

So what they’re looking for, what Tom was actually asking, he said he wants Trump to go do a national speech. What he really wants is to hear from Trump that he’s aware of it and appreciates it. They want Trump to acknowledge his appreciation for them. In Tom’s case, for him. He wants Trump to do something, to say something to make him stop feeling like a victim, to make him feel more joyous at winning, to have some sense that Trump is aware and appreciative of this.

I understand that. I think, if you look at — Trump is surrounded by vipers. Look at all these people that are in the White House leaking a bunch of lies. In the case of these two whistleblowers, they are leaking lies. In fact, I don’t even think they’re leaking. I think they’re collaborating with people like Adam Schiff, and they are creating phony stories and then hiding under the cover of whistleblower status. But the point is these are people in the White House. These are people in the West Wing.

If you think as a Trump supporter it’s bad for you, think about the people that work for Trump. Look at what some of the people in his administration have had to put up with at public restaurants, getting mocked, threatened with violence, told to get out, told they’re not welcome back. These are people that work for Trump and many of them hang in despite that. I don’t know how Trump shows his staff appreciation. I’m sure that he does.

But it’s not just you who have voted for him and supported him that have been raked over the coals. It’s the people that work for him. How would you like to be Kellyanne Conway and have your own husband out as often as they’ll let him out ripping your boss in the most unkind, unsophisticated ways?

His family doesn’t complain. At least not publicly. They continue to fight back. Now, I think it’s important to remember that Trump himself and his family, none of whom needed to do any of this. There was nothing in their lives that was so unfulfilling that they had to do this. This was totally voluntary and unnecessary. So from that you have to assume that Trump did it because he literally loves and cares about the country.

But he and his family have been through worse, and I think much worse than what his supporters have been put through. I’m not diminishing what his supporters have been through. I know people have lost friends and family over this. And I know you feel like victims and you hate it. You want to feel like winners. You want to feel like you’re pushing back against these people. They’re the losers, why do they get to act like they won all the time? The reason for that is the media. 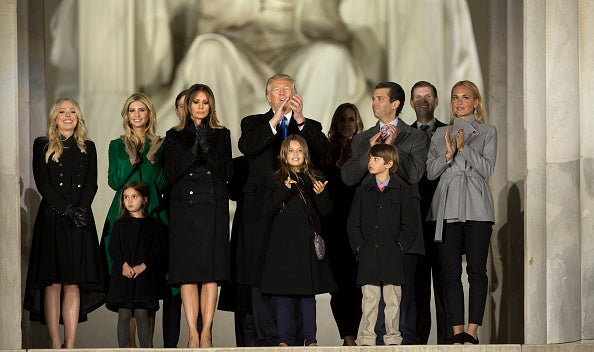 I wish I had a different answer for you, folks, but I don’t. They’re like a bunch of J.R. Ewings. Once you get past integrity, the rest is easy! Once you can lie through your teeth without having one bit of conscience or guilt, the rest is easy. And that’s what we’re up against every day.

It’s all a lesson. It’s all a life lesson of what we’re really up against. We’re not up against a simple opposition party called the Democrats. We’re up against an Americanized version of socialism that calls itself Democrats. And the people that run that party from the standpoint of being the agitated base, these are people that would be more than happy if you don’t even exist.

I’ll tell you what Trump does for his supporters. He keeps his promises. And he doesn’t let this stuff distract him much. I mean, I oftentimes wonder how much he could actually get done if he had an honest job approval poll number of 60 or higher. There would be no way to stop it. The polling units are never gonna permit that. Even if they did a preference poll, an approval rating poll, if the result showed 60, they would never report it.

But Trump is keeping his promises and following through on the overall objective of making America great again. And that can’t be forgotten or ignored. And it’s more important than a national speech to the nation.