Why Radio Is the Place for Me

RUSH: I’ve got Matteo here in Tulsa that wants to weigh in on Jimmy’s phone call. Hey, Matteo, how are you, sir?

CALLER: Hey, Rush. Oh, never better, sir. Thank you for taking my call. I just have two points, and if you permit it, a little honest edification, but the Democrats’ approach to impeachment every time is just the same mannequin. It just has a different dress on. But it’s missing three things. Number one is sound and logical reasoning. Number two is facts. And number three, most of all, and the reason why it’s a broken record is because there’s no smoking gun. 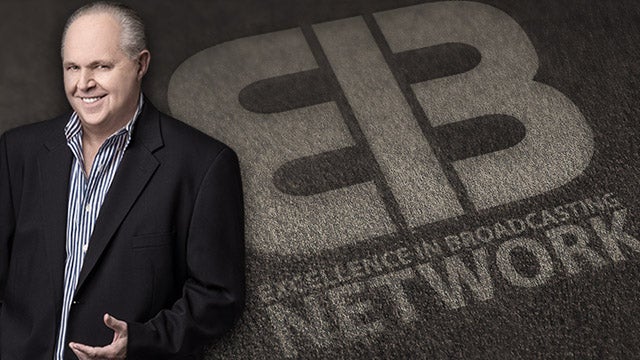 And to Jimmy’s call, I think that some people are listening to you for the first time and some people are listening to you for decades, and when you actually watch liberal media for two days in a row and you don’t listen to you, it’s a little hard not to believe ’em. Like you said before, they believe it so much and they come off with a conviction that it’s true. And if you don’t hear anything else, it’s hard not to fall into that trap of their, we’ll call it manipulation.

RUSH: Totally agree. And part of that is because they have a lifelong reputation of objectivity. Most people assume, although it’s a declining number, but most people assume if it’s printed, it’s true. You can’t get past it. If they read it, it’s true. How many times have people told you, Matteo, “Hey, I just saw,” as though they saw it, it was either on a page in a book, in a magazine, newspaper, or the internet, because they saw it, because they read it, it must be true.

RUSH: What you’re doing is making the case of why this program and me are both so important, crucially important.

CALLER: I have to. My honest edification, if you permit it, is that —

RUSH: Hang on. Hang on. We don’t have enough time for all honesty here before the ear-splitting tone signaling a break. Can you hang on for a couple, three minutes here?

CALLER: Without a doubt.

RUSH: And we’re back with Matteo in Tulsa. You wanted to make a point of honest edification, and we ran out of time for it. So have at it.

CALLER: Yes, sir. There’s nobody in my 34 years of life that can get me to actually sit down and pay attention for three hours, the most entertaining three hours in entertainment. So this is actually… I gotta be honest: This is the third time I’ve talked to you in two weeks. Last week I called, and I told you that Trump is exposing a whole new generation of people, and we went to a commercial break and my phone was stupid. Right? The first time I ever heard about you is on ESPN. Years ago, back in 2012, a guy was driving around.

I sell Kirby vacuums, and I listened to him and I thought he was crazy, right? But then on YouTube, I saw a video of you, and I started listening to you — and because it’s the truth, it’s very easy to listen to. So I think that a newer generation of people, they go through YouTube. So if you went on some of these top conservative… I mean, you’re greatest — one of the greatest — conservative leaders, and by leaders, it’s just influence, you know? You influence new people like me. I started paying attention because of Donald Trump, and there’s many more like me, you know? So these people are going through YouTube. Um, I don’t know. It might sound crazy, but to go on one of these YouTube shows — 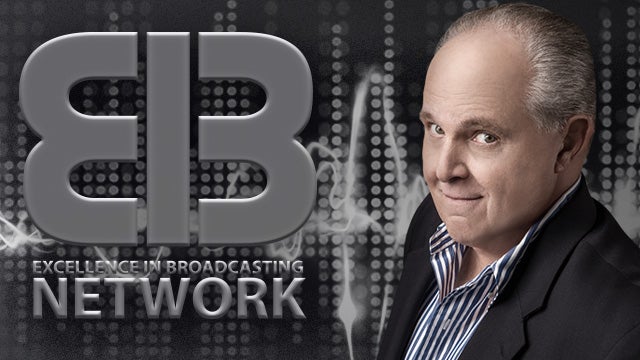 RUSH: No, I know what you’re saying out there, Matteo, and let me give you a little professional… (sigh) This is the way I look at this professionally and business-wise. And it’s a balance. I know that, and I very much appreciate what you’re saying. It’s a very big compliment that there’s nobody else that can hold your attention for three hours speaking to you, that there’s nobody but me. I appreciate that. Frankly, it’s something I strive for.

Radio is my business.

Radio’s what I’m best at.

Radio, I own it. I love it. Radio is where I am best able to do what I do. I’ve got a Dittocam here. I don’t need YouTube. I’ve got RushLimbaugh.com. Why should I help some other business enterprise? Why get caught up in the clogged arteries of YouTube when anybody can come to RushLimbaugh.com and watch me say things in my natural element? If I were gonna do YouTube videos, I would just take ’em from the Dittocam and cut ’em up and put ’em out there on the YouTube channel, and then what am I doing?

I’m urging people to leave my website and go to somebody else’s! It makes no business sense. But you say, “Wait a minute. You gotta reach people that you’re not reaching. You gotta persuade people.” No. The objective always has been to get ’em to come here. So now and then, guess what? We do end up on YouTube now and then, and we do end up on Twitter now and then. But I never make a big deal out of it, because they’re not the primary means or the primary vehicle for me. I could, if I wanted to — and this is not ego speaking.

I’m still speaking to you from the framework of business. If I wanted to, I could be on TV every day and every night. I just don’t like it as much. I’m not as good on TV ’cause I don’t have nearly the time for my brain to work like it can work here. I couldn’t ever take a call like this on TV and be explanatory, establish a connection with the audience and help the audience understand how I do what I do. TV doesn’t permit that.

I understand TV reaches different people now and then, but it’s also how you reach them — and if you’re wearing a tie that distracts them, they’ll never hear what you say anyway. I’ve learned all this stuff. I was joking yesterday when I talked about the… Well, I wasn’t joking. I was making a double entendre. I really do believe, Matteo — and you have just inadvertently, unknowingly proved it — that radio done right and done well offers the greatest intimacy in media. And I don’t… I’m not talking about sexual intimacy.

I’m talking about relatability, bond of connection: People understanding, getting to know each other, and having no doubt about what they’re hearing. It’s just the best if it’s done right, and it’s because you’re not watching anything at the same time that’s distracting you. A good radio guy or girl/woman paints the pictures that you see, or you do it yourself. But the intimacy that radio can cause to happen also enhances persuade-bility out the wazoo, because it’s in that intimacy that you develop the trust and the believability, hopefully, that the audience invests in you.

It’s just, this is what I do. This is what I excel at, this is what I love, and this is where I am best. This last call has gone — I’m just timing this — seven minutes. There’s no way this could have ever happened on a TV show, ’cause, A, there wouldn’t have been a phone call so I would never have had a chance to react to this. Unless I decided I wanted to fake (impression), “Hey, folks, I was talking to somebody the other night who thinks I ought be doing this on YouTube.” I guess I could do that, but this happens au natural.

It doesn’t have to be planned. There doesn’t have to have a meeting beforehand to let everybody know it’s coming so you can put the YouTube logo on the screen while you’re talking about it. I know there’s some of you who disagree. “Come on, Rush. You own radio. You can branch out. You’re not gonna hurt yourself. People are still gonna find you on radio.” Maybe. Maybe so. But there’s also a little defiance. I’m not gonna cave in. I’m not gonna sit here and say, “I can’t succeed without being on YouTube,” or TV or what have you.

I’m also happy, folks. My ambitions have been met and then some, and my ambitions are still there, and they’re still big and huge. But they’re all self-contained in this universe. Anyway, Matteo, thanks for the call. I appreciate it, especially the comment about being the only guy you’re able to listen to for three hours — and did you hear what he said is why? “Truth.” He feels like he’s getting the truth, and the second salient thing he said was, “Miss this program two days, and you start to believe the crap that’s in the mainstream or Drive-By Media.” That’s absolutely true. It’s an ongoing battle.