Democrats Are Killing Democracy in Darkness

RUSH: One way to look at this, folks, with this latest effort the Democrats are making, a continuation of the original script to reverse the election results of 2016, Democrats are killing democracy in darkness. They’re doing it in darkness. They want to do this impeachment behind closed doors headed up by Pencil Neck. 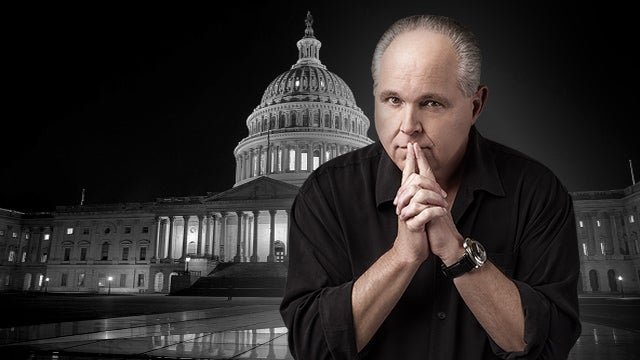 So they are surreptitiously charging and changing whistleblower qualifications from firsthand to secondhand knowledge 30 days before these whistleblowers pop up out of their jack-in-the-boxes. The accusers name, the accuser’s political orientation and any conflicts of interests are held secret. We’re not allowed to know who these accusers are.

Do you realize — you may not know this — even the Salem witches — remember the Salem witch trials burned those babes at the stake? Even the witches knew who their accusers were. But not here. Trump is not permitted to know. Republicans are being excluded from secret meetings so that they can’t blow the whistle on what Pencil Neck and his buddies are doing.

You know, shortly after Trump was elected, the Washington Post created a new motto type slogan. Everybody laughed at it. “Democracy Dies in Darkness.” Yes, it does. And if you ask me, I think that’s now the objective, democracy dying in darkness.

RUSH: And I’ll tell you what, folks. For all of the success the ChiComs are having at infiltrating and corrupting American culture, the Democrat Party is doing a better job. The Democrat Party is doing an even better job than the ChiComs in undermining the United States of America. This all-out, never-ending assault on Donald Trump simply because he had the audacity to win an election is unprecedented. It’s all cloaked in a bunch of garbage about crimes and collusion and obstruction, but Trump hasn’t done any of this and they haven’t had any evidence for any allegation they have made. It is a flat-out, direct assault on the very foundations of this country: free, duly constituted elections.

Make no mistake about it.

The ChiComs could learn from the Democrats here.