RUSH: You know, this NBA ChiCom scandal, there’s some people now honestly beginning to say that the ChiComs are using shoe manufacturers like Nike and Adidas to literally corrupt American culture. In fact, Jason Whitlock is one of the people saying this. Now, before you have a knee-jerk reaction, think about Nike and just this business with the Betsy Ross flag on their new tennis shoes back on July 4th.

Here comes Kaepernick, who is an out-of-work, second-tier NFL quarterback who led protests ostensibly against the cops, but they were revealed to be protests against America, Kaepernick comes along and says (paraphrasing), “I don’t like that flag. It’s a racist flag.” It’s the original flag of the country. It’s not political in any way. “I don’t like that flag,” and tells Nike, “You don’t need to sell those shoes.” So Nike says, okay, Colin doesn’t like them, we won’t put ’em on the shelf.

And lo and behold, the Stand Up for Betsy Ross campaign was born at RushLimbaugh.com. But what did Nike do? Nike backs up all of these athletes protesting America trying to cause strife and discord and chaos. It’s a pretty gutsy thing for Whitlock to be out there saying it. In fact, I’ve got the sound bites. Let me run to them here real quick rather than have to come back to them. Number 19 and number 20. This is last night with Chatsworth Osborne Jr. Tucker Carlson – oh, I was reading one of my tech blogs today. Apparently Tucker said something that ticked ’em off there in Millennial tech media, so now they’re calling him the leading white supremacist on Fox News. White supremacist? These Millennial jerk idiots.

Anyway, so Jason Whitlock was on there. Jason Whitlock is on Fox Sports 1. It’s one of their cable channels. And Chatsworth Osborne Jr. said to Jason Whitlock, “What do you make of a company like the NBA, which enjoys an awful lot of support from American taxpayers taking the side of the Chinese government against an American citizen? This seems inexcusable behavior from the NBA. What’s your view of it?”

WHITLOCK: The shoe companies, Nike, Adidas, they run American basketball from the high school level all the way to the pros and the shoe companies are dependent on the China market and that’s where all of this is coming from. You see NBA players constantly over the summer during their off-season running to China to do the bidding of their shoe companies and to sell their shoes in the China market. And so the NBA is really being exposed as not nearly as much of American business as it is a global business with China perhaps having more influence over it than even America. 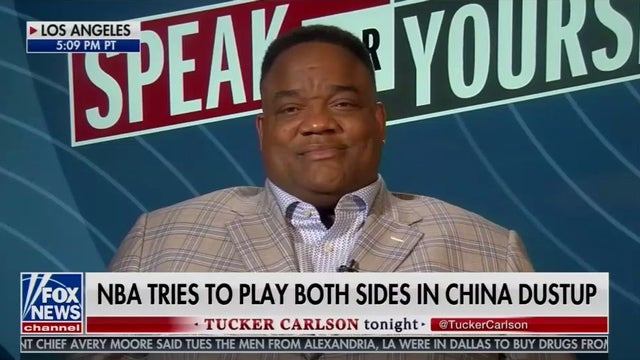 RUSH: Bingo. Now, you’re not supposed to say this stuff out loud. If Jason Whitlock were still working at ESPN, he might have been suspended over this. But he wasn’t through. Chatsworth then said, “Basketball was invented in Massachusetts and a YMCA. I don’t know that there is any basketball that wasn’t subsidized by American taxpayers, so how could they possibly take that position?”

WHITLOCK: They’re doing the bidding of the shoe companies demonizing us and our culture and dramatically changing our culture, because these athletes are young. They don’t understand how they’re being used and played to promote a communist, a Marxist agenda. They have no idea that their actions and a lot of the things they’re promoting, this victim mentality, and all the identity politics and, “Oh everything in America’s racist,” all of that. It’s all a scam by the shoe companies. “Look how socially aware we are, look how we fight against injustice.” No. You’re actually doing a marketing ploy to pretend you have a social conscience and you’re actually doing the bidding of the communist regime in China.

RUSH: Now, for that to be true there has to be something else that’s true. And that something else that has to be true is that communist China is attempting to undermine American culture. And Whitlock is a thousand percent correct about that. And they’re not the only communist regime that has been doing this. The Soviets did it. The Russians are still doing it. Castro and the Cubans continue to do it. It is the lay of the land. It is what we, the outpost of freedom in the world, have been up against from the days of our founding.

That’s how rare the United States is. We don’t teach that anymore. We teach that America’s evil and mean-spirited, racist, sexist, bigoted. We don’t deserve our superpower status because we’ve stolen everything we’ve got from all these poor countries. It’s all a bunch of garbage.

So Whitlock is exactly right. The ChiComs are doing whatever they can to undermine our culture. They’ve got protesters in Hong Kong now demanding, they’re waving the American flag around demanding freedom. And what are the ChiComs doing? The ChiComs are shutting them down and threatening any entity that joins the Hong Kong protesters.

So you have the general manager of the Houston Rockets, Daryl Morey, putting out a tweet that supports freedom in Hong Kong. All hell breaks loose? Supporting freedom somewhere is a controversy in America with an American corporation or business entity, the NBA finding itself with a tough challenge? “My God, what side do we come down on? Do we come down on the side of communist oppression or freedom?” And they have to think about it. 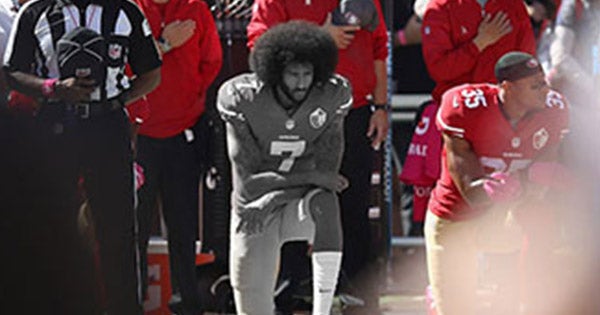 They probably had a couple of executive meetings. They probably called some former Bill Clinton spokesmen to get some help on messaging. So what Whitlock is saying is absolutely true. And these athletes — it’s arguable that they may not know what’s going on. I find a lot of people full well support communism and socialism because they misunderstand what it is. They think it’s equality and fairness, sameness, nobody’s hurt feelings and you can’t laugh ’cause that means some people would be laughed at. Can’t have that. It’s really, really fair, is what a lot of people have been horribly taught about it.

But he’s essentially saying that these athletes signing on with the shoe companies who are thus doing the bidding of the ChiComs are unwitting participants in an influence effort by communists to sow unrest and discord in the United States, exactly a thousand percent right.