RUSH: Now, Politico has a story on the Never Trumpers today, the so-called conservative Republican Never Trumpers. The headline: “Trump Critics on the Right Join the Media Wars.” Well, that headline’s kind of misleading. They were media, and then Trump got elected and their media went out of business — and so what this story is about is how these put-out-of-business Never Trumpers are starting new businesses.

“Trump skeptics in the conservative media are gaining steam, adding two outlets that are prepared to fight for attention among Republicans frustrated with the president.” Well, isn’t this just peachy? So these Never Trumpers went out of business. The Weekly Standard folded, and they never had any money. If it weren’t for donors, they would have never had any money. A couple other things went out of business. 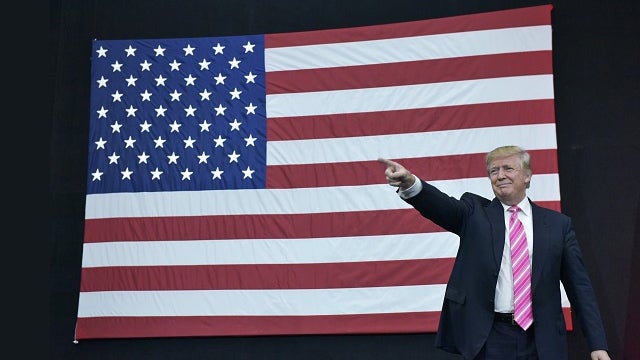 Now they’re getting together. They’ve obviously found some other people to fleece. They found some other donors and are gonna start a couple of new publications — and their target audience is Republicans who don’t like Trump! Now, if you look at all of the job approval numbers, you find that Trump’s approval rating among Republicans is hovering at or near 90%. So these people are targeting 10% of the Republican Party?

Is that what this says? It says, “National Review stalwart Jonah Goldberg this week announced the creation of The Dispatch, a site for conservatives who are skeptical of the president, which will compete with The Bulwark, launched earlier this year by former Weekly Standard co-founder Bill Kristol… Already, the two outlets are jostling for position on the Trump-skeptical side of conservative media.

“Goldberg and Dispatch CEO Steve Hayes, in interviews with Politico, insisted their new site won’t be reflexively anti-Trump, but guided by principles over party. ‘I’ve never given a rat’s ass about being a Republican,’ said Goldberg, who will be The Dispatch’s editor-in-chief. ‘I care a lot about being a conservative, and being conservative means not changing your positions based on one politician.'”