Drive-By Media Democrats, NBA Players and Owners Side with ChiComs Over Free Speech

RUSH: As you stand back and you objectively observe the current U.S. Drive-By Media news cycle, there’s some things that stand out. Almost all of the Drive-By Media Democrats and NBA players and owners — almost all — are in support of Communist China and against free speech. And we’re told, “Well, the ChiComs have this gigantic market over there, Rush, 1.2 billion customers.

“People can’t forget that. They can’t look past that.” You got some freedom fighters in Hong Kong, some people waving the American flag. They just want freedom of speech. They don’t want to be subsumed and taken over and swallowed up by the ChiCom regime. And in the country that is ostensibly the leading light, the beacon freedom, it is the communist Chinese government being sided with, not freedom fighters. 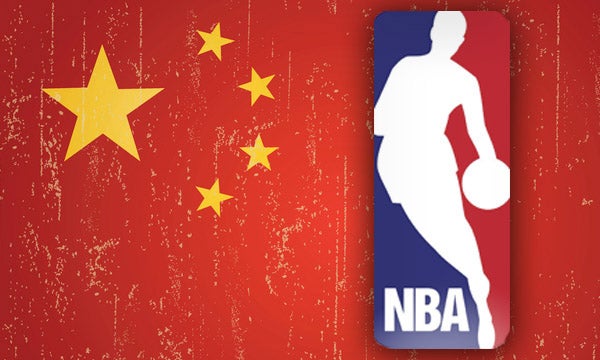 Yet when you have left-wing, fascist Antifa on the roll out there destroying cities and beating up people because (impression), “They’re demanding civil rights and liberty and freedom,” the same Drive-By Media supporting the ChiComs, and the same sports league supporting the ChiComs support Antifa! So if you’re a left-winger demanding liberty and freedom and speech rights, then I guess the NBA and the Drive-By Media will be with you. But if you are somehow opposed to communism and want free speech rights, then you’re not gonna be supported.

So all of the Drive-By Media, almost — and almost all the Democrats and the NBA players and owners — are in support of Communist China and against free speech. A single tweet by the general manager of the Houston Rockets supporting the Hong Kong freedom fighters has caused this massive coalition of media Democrats, NBA players, and owners to side with the communist Chinese. But they were all against — to the point of boycotting — the recent North Carolina bathroom law, which they claimed went against their guiding principles of equality and mutual respect.

Something’s so way out of whack here.

RUSH: Let me finish this thought here. ‘Cause it’s a good thought. It’s worth finishing. The news cycle here, if you look at this objectively, if you just stand aside, try not to be affected by it, just watch it and judge it, it’s just obscene. Almost all the Drive-By Media, the Democrats and the NBA players and owners, are supporting communist China.

Just like there was this almost magical utopian support for Cuba, which is a repressive, godforsaken regime. But still it was thought to be the potential utopia on earth. Now the ChiComs have the same kind of adoration from the supposed kings of civil rights, from the supposed kings of civil liberties, the descendants of Martin Luther King and Eleanor Squeal and all the other left-wing activists demanding equality here and equality there and free speech.

They are sidling up to the most repressive anti-free speech, anti-freedom regime you can find on the planet today! Communist China! Over one tweet by a general manager for the Houston Rockets supporting Hong Kong freedom fighters! Remember when the one guy stood up in front of the tank at Tiananmen Square, remember everybody stood up and loved that guy? This would be the equivalent if the NBA said, “Put that guy in jail!”

If the NBA and the Democrat Party and the media said, “Run him over! Run over that guy, he’s insulting our brethren in the Chinese communist government.” That’s the equivalent. They’ve done a 180 off Tiananmen Square. And that guy who was celebrated as a hero, if that happened today, he’d be lynched. And the NBA and all of these communist Chinese loving American enterprises would be demanding that guy be made an example of.

Now, while they’re doing this, remember, they were all almost on the verge of boycotting North Carolina over the bathroom issue, which they claimed went against their guiding principles of equality and mutual respect. In other words, if North Carolina didn’t bend over, grab the ankles, and let anybody use any bathroom they wanted for any reason, the NBA wasn’t gonna go there, the NBA was gonna boycott, the NBA was gonna pull out.

Now, the NBA is — what is it, 85% African-American players, 85, 90? And they’re defending a country where basically the entire country is enslaved to a communist government? Well, we all know why. It’s money. Once again, money trumping ideas. Too much money to be made there in China.

RUSH: Let’s get a new sound bite in here. Grab number 26, ’cause I was just talking about this. It looks like they now are shutting down female reporters from asking questions about China. You can ask all about Trump, but you can’t ask about China. This is a press conference in Saitama, Japan. Houston Rockets guards James Harden and Russell Westbrook held a presser. We have CNN Sports Correspondent Christina Macfarlane asking a question, and we have an unidentified NBA spokeswoman’s response — and I haven’t heard this. I’m listening to it with you for the first time. It’s ostensibly this reporter being shut down from asking an NBA player about China.

MACFARLANE: Hi. Christina Macfarlane, CNN. The NBA has always been a league that prides itself on its players and coaches speak out openly about political and societal affairs. I just wonder after the events of this week and the fallout we’ve seen whether you would both feel differently about speaking out in that way in the future.

MACFARLANE: This is an event that happened this week during the NBA.

NBA SPOKESWOMAN: I understand that! (unintelligible) That question has been answered.

MACFARLANE: This particular question has not been answered.

SPOKESWOMAN: Any other questions?

RUSH: So Harden — one of the players — wanted to answer it, but the NBA spokeswoman says (impression), “Any other questions? Uh, we’re not gonna take any questions about China! Uh, by the way, Trump? We hate Trump. You want to ask me about that? You don’t? Okay. Well, we hate Trump! Put it on the record: We hate Trump but love China. Don’t ask us about China!” The player wanted to take a stab at it. The NBA spokesbabe said, “Ain’t no way, dude! You are not going there.”

“Yeah.” It’s a good point, but isn’t it a crying shame that we need for this to happen for people to know what communism is? When I told you it was a good idea, I had forgotten something. I’ve been making a point for this very reason, to be reading these little socialist, Millennial liberal tech bloggers on this. And they’re ripping Apple because Apple has removed an app again that would help the Hong Kong protesters learn where the cops are. They’re mad at Apple, they’re mad at the NBA, they’re mad at everybody for caving, but you know who they’re comparing the ChiComs to? Trump.

They think Trump’s the authoritarian here just like the ChiComs are the authoritarian. They don’t see — Mr. Snerdley, these people do not see — these are devoted leftist liberals, and they don’t see that the Chinese are a natural extension of what they think. It’s amazing to read them rip the Chinese for an inability and intolerance of dissent, and yet these are the same people that promote that very intolerance and dissent on college campuses.

My point is you’re relying on intellect or intelligence resulting from observation to make a connection. I’m telling you they have been so maleducated that I think it’s amazing, if I were a liberal today practicing political correctness, not permitting anything on campus to be said that I don’t want to hear, if I supported a bunch of violence when people like Ben Shapiro or Ann Coulter go to speak, I would think, you know, the Chinese are pretty similar to what I do.

They think conservatives are the big authoritarians. I think, you know, you would hope they would realize, I would love it if all of these Millennial leftists, when they saw what the ChiComs are doing, would say to themselves, “Damn, that’s awfully close to what we do on college campus. Gee, that’s awful close to what we support when Antifa does it!”

But they don’t. Their minds have been so polluted and corrupted with vile hatred of conservatism and the GOP that they associate authoritarianism with Trump or George W. Bush, if he were president, he would be getting their anger. They see conservatives as denying them a good time, as supporting oppressive corporate regimes, of enabling climate change. They don’t see the Chinese doing that. The Chinese are the filthiest polluters on this planet. They don’t see that in them. Amazing thing.