RUSH: I just saw this environmental story over the weekend, and I had to do a double-take. Let’s see if Snerdley has the right reaction. This story is from CBS News. Headline: “Environmentalists Have a New Target: Charmin Toilet Paper.” 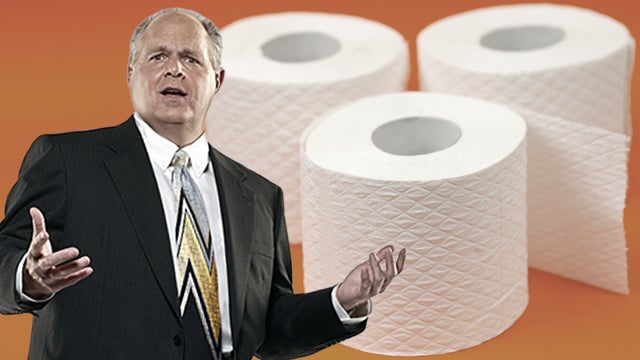 “Consumer goods giant Procter & Gamble faces pressure from environmentalists to clean up its act. More than 150 groups are pushing the maker of Charmin and Bounty paper towels to use recycled materials in its products.” As I say, there’s nothing new about it.