RUSH: Last week, Trump went into Louisiana and did a rally. Before that, he did a rally in Minneapolis. Now, something happened in Louisiana after the Trump rally that I will wager you haven’t heard anything about. Does anybody remember why Trump even went to Louisiana? (interruption) You do? Good for you! Good. Mr. Snerdley is on the case. There was a governor’s race. He went down there to tout an election. There was an election, in fact, the next day. Have you heard any stories about what happened in that election? 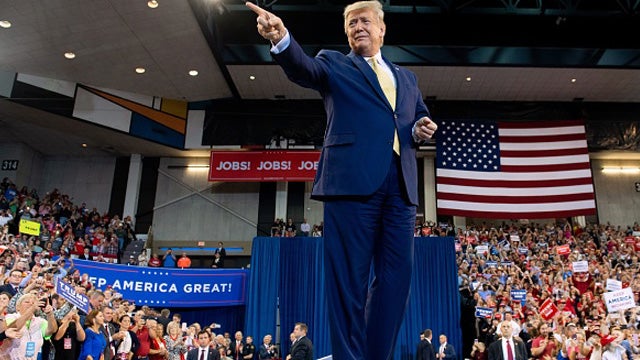 They had record turnout in a special election. Quote from the story: “The Hill, which also had a look, but ran an [bland] headline that didn’t match the content of its three-alarm fire for Democrats, noted that this Democrat loss came in a special election, and those normally don’t draw large numbers of voters, but this one did,” and nobody is drawing the connection that Trump was there the day before. Here’s the headline: “Brutal Wipeout for Democrats in Louisiana, and the Press [Is] Trying to Keep it Quiet — The last of the Louisiana state election numbers are in, and it’s not pretty for the Democrats.

“Not only does its moderate Democratic governor, John Bel Edwards, face a runoff … the state Senate has taken a supermajority. And a whole bunch of key state offices went squarely to Republicans. Funny how the press isn’t covering” it. It was a Republican wipeout. This Democrat governor should have sailed by. There should not be a runoff. But there is, and the press is not talking about it. The Drive-Bys don’t want you to know it. But there was massive turnout in a special election the day after Trump’s rally in Louisiana, and it says right here: “[A] whole bunch of key [important] state offices went squarely to Republicans.”