RUSH: This is from Politico. This is classic. This is how… You talk about ignorance? The press is no different. They are so… They’re cordoned off. They have cordoned themselves off from the truth. They cannot live in the truth. They have to create an alternative reality filled with illusion after illusion, populated by delusion after delusion, in order to tell them that Trump is toast. Here’s the headline: “The Hidden Menace Threatening the Democrats’ Bid to Unseat Trump in 2020.” Oh, so it’s a “menace”! The Democrats face a “menace” in defeating Trump.

I wonder what that is. Normally, it’s just an election. But, no, there’s a “menace” involved here. And guess what? Politico found emails. (Gasp!) Emails. (Gasp!) “Emails obtained by Politico reveal a Democratic Party grappling with an onslaught of twin threats…” These “twin threats” are the “menace” faced by the Democrats. You know what they are, the twin threats, as indicated by “emails obtained by Politico”? They’re “foreign election interference.” (Gasp!) Oh, no! Again? Yes, “and disinformation by Trump and his” friends. (Gasp!) 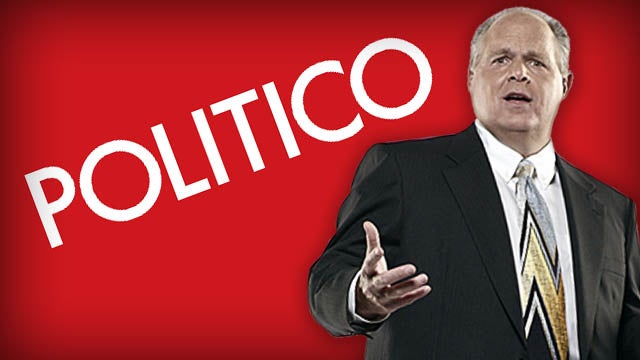 “But what isn’t talked about as much is that what might make a Democratic nominee ‘electable’ in an era dominated by disinformation warfare, is whether the candidate has a strategy and team to combat the kind of false attacks that Trump used to nuke Hillary Clinton and is now beta-testing against Biden.” So, you see, if it weren’t for Trump and the “menace” of foreign election interference and disinformation campaigns, the Democrats would sail through! It’s kind of like, “Damn it! If we didn’t have to vote, we could just claim power!”