RUSH: Okay. Now, whereas the Democrats in their debate, they’ll tick off on 15 or 20 minutes on impeachment and then never mention a couple things or three things, three or four things won’t come up because they’ll get sidetracked. No kids in cages, no immigration. No climate change in terms of questions asked. I will not allow such to happen here on the EIB Network. In other words, we are not gonna get sidetracked simply talking about the Democrats’ debate performance last night. There are other things out there that I think that you should know about. And they run the gamut.

Now, I have three stories here that have all been touted in various degrees of prominence, various websites, on cable news networks, but I guarantee you they are going to be overshadowed by the Democrat get-Trump agenda. 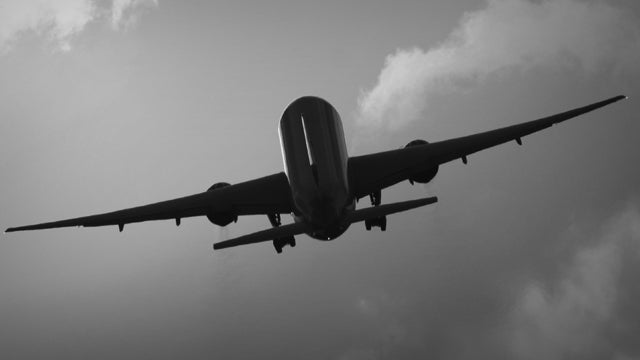 Here’s one from yesterday. CNN had a story suggesting that air miles programs should be banned and a tax should be levied on frequent fliers in order to reduce carbon emissions from aviation. If this ever happens, if this ever gets off the dime, this is gonna get people. You don’t take away their miles. You don’t take away their miles and have them not care about it and have them not notice it.

So now not only do climate change activists, meaning Democrats — and CNN’s all in favor of this — now suggest that air miles programs be banned and instead a tax levied on frequent fliers, the people that fly the most should have the benefit taken away and their taxes raised in order to reduce carbon emissions that have nothing to do with anything regarding man-made climate change.

“The measure is one of a number of recommendations from Richard Carmichael at Imperial College London, who published a report [last week] on how the U.K. can meet its target of net-zero carbon emissions by 2050.”

You have to pay the penalty. You have to face the obstacles because you have created the problem. If you weren’t flying so damn much, then it wouldn’t be a problem. You wouldn’t be emitting so many carbon footprints up there. Richard Carmichael. Who the hell cares what Richard Carmichael thinks? Well, the media does because he has some survey or study that fits their agenda.

So this independent committee on climate change body “that advises the U.K. government, which has previously said the country needed to become carbon-neutral by 2050 in order to fulfill its obligations under the Paris Agreement.”

Okay. Can I tell you the truth about the Paris Agreement? The Paris Agreement has no promises. Well, it’s meaningless for a lot of reasons, but all it was was targets. This is why Trump signed out of it. Well, he signed out of it for a bunch of reasons. It’s all bogus, folks. This whole climate change, carbon emissions, Paris accords, it’s all bogus.

But in terms of just the Paris accords themselves, there were never any mandated carbon footprint figures that any country had to meet. All they were were pledges, they were commitments, they were an acknowledgment that they would try to limit their carbon emissions to certain levels by 2050. But there was no hard, fast law passed and penalties if they weren’t met.

It was also all bogus. It was nothing more than a PR thing. It was toothless. I was irrelevant. It was nothing more than the left trying to further the illusion that they’re doing something here. So here comes this guy, Richard Carmichael representing the independent Committee on Climate Change advising the U.K. government, saying that the U.K. needed to become carbon neutral by 2050 in order to fulfill its obligation.

It didn’t make any obligations. It committed to try, as did every other signatory. You’ll pardon me for being a little flustered here because it’s all such a pack of lies. I get frustrated trying to tell people that they’re listening to and dealing with a pack of lies. I don’t know how else to say it. Maybe recategorize it. It’s a phony PR issue. It’s an effort to creation an illusion. It’s delusional, whatever.

But there was no hard, fast agreement that people signed, that countries signed where they promised, under penalty, that they would reach a certain level of carbon emissions by 2050. All it was was a bunch of countries getting together under the banner of the U.N. to make people think they took it seriously, think they were doing something about it, placate people, but there were no commitments, there were no promises. They were just a bunch of meaningless targets.

“The U.K. later became the first major economy to legally commit to the target.” Oh, what a bunch of fools. See? It held no targets. There was no legally binding until the U.K. said, “We’ll do it.” This report does not represent the recommendations of the Committee on Climate Change. “Flying is a uniquely high-impact activity and is the quickest and cheapest way for a consumer to increase their carbon footprint.”

Here’s the whole sentence. “Air miles programs encourage people to take extra flights to keep up their ‘privileged traveler status’ and should be banned, according to the report.” Oh, see, you’re now privileged. That means that you’re getting a special benefit that isn’t fair because other people don’t have it. Never mind the fact that you’re earning it!

It’s still not fair. You’re privileged. Other people aren’t. And your privilege is destroying the planet. So you should feel really guilty about it now, and you should be asking how can you make amends, how can you be forgiven for this sin, hmm? Because your privileged status is allowing to you fly places that you don’t need to go.

“An air miles [tax] would be based on the number of miles flown by each passenger, penalizing those who fly the most while leaving the majority of people unaffected.” See, you privileged people, the privileged, they’re gonna get punished. They’re gonna pay the price. And this is how Democrat voters have been conditioned to think that the Democrat Party is working for them. Okay. That’s just the first story.

Here is the second one: “Climate change activists, including one of the founders of Extinction Rebellion, defied a police order to end protests on Tuesday after a week of disruption in London, targeting Britain’s transport ministry and security agency MI5. Gail Bradbrook, one of the founders of the group that is half way through two weeks of actions around the world, climbed onto the top of the entrance of the transport ministry to protest at a high-speed rail project known as HS2.

“‘This is nature defending herself,’ Bradbrook said, as civil servants looked on from a gallery inside the building and police cordoned the street. ‘I’m doing this for your children.’ Invoking the example of women’s suffrage activist Emmeline Pankhurst, Bradbrook tried to smash one of the ministry’s windows with a hammer and screwdriver before she was brought down by a police climber in a cherry-picker and arrested.” This story has everything.

“The activists oppose plans to run the HS2 rail project through ancient woodlands.” That’s the first I’ve ever heard of a bunch of leftist environmentalist wackos opposing a train. They love trains! And in Europe! But this train is going to go through “ancient woodlands,” maybe through Nottingham Forest where Robin Hood used to work. “The ministry says the rail line will slash journey times between central and northern England and the capital and be much more efficient in carbon terms than driving.”

Okay. Third story. Still with me? “Drive-thru windows at fast-food restaurants…” This is CBS Eyeball News. “Drive-thru windows at fast-food restaurants, banks and other businesses have long represented the convenience for which American businesses are renowned. But the ease of idling in a vehicle while waiting for your order is now associated with another development: climate change.” So when you show up at Mickey D’s, when you show up at the Big Burger Whopper joint and you are waiting in line at the drive-thru, you are helping to destroy the planet. 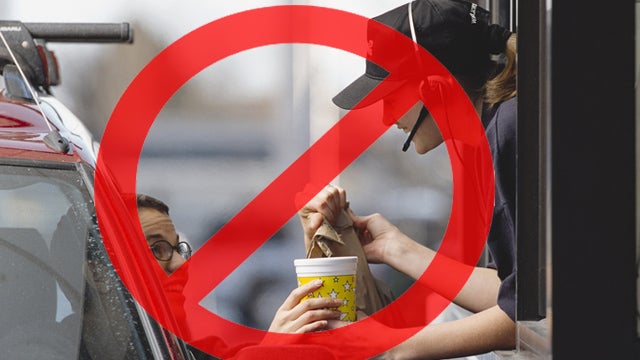 So “communities across the U.S. are banning drive-thrus, citing the additional carbon emissions that are released. Minneapolis this summer banned construction of new drive-thrus, while officials in Long Beach, California, have imposed a six-month ban on new drive-thrus while they study the issue. Similar ordinances restricting or prohibiting fast-food windows have also been adopted in communities including Creve Coeur, Missouri; Fair Haven, New Jersey; and Orchard Park, New York,” where the Buffalo Bills played.

“Most of the bans are intended to curtail emissions, cut down on litter and make it easier to walk around business areas, while some towns are motivated by a desire to improve the aesthetics of a community. At other times, such bans have been touted as a means of fighting obesity by discouraging fast-food consumption. There’s conflicting research on whether banning drive-thru windows improves health, however.”

Whoa, whoa, whoa, whoa! Conflicting? You mean it may not matter? You don’t need the research. Folks, this is totally… It’s BS. It’s totally bogus. These leftists cannot leave anything alone, and everything they touch gets ruined to one degree or another! Well, ruined is a full fledged state. It’s damaged. These people are even damaging impeachment with the way they have mishandled this.

They’ve already created much doubt across the country about the honor and integrity of the presidential election process in this country. They’ve already got people thinking it’s run by the Russians. Can’t they just stop? Just… Just leave us alone. Just stop this! Just stop meddling in every freaking thing! And while we’re at it, since I’m getting things off my chest, could we stop making movies about cartoon figures? Could somebody just grow up?