RUSH: Here’s Jeff in Minneapolis. It says here that you think I might be underestimating the impeachment effort a bit.

CALLER: So, yeah. Don’t underestimate the power of the deep state, is my thought. They got their hands in the cookie jar, both sides. Donald’s taken it away. They don’t want to lose it. So I wouldn’t ignore a vote in the Senate to impeach Donald Trump.

CALLER: I do. With all the things that have happened since Donald Trump came on the scene, I wouldn’t be shocked by anything.

RUSH: Okay. So what makes you think that this impeachment is going to — this isn’t an impeachment yet, by the way.

RUSH: So what makes you convinced that Pelosi is gonna actually authorize an official impeachment by calling for a vote and then assigning House managers to present the case in a trial to the Senate? 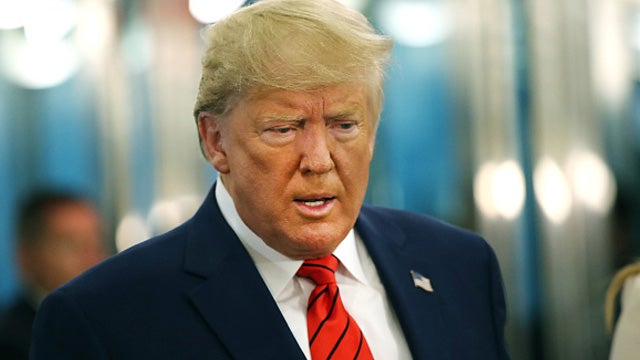 CALLER: I think maybe some of the Never Trumpers that keep kind of popping up now and then may have something to do with it, the Mitt Romneys of the world and even Lindsey Graham flip-flopped a little bit there. So are they laying in the weeds waiting for the right moment? Are we blind again to that? The power? The greed?

RUSH: No. I have every suspicion you do. But I’ve also looked — let me share with you and thus with everybody else some of my thinking on this. I think, actually, folks, that a pause in impeachment is coming. This whole thing’s a sham. Yeah, I know what you’re saying. They’ve gotten away — you think they’ve gotten away with lying about everything. Because everything they have said about Donald Trump in terms of their allegations of his illegal conduct, all of it has been a lie. There’s not a shred of evidence backing up any allegation they’ve made, starting with Russia collusion and meddling.

They have lied about Stormy Daniels. Everything is a lie. They’ve got the media on their side legitimizing these lies. They’re reporting these lies as factual stories without sources and without any evidence. And so the illusion is being presented as well by the media. They are trying to make what is a Democrat political strategy look like news, like they make poll results to be news.

What Adam Schiff is doing is not an impeachment hearing. He’s running a scam, closed-door sessions. Republicans are not allowed in. They’re not even allowed to see the transcripts. Schiff then makes up what the witnesses are saying or takes a sentence or two out of context and leaks it to the media, which gets reported as a news story, usually as more bombshell testimony.

But this is contrary to every precedent that has ever been set regarding impeachment. And I’m telling you, 63 million people voted for Donald Trump, and it’s not gonna persuade them. This is not going to sell to the public once the public learns that there has been no cross-examination, there have been no public hearings, there have not been any Republicans permitted in this thing. It’s not an impeachment, then. And why is Pelosi still afraid to call a vote? She’s not gonna call a vote because she doesn’t want this to end, folks. This is the 2020 campaign.

Because, see, there’s a factor here, we’re getting closer to the election every day. The public is going to increasingly say, “Why don’t we just wait? What is the point? The election pretty soon is gonna be just a year away. What is the point of all this?” Both of the past recent impeachment efforts, Clinton and Nixon, were against reelected presidents just starting their second terms. Well, in the case of Clinton, just ending.

RUSH: And, by the way, Republicans in the Senate are not gonna vote to impeach Donald Trump unless they want to destroy the Republican Party. That would be the only way that would happen, folks.

RUSH: “Dear Mr. Limbaugh” — this is an email I got after the conversation I had with the caller from Minneapolis who believes that it’s entirely possible that 20 Republicans could vote to impeach Trump. He is totally convinced there is so much opposition and hatred for Trump, so big a desire to preserve the deep state, the administrative state, the Washington government, that they will burn it down to keep it, even if that means 20 Republicans have to vote to remove Trump. 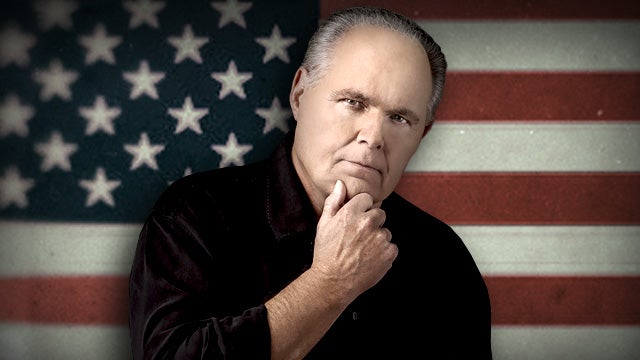 “But you know what, Mr. Limbaugh? He’s never done. All these bombshells and all these things I fell for never actually worked. They never actually happened. Trump always survives them. In the end, they do not get Trump. They don’t take Trump out. In fact, Mr. Limbaugh, what I think they’re doing, I think they are building Trump’s base. I think they are stoking Trump’s base to support him more. Trump always finds a way to win. And that way is mostly because he’s innocent.

“He didn’t do any of this, Mr. Limbaugh. Literally none of what he’s been accused of has he done. None of it. At some point, Mr. Limbaugh, this has to matter. He hasn’t done any of it. They don’t have evidence for any of these allegations they have made. And devoid or absent that, the tentacles of the swamp simply cannot get him. So, Mr. Limbaugh, I trust Trump. I do, even when it’s hard and even when I get swayed, even when I waver, even when I go wobbly kneed, even when the Drive-Bys get me, I end up returning to Trump, realizing they haven’t ever succeeded.”

Yeah. Now, they haven’t succeeded in getting rid of Trump, and they won’t. You could argue they’ve retarded his agenda implementation. Imagine what Trump could have done with a 55% approval rating. Imagine if these people actually had unified. Let’s just say in the first year, imagine if the Republicans alone, when we had the House, imagine if Paul Ryan could have led a unified House with Trump the first year. To hell with the Democrats. They didn’t control anything then.

First two years. Imagine if the Republicans alone had been unified with Trump in the first two years. But no, didn’t happen. So there has been an impact. They’ve slowed the agenda down. They’ve created doubt, this kind of thing. But they have not succeeded in their topmost agenda, and that’s reversing the results of the election, getting rid of Trump.