Why Trump Won’t Turn Over His Tax Returns

CALLER: Good. I have some questions maybe you can help me with.

RUSH: All right. Do my best. 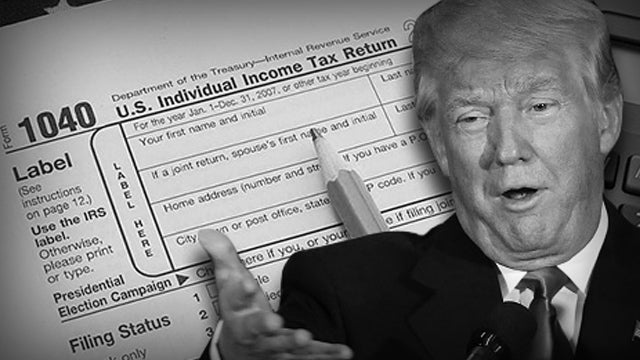 CALLER: The president, every time he says something and they catch him at it, everybody lies, but him. He won’t turn over his tax reports. I don’t know why. He’s forced to live in a dump like the White House, and everybody has to defend him three hours a day, five days a week. It’s a little worrisome if he has to be defended that much.

RUSH: So, did Bush have to be defended this much and —

RUSH: No, I’m talking about all Republicans. Trump is just the latest in a long line and the most exacerbating one, but I get what you’re doing. You’re telling me I have to defend Trump so much that he must be lying. Why does it take me three hours to defend Trump every day. Well, CNN’s on 24 hours a day lying about him, so I only got three here to compete with them.

CALLER: I don’t watch CNN. I want you to answer me, what you think why.

RUSH: What do I think — why — what is the actual question?

CALLER: Why won’t he turn his tax reports in? Why is everybody in the world lying, but him? Why does he have to be defended so vigorously?

RUSH: Precisely because there are people like you that still don’t get it. And you remain one of the reasons I do this show every day. And I don’t mean this insultingly. His tax returns are nobody’s business. You want his tax returns ’cause the media wants his tax returns ’cause they think there’s gonna be something in there that proves he’s in bed with Russia ’cause they can’t prove it any other way because it isn’t true! You are the exact reason I continue to do this. And maybe it ain’t working, folks.

It’s become an article of faith that people running for office will make a big reveal of their income tax returns every year to show that they’re average people. They’re no different than you. It’s a way of making yourself look like you’re not trying to hide anything. But people who do this, people who have political aspirations make necessary adjustments, so they start living their lives in certain ways to create tax returns that look a certain way that the public expects.

They wear coats and ties all the time, they go to rubber chicken dinners. You know, there is a list of things your average, run-of-the-mill political candidate, political official has to do. Now, somebody who has grown up and has reached the age of 60 and has never even thought about running for political office will not have structured his tax returns, his tax affairs, any of his financial affairs in ways that will survive public scrutiny. But people who have a lifetime ambition of being in politics do. 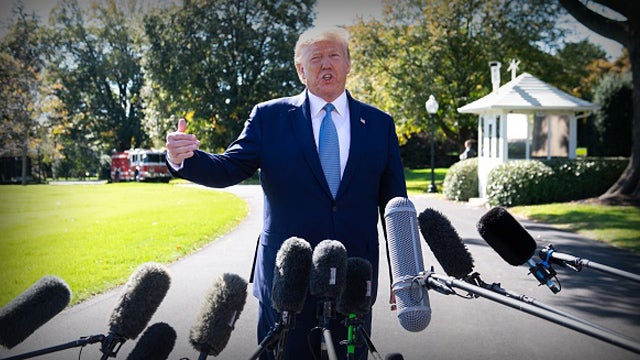 Well, somebody like Trump, who has never had political aspirations, is gonna structure his financial life entirely differently. He’s gonna go for every deduction he can get that the law allows. He’s gonna use tax lawyers to put together a return and a financial life that will be legal under the eyes of the IRS, but it is not designed for public consumption, and it’s not designed to help him go further in his business. People in politics, this is an article of faith they have to do. So here comes Trump at age, what, 70, he decides to run for office. “You gotta release your tax returns. Everybody does.”

“I’m not gonna release ’em. There’s stuff in there you wouldn’t understand. I didn’t structure my –” I mean, he doesn’t say this publicly, but this is why. The public has grown accustomed to seeing tax returns that are vanilla, uncomplicated, don’t have thousands of pages of deductions and whatever else. He just doesn’t want to give anybody any ammo.

It’s just another illustration here of what I think you could almost say is the phoniness of people in politics. I mean, how many you have — honestly, now — how many of you think about preparing your tax returns every year with the first objective being it better look good when people see them? How many of you never expect your tax return to ever be made public? I’d venture to say most of you, because most of you don’t think you’re gonna be running for office, and most of you don’t think anybody else is gonna care.

But people running for office or wanting to be in politics, this is one of the first things they do, is live a life and prepare a financial structure that will survive public exposure. And there’s any number of ways of doing this to make it pass muster with the American public. And depending if it’s a Republican or Democrat, Obama could release a tax return that show him paying no taxes at all, the media would applaud him for brilliance.

The media would applaud Obama for taking advantage of every tax loophole he had, great tax attorneys, look at Obama, and he owed this, he’s deserving of this, he was a descendent of slaves, this country has mistreated African-Americans, if Obama paid no taxes, then that’s great. That’s how they would treat it. Or a variation of that. You think Trump would get that kind of benefit? You think Trump would ever get praised for being brilliant in the structuring of his financial life if there were questions about his tax returns? There’s no way.