Did You Know Senators Can’t Campaign During an Impeachment Trial?

RUSH: I want to test your knowledge of civics and the Constitution. Let’s pretend, let’s imagine that there is an impeachment trial in the Senate. And, no, I have not forgotten about Republicans and Democrats and panic stories, they’re coming up. Do you know what happens during a Senate trial? The odds are you don’t. Many of us have only ever seen one. That was the Clinton trial in the late 1990s.

There are some rules that apply for Senate behavior during an impeachment trial. Among those rules are these. If the Senate has an impeachment trial during that time — some say it would be six on eight weeks, it depends on how many articles of impeachment that the House prepares. Each article is a case that a member of the House is assigned. He’s called the House manager, and he would be the prosecutor. He would present the case to the Senate.

There were 12 such articles, I believe, presented against Clinton, if my memory serves. I don’t know how many there would be here. I don’t think this is ever gonna happen, by the way. They’re gonna try to get rid of Trump every which way from Sunday but they can’t do this. Well, I say “can’t.” I mean, they’d have to come up with 20 Republican senators who they know would vote for impeachment. They would have to be lock solid assured of this before starting it. And, you know, Pierre Delecto is out there trying to make that happen, make no mistake about it. Mitt Romney.

So a Senate trial, let’s figure four to six weeks. And when would this start, by the way? This would not start before the end of the year. They can dream about it, but Democrats aren’t even gonna have a vote yet. They’re not even gonna go public. Schiff is talking about maybe having some of this testimony that he’s doing in public after Thanksgiving or sometime in November. The point is, that no member of the Senate can engage in campaigning during a Senate trial. Did you know that? 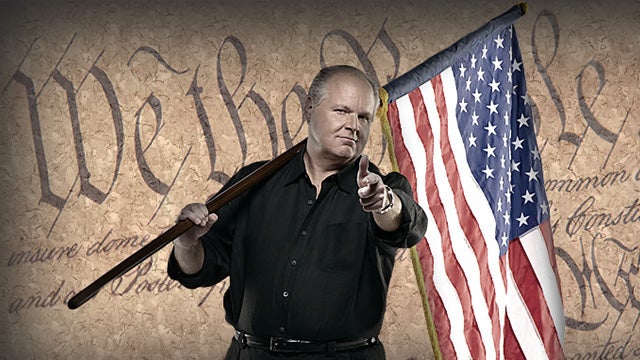 How many senators are running for president on the Democrat side? They would not be permitted to campaign. You can’t do it. The jury can’t go about their own business, jury can’t do anything involving the case while they’re sitting and hearing it. Same thing for the Senate. Well, let’s go through the names here.

But guess who could campaign? All the rest of them. Like Mayor Pete could campaign and take your pick, any of the rest can campaign, but none of the senators could.

Do you think they would go for this? And, by the way, the Senators have to be in session Monday through Saturday starting at about noon every day. Gives everybody time to get up. Now, they would have a lot of TV time to preen like they did the Kavanaugh debacle, but they couldn’t campaign.

Now, you could look at it one of two ways. Well, that means Mayor Pete and Tulsi Gabbard and all the rest, why, they could be on TV all day. They could continue their campaign to get noticed left and right. Or, you could say they couldn’t even get noticed because all the attention will be on the Senate trial.

Do Americans want to see these people wall-to-wall talking about impeachment and not jobs or health care education? Do these people want to give up their campaigns? Remember, the primaries start with the Hawkeye Cauci, then New the Hampshire primary in January.