My Warning from the Day After Trump’s Election

CALLER: So, Rush, I clearly remember tuning into this program on Wednesday, November 9th, 2016, which was the day after the people of this country elected Donald J. Trump the 45th president of the United States. And, Rush, I was fired up. It was like every sports team I watch win their championship on the same day, it was the greatest day of my life. 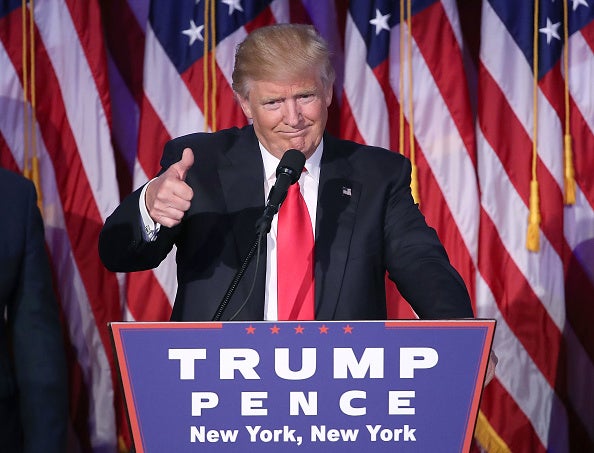 And I remember you came on the air and you didn’t have that tone and you were the only person in conservative media that day who wasn’t taking a victory lap. And it’s not that you were angry, but you were fired up, you were hot. And your reaction was not what I expected it to be, and for a long time your show that day, it stuck with me. And, Rush, I finally figured it out and I have to give you credit.

You saw this fight coming from day one. You knew the enemy, you saw the lies, you were ahead of everyone in the country and you were literally An Army of One out there on the front lines fighting the battle for Donald Trump, for us his voters, and for everything that makes this country great. And, Rush, I want to just say thank you for what you do. It may not completely make sense at the time to all of us, but you are out there fighting, we are behind you, and we appreciate it.

At 9 o’clock, Chris Wallace and the Fox News Channel says, “You know, wait a minute, this is not adding up the way we all thought.” And then you make the rounds, all of the networks and their election coverage, and you can see the faces getting longer. It ain’t unfolding like they all knew it was going to.

Then at midnight, vote totals stopped being counted. Trump was ahead, Electoral College, but still hasn’t gotten enough to be officially proclaimed over the hump. Yet we all knew he had. There was an hour and a half, midnight to 1:30, not one state added to its vote totals. We knew what was going on. They were scrambling everywhere they thought they could save Hillary.

Finally, by 2 o’clock, everybody on network TV had to admit it. Trump had won. And we came in here the next day, just 10 hours later. I was giddy, but we could go back. Pat here is right. That very day, the day after Election Day, that very day I warned everybody what was coming. And that’s what he interprets as not being giddy. He thought, “This is not the day, we just won, we just won the World Series, we just won the Super Bowl. What are you doing trying to tamp it down?”

I wasn’t trying to damp tamp it down. I was trying to remind everybody that they weren’t gonna put up with this. They weren’t going to accept this, and I warned everybody that the effort to deny Trump his inauguration was going to begin and probably had begun, and you were going to see that effort manifest itself in coming weeks on TV, and I was right. And our caller here is just calling to remind everybody. He was wondering why I was not all hot to trot, because I had to warn everybody what was coming, and it did!

RUSH: I want to get started in this hour with a revisit. We’re gonna go back to the Grooveyard of Forgotten Sound Bites. This is from November 9th, 2016. This guy that called 45 minutes ago said, “You know, Rush, I’ll never forget the day after the election. I was giddy, we had won the Super Bowl, I was just up like I hadn’t been up in a long time. But you, you kind of threw some cold water on it, and it turns out you were right. We just gotta learn to listen to you.”

And what he was talking about was — I was giddy as well as anybody else, but I also issued a warning. This is the day after the election, November 9, 2016. This is what I mean, cutting edge, societal evolution.

RUSH ARCHIVE: They are seething with rage and they’re already plotting how they can delegitimize this Trump victory, and this is the way they’re gonna do it, by claiming he’s illegitimate. The popular vote, Hillary Clinton won, we get screwed again, and they’re gonna make a move to get rid of the Electoral College, not ’cause they want to get rid of Electoral College, although they might. It’s a vehicle for them to try to portray the Trump victory as illegitimate, just like they did to George Bush in 2000.

And you see how that worked out, by George Bush’s second term, they had everybody in the country believing he was illegitimate, and his wars were illegitimate, and Abu Ghraib was illegitimate. We were torturing people and we invaded Iraq because they wanted to get even with Hussein for trying to kill his dad, all this stupid stuff.

But they took this country down the sewer taking George Bush out. It took them four years to get his approval number down to the thirties, and they’re gonna start on Donald Trump in about two weeks. They will intensify it after he is inaugurated. This is gonna be one of the ways they do it. Do not doubt me. This hasn’t even begun yet. Just stick with me and don’t doubt me.

RUSH: Has all of that and more come true? Yes, it has. What’s the big difference, though? They succeeded in getting Bush’s numbers down to the thirties. They cannot, despite 10 times the smears that they leveled at Bush, they can’t get Trump’s numbers below 42, in their own polls. They can’t get ’em below 50, 49 at Rasmussen. They’re simply not succeeding. And this just compounds their frustration.

The more they fail, the angrier they get. The more they fail, the more committed they get to succeed. And the more they double and triple down on the outrageousness and the lies. And, folks, here again, let me be very, very clear about something. This that is happening in our country now is not par for the course. This is not a battle between left and right per se, as all the battles in this country are. It’s not between Republican and Democrat or conservative and liberal. This is about something much greater.

The left in this country is now attempting to literally subvert the U.S. Constitution by overturning the 2016 election results. That’s all this is. It’s all it’s ever been. It’s been dressed up as a Russia investigation, Russia meddling. This impeachment inquiry is all about finding a way to get rid of the guy who won the election. And it’s being run by people who are upset that they lost.

One of the ways this country has remained glued together is honorable people on both sides accepting the outcome of elections. Now, that may sound National Honor Society naive, but it isn’t! It has been profound in holding the country together. What is this country? When you boil it down, this country is the Constitution. What’s that? It’s words on paper. It’s brilliant words on paper, but it’s just words on paper.

That’s gone now, folks. Whatever you want to call these people, the deep state, the administrative state, they are making it clear who they’ve always been. In the past it hasn’t mattered who won elections, Republicans or Democrats. The deep state succeeded, it survived, it prospered, it grew. Republicans knew their place in it. They were to lose most of the time, honorably, and when they won, they were to act like it was a mistake.

The Democrats were always going to be perceived as running the government, running the town. The media would take care of that. Now we’ve had somebody win who is not part of this establishment and who has sworn to dismantle it. And we see how they react. And right now the Constitution does not matter to them. Their own survival, the survival of their small, elite, closed membership club is all that matters. And that’s what we are enmeshed in here.

It’s not Republicans versus Democrats, although it manifests itself as such most days. But that’s not what’s at stake. This is not just a common ideological or partisan fight that has reached extremes. This is a brand-new objective. Some of you might be thinking, “Well, Rush, it has to have happened before.” When? 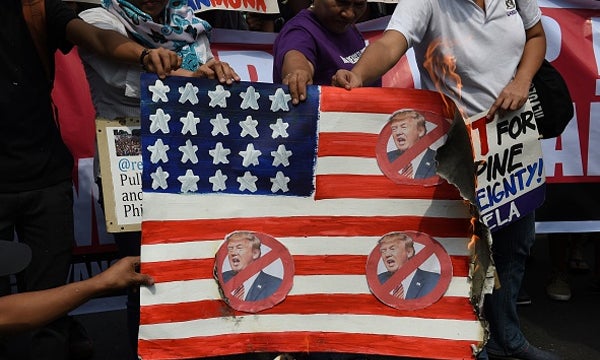 I know they hated Nixon, and I know they hated Reagan, and I know they hated George W. Bush. And I know they didn’t believe Bush was legitimately elected in 2000. But they never ran a coup to literally get rid of the guy, which is what this is. Now, the establishment smirks when they hear that word used. And I mention all this because this is serious. And so now the formalizing of a criminal investigation into the people that are to this day running this coup is likewise something else we haven’t seen. It may not make that big an impression on us. We’re living through it. We have other things to focus on, got our kids, our families, our jobs.

But we’re in the middle of history here. We’re in the middle of an effort that we’ve not seen happen before, not in any way animated as this one is. That’s why it’s deathly serious. And that’s why the powers of the establishment are willing to do anything to hold on to what’s in their mind theirs. And what is theirs, by the way, is not yours. They don’t see Washington as your capital. It’s their town. It’s their government.

Your expectation, keep the economy humming, get up, go to work every day, pay your taxes, making everything else they do possible. All the while they will call you deplorables, and they’ll insult you, laugh at you voting the way you do. But they damn well expect that you’ll keep the country running while they at the same time try to take your decisions away from you, literally try to invalidate your vote.