RUSH: Trump was praising today the value of people’s 401(k)s, the stock market at an all-time high, economic activity shooting through the roof. On the Democrat side, “Growing Uncertainty Looms Over the Democrat 2020 Primary.” Growing uncertainty? There’s nothing growing about it. The uncertainty has been there since day one. 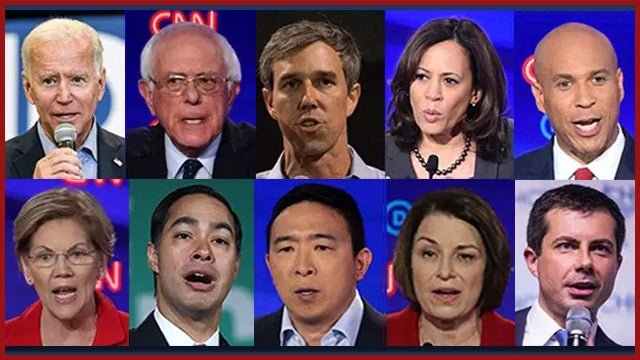 There’s not a one of them in that list of 23 that excites enough people. So now the next headline from Real Clear Politics: “Thinking of a Late Entry into the 2020 Primary? Think Again.” This is a story about how saviors coming in late in the primary process — like a Michelle (My Belle) Obama or a Hillary Clinton or whatever — bomb out. They never save the day. It never works. Late entries, all they end up doing is exposing the failures and the deficiencies and the incompetence of those who have already tried.