The Coup Conspirators Deserve Their Comeuppance 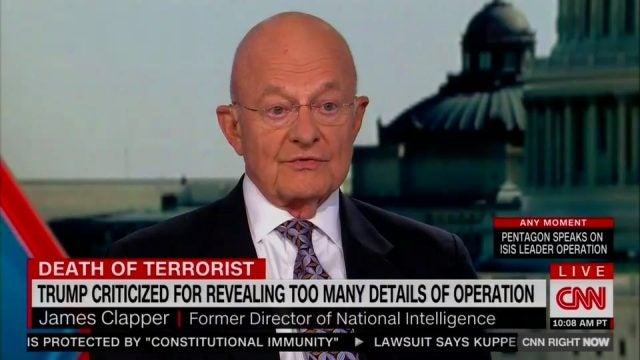 And there’s another excerpt from the Lee Smith book that I mentioned last week. I’m gonna try to get to it in the next hour, and it again focuses on the entirely manufactured event with George Papadopoulos by the FBI to create the so-called beginnings of the operation. They manufactured an event, they planted information with Papadopoulos, i.e., the Russians had loads of Hillary’s emails. Then they made sure Papadopoulos met the right people to brag about knowing that, and that person, Alexander Downer, the ambassador to Australia then called the FBI, said, “I got this guy here bragging about the Trump campaign knowing –” it was all a setup. It was manufactured.

This thing is gonna get blown sky. You and I already know everything that happened. And Lee Smith’s book, Andy McCarthy, Ball of Collusion, there’s so much stuff out there now that they’ve lost the monopoly of the new cycle on this. Anyway, here’s Clapper reacting. He was on CNN just this afternoon with Brianna Keilar reacting to Trump’s announcement yesterday of the death of al-Baghdadi.

CLAPPER: As an intel guy, somebody who has spent his life doing intelligence work, you know, you kind of cringe when you hear a lot of these little details which, in and of themselves individually may be not very damaging, but the totality of them. And you can be sure our adversaries go to school on all that.

RUSH: Give me a break. We’ve just taken out their leader, spiritual and actual. “You can be sure our adversaries are gonna go to school.” Adversaries went to school on you and Obama! So here’s another guy — I guarantee you this guy is in it up to his bald headed neck. And he’s still given time on CNN to try to CYA and deflect all of this stuff. “You kind of cringe when you hear a lot of these details which, in and of themselves, may not be very damaging.”

You know, folks, these people, I have never wanted a group of people to get theirs more than this bunch. I normally don’t focus my energy on things like revenge or vengeance or any of that. I normally think it is a waste of time, and it’s usually something over which I don’t have any control, so it’s a literal waste of time. But with this bunch, they’ve got so much coming, they’ve got so much to answer for, there is so much the American people need to have official knowledge of. There is so much.

RUSH: There he is again. I can’t… You know, as I say, I’m not one to seek revenge or vengeance. It’s a waste of time. It’s always gonna disappoint you. You’re never gonna be satisfied with it, and you can’t control it anyway. I learned late in life, by the way, not to try to control events over which you have no control. I can’t tell you how much time I’ve wasted being stressed out over things I couldn’t control. I didn’t learn until late in life how stupid that was, even though I had heard it all kinds of times. You know who says it more than anybody is athletes.

Football coaches say, “I’m not gonna waste time over things I can’t control. What’s happening to other teams is not my business.” I’ve heard that all my life and never paid attention to it ’til it was rammed home to me in another way. But every time I see Andy McCabe on CNN — Andrew McCabe, this FBI director that’s up to his eyeballs in this attempted coup — as a legitimate commentator on CNN, it just burns me. It just burns me. This guy is one of the architects of a series of lies culminating in a gigantic fraud that was a silent coup to undo an election. 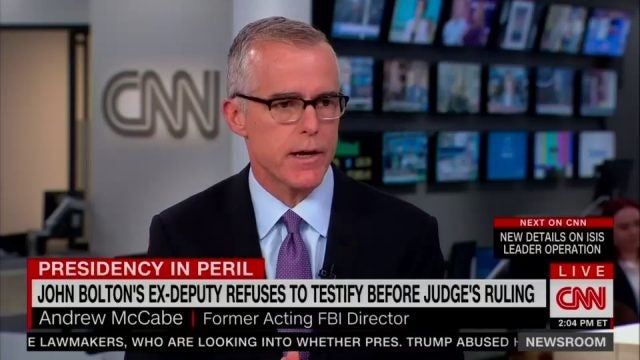 And here’s this guy on CNN testifying as though he had nothing to do with it; he’s just an apolitical objective analyst of the news of the day. When in fact, CNN’s giving him a chance to cover and obfuscate and lie — and it just rubs me raw. But that’s enough of that.