The Coming Snowball of Good News

RUSH: I don’t want to get ahead of the game here, folks, but I’m hoping that some recent events, some good news things presage a snowball effect of good news. For example, we’ve got the new book by Lee Smith that’s out this week which exposes everything Devin Nunes found about this corrupt so-called investigation into Trump. The American people en masse get a load of this, and it’s entirely possible it’s gonna change things dramatically.

The Barr investigation is ongoing. Kim Strassel’s new book is out about this as well. Andy McCarthy, Ball of Collusion. We have flooded the market with books about the truth of this investigation. We’re nearing a crisis point here where I think in this race that we are in with the left and the Democrats we can have a snowball effect of good news for our side. And I think one of the signs that this is on the way to happening, Pelosi has all of a sudden called for a vote for impeachment, everybody says in the House.

And we’ve got unhinged left wing furor over Baghdadi. We’ve got the Democrat Party reduced to sympathizing with Baghdadi! The Democrat Party is sympathizing with a terrorist! We’ve got Max Boot, a former Republican, now a Never Trumper who has had to withdraw a bunch of tweets from his Washington Post column. He said Baghdadi was no coward. Trump is the coward. Baghdadi was brave and courageous. There was an overreaction — well, not overreaction. There was an amazing reaction to that even on Twitter which, you know, Twitter runs everything. And he had to withdraw that, retract some of that.

The Democrats have the appearance of being on offense, but if you ask me, they are actually playing defense. When it’s all said and done — let me take you through a list of things and ask you what is gonna make the biggest impact on the 2020 elections? Here’s my guess, based on what we know. Here are the biggest impacts on the 2020 elections: the economy. It’s excellent.

If it maintains — we’ve got stock market records, 401(k)s are through the roof. That is the stock market benefiting the American public en masse because everybody who has a 401(k) is invested in the stock market. Whether they know it or not, they are. And as they see their 401(k)s ballooning and wages are up and so forth, the economy is a plus factor. 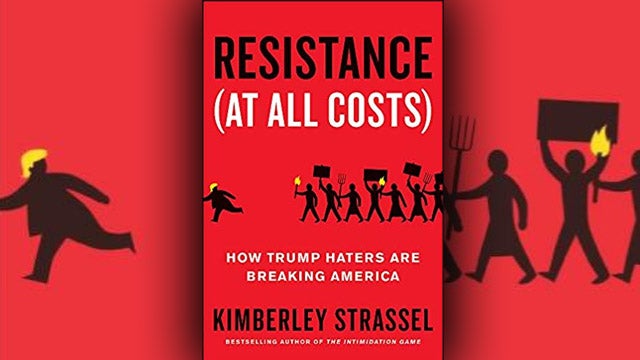 Now, there are caveats to these two things. There’s increasing data, polling data that shows American Millennials are trending more and more in favor of socialism and communism, and it is a direct result of what they are being taught, my friends. It’s a direct result of Marxism, socialism, capitalism, being taught favorably and being promoted in economics and history classes both in high school and college. So that’s something that we’re gonna have to deal with.

I’m gonna take these polls at face value. Now, when I was a kid growing up, we had the sixties. We had a bunch of young people that believed in communism and Marxism then. We had a lot of people that were caught up in the magic of socialism. The lure of socialism is timeless. It boggles the mind, but it is.

My point is that young people throughout modern American history have always, a certain segment of them, have always found something idyllic, something romantic about the notion of socialism, because it’s fair and it’s equal and there’s no competition so that means there’s no losers and there’s no winners. And everybody’s the same, and nobody gets laughed at, and nobody’s better than anybody else.

It’s this kind of adolescent stuff that appeals to adolescents that they’re holding onto now as they grow holder. Because it’s taught, because it’s in the movies they watch, it’s in the music that they listen to. So it’s something we have to deal with. I don’t want to give you the wrong impression here that I don’t think we’ve got problems. As you know, I believe we do. They’re ongoing and constant, require constant vigilance. But I’m saying in the upcoming election here, I really think it’s the Democrats that are playing defense.

This also appeals to certain elements of the Democrat base because punishing anybody that has any more than they do is a valid political objective the Democrats have fostered. The Democrats are promising free health care to illegals paid for by tax increases on the middle class.

Then we’ve got — glaring for everybody — the failure of the Mueller report. When the rubber meets the road, Trump publishing the transcript of his phone conversation with the Ukrainian president is gonna redound to his benefit. We have the killing of al-Bakr al-Sahib Skyhook Baghdadi — who now the Democrats are sympathizing with, who the Democrats have been forced to sympathize with him on their opposition to Trump. We have books written by Andy McCarthy, Kim Strassel, and Lee Smith that I just mentioned a moment ago.

It’s not just one book, it’s three — and they are all excellent, and they all take a little different path to get to the same conclusion that is obvious. These books are going to be talked about, they’re going to be read, they are going to be effective. We have the Horowitz report and the Durham investigations. And then, of course — at the bottom of the list — we have me, bringing it all to light and keeping it all in perspective and making sure that all of you are aware of all of this. Everything the Democrats are doing is in response to all of this that I just mentioned to you.

The Democrats are reacting to the economy, and they’re not doing it well. The Democrats are reacting to getting a terrorist. One way to look at this: How does Trump use intel? How does Trump use the intelligence agencies? He goes out, he finds the location of bad guys — terrorists — who’ve been wantonly murdering Americans, and he wipes them out. How did Obama use intel? To spy on Trump. How did Obama use the intelligence agencies? To try to overturn the election results of 2016, which they are still doing.

Obama ended up corrupting the intelligence agencies, and they are still at it with this endless parade of witnesses before Pelosi’s sham impeachment committee. (Schiff’s as well.) More on that coming up here in just a second.  But I’m telling you, the Democrats have the appearance of being on offense, and they may even think that they are.  But I believe, in reality, they are playing defense.