RUSH: So as I’m watching all this stuff unfold before my very eyes, guess what I saw?  There was a cutaway, a cutaway to the California fires. 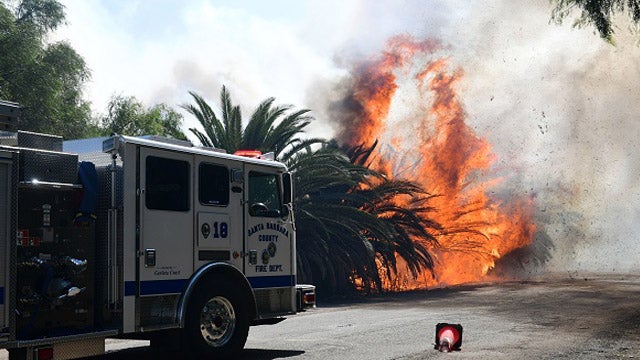 Massive, numerous fires. Many of them out of control.  Some of them endangering valid, great institutions like the Reagan library.  There are homes in areas where the so-called prominent live which are now threatened.  We’ve got blackouts.  We got people unable to charge their electric cars so they can’t save the climate!  (What are the fires doing to the climate, by the way?  Hmm?)  It got me to thinking.  The Democrats are so out of touch with the people who make this country work.

It wasn’t that long ago… Let’s take a look Pelosi, Pelosi and Pencil Neck.  Pencil Neck is from Hollywood.  His district includes people that make movies!  (I wouldn’t be surprised if a bunch of them are helping this guy structure his presentations, ’cause he doesn’t know how to do this on his own.  He’s a geek, pencil-neck nerd.  I don’t know that, but I wouldn’t be surprised.) Pelosi: San Francisco, human feces piled up on the streets, fires everywhere.  Normally the California delegation would not even be in Washington. 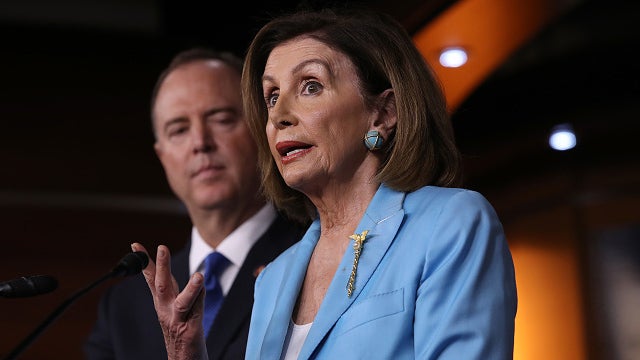 They are in Washington participating in a political scam!  You think they care about the fires in California?  You can’t tell by virtue of the fact that they’re not even there!  It doesn’t take much to get a member of Congress out of town and back home to the district.  A flood, a thunderstorm, an accident at a school, you name it.  They will go back home at a drop of a hat to be seen on TV doing whatever’s necessary to fix whatever’s wrong in the district.

But these California members of the congressional delegation can’t even be bothered to go to California and at least participate in some phony TV show making it look like they’re trying to stop the fire or help people deal with it.  Because not even their own districts on fire gets them out of town when the objective is impeaching Donald Trump.