Panic on NBC! Meet the Depressed Fails to Find Voters for Impeachment

RUSH: We’re gonna go to the audio sound bites here and Meet the Press, since I have been touting these things.  Meet the Press decided to follow in the footsteps of CNN.  They ventured outside Washington to go talk to Americans who don’t live in Washington.

So they got their shots, they got visas and passports, and they went out there. They went to Minnesota, they went to New Hampshire, and they went to South Carolina. They were hoping and expecting to encounter throngs of people that hate Trump and want him gone, want him impeached, want him thrown out.  The responses they got were not what they were expecting and clearly disappointing to the Democrats.  Up first is F. Chuck Todd introducing and playing a montage of voters talking about their view of impeachment… 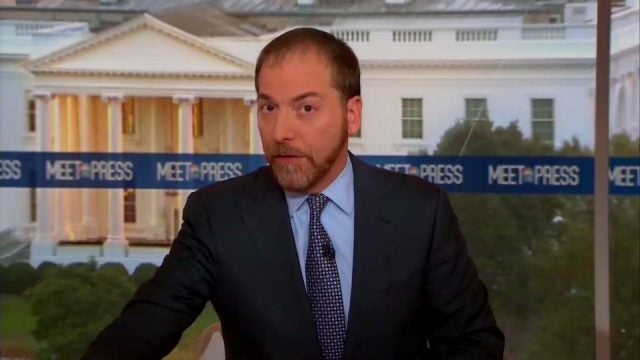 TODD:  We went out and tried to find some voters, guys (pause), to talk about impeachment, and we had to bring it up to them.  Here’s what they told us…

RUSH:  Stop the tape!  Stop!  Stop!  Stop!  And recue it.  He kind of threw that off.  “We had to bring it up to them.”  They weren’t talking about it.  See, what F. Chuck and his gang were thinking? Remember their attitudes about themselves.  They run Washington and the country.  So here they are, they venture out to Minnesota, South Carolina, New Hampshire, and they think that when people see the NBC microphone/the NBC truck, that these people are gonna immediately come up to ’em and start talking about how much they hate Trump.

F. Chuck just told us they had to bring it up to people.  They had to ask people because people were not talking about it on their own.

TODD:  We went out and tried to find some voters, guys (pause), to talk about impeachment, and we had to bring it up to them.  Here’s what they told us… 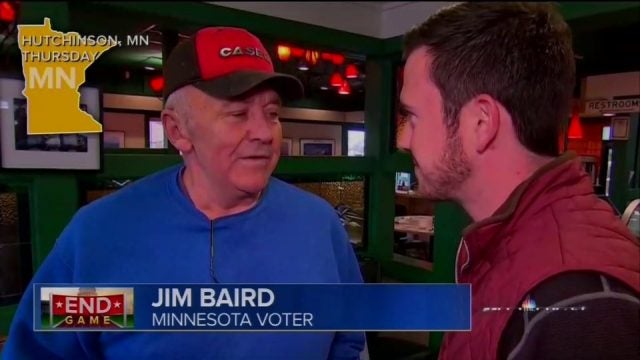 JIM: …and I think it’s a waste time.  There a bunch of little kids fightin’ and not accomplishing what the hell they were elected for.

GRAY:  I think we have a system of checks and balances.  And the way it should work is that, you know, the House and the Senate should do what is set out in the Constitution. 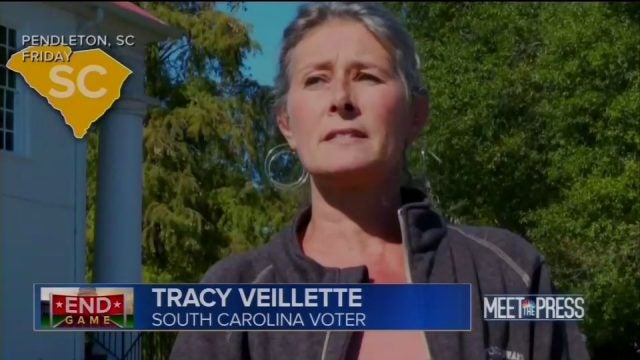 RUSH:  Can you imagine F. Chuck? “You read the…? You — you read the transcript?  We haven’t released it.  Where’d you get it?”  F. Chuck probably can’t believe these people had the wherewithal to go find it on their own.  Why, these people probably know the name of the whistleblower, too, even though NBC hasn’t announced it.  Now, remember, NBC set out, and they wanted to find people bloodthirsty with revenge for Trump.

They wanted to find people who couldn’t wait to tell them how excited they were about the prospect of getting rid of Trump.  They couldn’t find any.  Yeah, this first guy’s name was Jim.  “I think it’s a waste of time. They’re a bunch of little kids fightin’ and not accomplishing what it hell they’re elected for.”  Ooh.  Gray (this was somebody from New Hampshire) said, “Well, I think we have a system of checks and balances.  The way it should work is House and Senate should do what’s set out in the Constitution.”

Meaning this guy instinctively knows that what Schiff and Pelosi are doing is not constitutional in the sense that it’s not bipartisan. And then Tracy, South Carolina. “I read the document,” meaning transcript “nothing concerning to me from one president to another. It was absolutely appropriate.” Oh, they’re stunned. Next is Helene Cooper from the New York Times who was on the panel who heard that sound bite and was in a state of panic.

COOPER: Yeah. Yeah, they are. But I wonder who are all the voters that you’re talking to ‘cause I’m so inundated. Everybody, whenever anybody finds out I’m a reporter, all they want to ask me about is impeachment and what’s going to happen. So, it’s like — I just wonder at just, you know, you could’ve gotten like, ten other people saying something completely different. 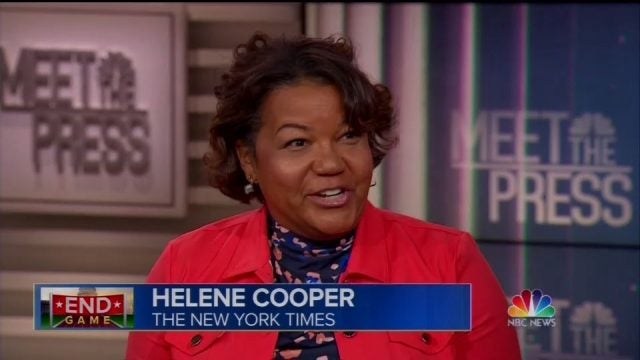 RUSH: See? Classic. Her world is filled with nothing but people who want Trump impeached. Well, what’s her world? New York, Washington. Everywhere I go, I’m inundated, people want to talk to me about impeachment, that’s all people want to talk about. So who are these people? We don’t know who these people are. See, she’s like Pauline Kael back in New York, 1972, Nixon’s elected and she can’t believe it ’cause she doesn’t know anybody who voted for Nixon.

Helene Cooper, New York Times, totally, totally unaware there are people that don’t favor impeachment, and when she hears from them, instinctively she thinks they’re oddballs, kooks, weirdos, and there has to be some explanation. Here now Tom Brokaw on the roundtable on Meet the Press.

BROKAW: I think with all of this communication that we have going on now, Chuck, the gap between who we are, where we work and what we have to say and the rest of the country — in North Dakota, they’re a lot more worried about soybeans than they are about all of this, I can tell you. About the weather and what prices they’re going to get for it. That’s what drives them on a daily basis. 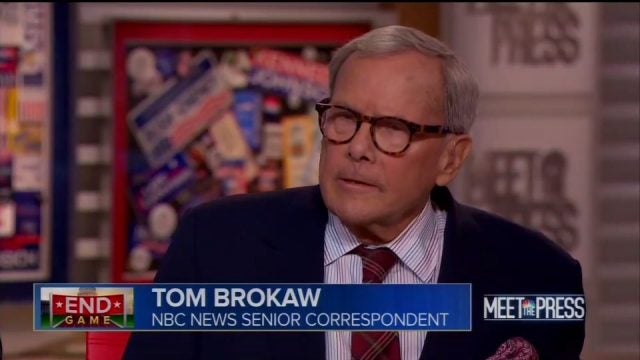 And Brokaw says: “I think with all this communication we have going on now, Chuck, the gap between who we are, where we work, and what we have to say and the rest of the country –” Brokaw he was essentially admitting, we live in a bubble here, and we hang around with everybody else in the bubble, and we don’t know what’s going on out there, we haven’t the slightest idea what’s going on out there.

That’s also true. But there’s one other thing. They don’t really care. This is my whole point about what we have been discussing about public opinion. If they’ve got 51% of the people want Trump impeached, it shouldn’t be that hard to find people would have agreed with the prospect in that poll. That’s half the country, right, that’s what they’re telling us, half the country wants him gone. Well, if that’s the case no matter where you go it shouldn’t have been hard to find somebody.

Do you think NBC couldn’t find anybody? Couldn’t even make it up? Folks, this illusion that they are creating is even bigger and deeper than you can possibly imagine. And when they get confronted with the reality of it, all it does is tell them they’ve got their work cut out. So we gotta do even more to manipulate public opinion, we gotta do even more to get these people to see the light. So we’ll do more polls. We’ll try to convince them that they’re really oddballs and weirdos if they don’t want Trump impeached, and that’s how they’ll play it.

This is Jim in Charleston, South Carolina. Great to have you Jim. I’m glad you called, sir. Hi.

CALLER: Hey, Rush. I’ve been listening since 91. Thanks for taking my call.

RUSH: Wait. Hold it a minute. Savannah Guthrie said she didn’t know why everybody wanted to know who the guy is?

CALLER: No, what she said is why does Trump want to know who the whistleblower is? She didn’t get it.

CALLER: I don’t know because they’re all —

RUSH: Do you think she is that ignorant?

RUSH: That’s right! This guy’s the prime accuser they’re using to destroy him, and she doesn’t know why Trump would want to know who he is?

CALLER: But we get it out here. The polls, all this stuff doesn’t mean anything to us. We get it. 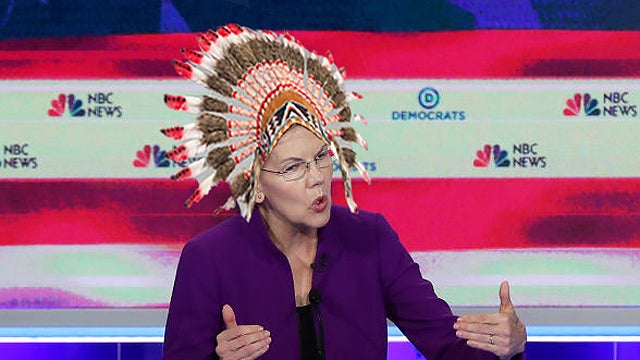 RUSH: I know you do. And I am extremely confident of that. Look, folks, I’m trying to think of another example of somebody else that expressed curiosity why Trump would want to — oh! Some infobabe on CNN, “Why does he call her Fauxcahontas?” Do you not know she’s a fake Indian? Do you not know she lied about being a high cheekboned Indian to get a teaching gig at Harvard? Do you not know this, infobabe? “Why does he make fun of her? Why does he call her Pocahontas?” So I think it’s entirely possible that Savannah Guthrie doesn’t get it. That in her world, if somebody comes forth and says the president — you just accept it and believe it, and if the guy says you lied, you said you did and then you leave.