My Analysis of Tuesday’s Election Results

RUSH: The elections last night, everybody said, “Oh, my God, Rush. What happened in Virginia. Oh, my God. It’s over. It’s not just Northern Virginia; we lost the Richmond suburbs.” It’s very simple to explain. It’s not good, don’t misunderstand, and Kentucky too. Of course, Kentucky’s a whole different story. You know, Republicans swept the state except for the governor. Of course, what are they telling you about on the news? They’re only reporting the governor’s race. 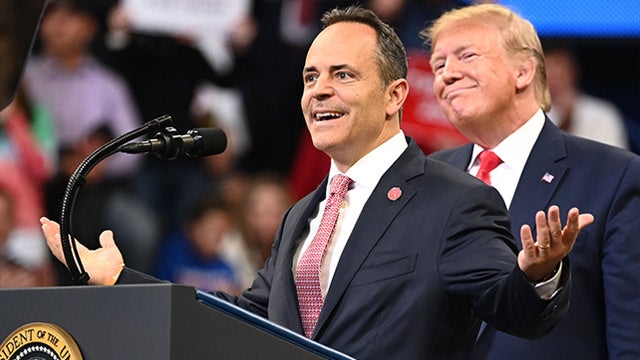 The Republicans swept that race, first time in 26 years Republicans captured the attorney general job with an African-American conservative. The only thing that went wrong in Kentucky is Bevin, the governor candidate. And, apparently, this is not a nice guy. Apparently, he’s an arrogant, condescending kind of person that doesn’t have any likability or charm. Apparently, Trump’s trip in there helped him by five to eight points. It would have been a landslide if Trump hadn’t gone in there.

But Kentucky is something — I know the media is saying a totally different thing here, but I’m telling you, Kentucky is not a disaster for Trump or the Republicans. In fact, you know what? I’ll give you another take on this. What does the left say about Trump voters? They say they’re a cult. They say that Trump voters will do anything Trump wants. Trump voters are stupid and dumb and idiots. And they don’t think. They have no ability to think because they don’t have any brains. They’re a bunch of racists and sexists and bigots.

Okay. So Trump goes in there, does this big rally for Bevin, running for governor, reelection, the guy loses. Wouldn’t a cult have voted for the guy regardless? Obviously, this guy is not liked, but it’s closer than what they are leading you to believe. Recount, I don’t know.

Folks, I’m not trying to be falsely optimistic here. I’m trying to be realistic in the midst of what continues to be a gigantic bombardment of negative pessimism coming from the media that you just have to try as hard as you can to not be affected by it. Trumps voters are discerning. They didn’t like the guy. And no matter how much — I’ve told you that this movement, whatever you want to call it, existed before Trump came along.

My whole point is that this hatred that is visited upon Trump is actually aimed at us. We’re the ones they really hate. We elected him. We are the ones that they really hate. They think we are the racists. They think we are the bigots. And because of that, we elected Trump. Trump is transient as all presidents are. We’re not. We’re solid. We’re consistent. We’re there. And that’s what they’re really trying to attack and change.

Virginia? I guess, folks… You know, there’s a story in the American Greatness today. It’s a very, very, very, very, very long story. It prints out to four pages, and it’s written by a woman who’s beside herself. How does this leftist hatred of us…? How did it happen? It’s irrational. What explains it? She writes four pages espousing various theories as to why this literal hatred for us has sprung up. She says — based on anecdotal evidence, talking to neighbors and friends — that it’s Charlottesville.

Charlottesville was where there was a Nazi/white supremacist/whatever protest where Trump was misquoted as saying, “There are good people on both sides.” This woman, the writer found from talking to neighbors that ever since that happened, they just hate us. They think we’re Nazis, we’re white supremacists. Every conservative, every Republican is a racist, white supremacist. Charlottesville proved it. Well, okay. But if that’s true — if that’s true — how come their governor can dress up in blackface and advocate killing babies after they’re born and not succumb?

There’s only one thing to do, and that’s defeat them. Now, why didn’t it happen Virginia? You know, the learned wizards of smart as they analyze what happened Virginia — because now Virginia’s all blue, including a governor who dresses up in blackface and a lieutenant governor who has #MeToo allegations made against him.  Boy, that’s another thing.  You know, here’s ABC News spiking a story on the biggest pedophile in American history, Jeffrey Epstein, because he’s got ties to Bill Clinton.

And yet they revive made-up, unprovable stories from 40 years ago about Brett Kavanaugh!  They don’t spike those stories, they run with ’em. ABC News and the rest of them were trying to destroy Kavanaugh but protecting Epstein because they had to protect Hillary!  If you look at the three years that ABC sat on Amy Robach’s story… She had the goods.  She had the goods on Epstein and Clinton, and ABC spiked it.  They sat on it.  It coincides with Hillary’s primary campaign and becoming the Democrat nominee. 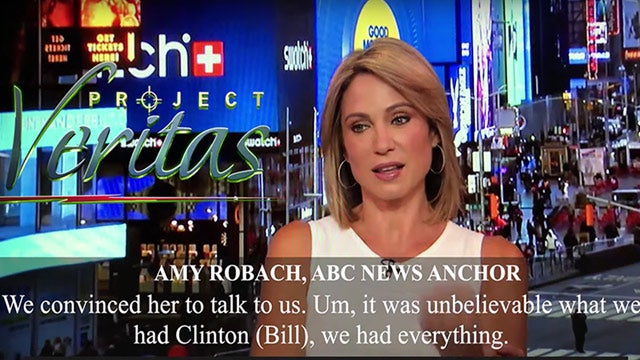 The Democrat Party, the Washington establishment did everything they did to get Hillary Clinton elected, and they still failed.  But stop and think of this.  They sit on absolute proof — and Amy Robach, the reporter, says she had the proof — for three years about Epstein, and Clinton being a close buddy.  They sit on it.  But when 40-year-old lies about Brett Kavanaugh are told, what does ABC News do along with all the rest of the Drive-Bys?

“Yeah, but, Rush, northern Virginia? Yeah, yeah, but what about the Democrats won the suburbs all the way down to Richmond?  How do you explain that?”  Well, I’ll give it a shot.  I will call it massive swamp and suburban sprawl. I mean, what’s happening, after all?  We talked about it earlier this week, and it’s a political science fact that the real shift to radical leftism in the Democrat Party is happening among white suburbanites — white, college-educated suburbanites — which makes perfectly sense.

They’re going to college, and they’re being indoctrinated and propagandized.  Then they watch the Drive-By Media.  So media and education are the primary influencers.  But where are these people coming from?  These people are fleeing the cities that they have helped corrupt and destroy, and where are they going?  They’re going to suburbia.  It’s not that existing suburbanites like Ward and June Cleaver. What the media wants you to believe that Ward and June Cleaver and Harriet and Ozzie Nelson are all of a sudden becoming radical Democrats.

That’s not what’s happening.  Ward and June Cleaver and Harriet and Ozzie Nelson are still there in suburbia, but a bunch of left-wing wacko fruitcakes are moving in, either from the cities or from out of state — and that’s why radical liberalism is taking over suburbia.  Kentucky.  Kentucky was a no-income-tax state, right?  Texas? A no-income-tax state.

Virginia’s not, but Virginia’s very close to all the money.  The closer you can get to the D.C. Treasury, the more you can get from it is the theory.  Every news organization, every American corporation, every lobbying firm, everybody that wants federal money has an office within 10 miles of the U.S. Department of Treasury.  You can’t put that many trillions of dollars in one location every year and not have it attract a bunch of maggots.

But do not fall for the idea that mom-and-pop American suburbanites are all of a sudden becoming radical leftists.  They’re not.  Mom-and-pop suburbanites are still there.  Their neighborhoods are being overrun by people fleeing to the cities and other liberal states as they flee the messes they’ve made, and they’re going to now create the same messes in the new places that they live, a’la Virginia.  I’ve had people say, “Well, Rush, you know what?  It’s kind of good.

“Virginia is gonna find out now. They’re gonna find out.”  Nah.  Folks, it doesn’t work that way.  They’ve destroyed California and it hasn’t awakened an opposition in California.  They’ve destroyed… What else have they destroyed?  They destroyed New York.  It hasn’t awakened an opposition in New York.  They just leave.  An opposition doesn’t spring up.  They just start trickling out.  They go to other places to corrupt. It’s actually phenomenal thing in a way.

RUSH: Now, you know, there’s this — oh, look. There’s Ralph Northam, Ralph Northam on CNN right now proud as can be that Virginia is now officially blue and the governor can be wearing blackface in the school yearbook and be rewarded for it by people who think the Republicans are a bunch of racist pigs. Isn’t it a great country?