RUSH: Wilkes-Barre, Pennsylvania, Franz. Great to have you with us. Hello.

CALLER: My comment is that President Trump has given us a great gift. Just like Reagan, he’s given us patriotism back. That’s why you see more flags flying, you see more people thanking veterans. We actually have pride again in our country and we’re allowed to have that. For eight years under Obama, we were meant to hide our flags; we’re not supposed to be positive about the country. Trump has given us our country, our pride, our patriotism back just like Ronald Reagan. 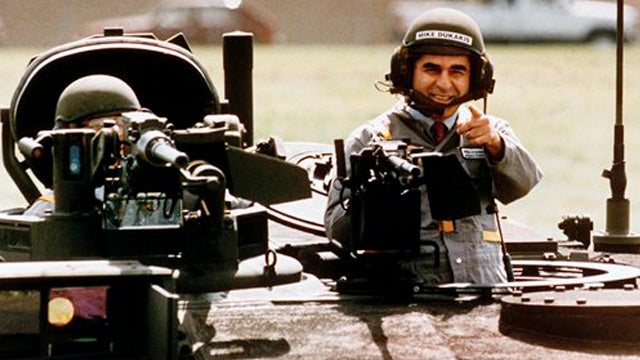 RUSH: That’s a great point. That is actually a very good point. Do you think there’s anything to the idea that some of the people pushing this are doing so because a bunch of military people might end up being impeachment witnesses and the Democrats want to make it look like — they want to try to establish as much credibility for every military person as possible?

CALLER: Well, they’ve done it before. Look at Dukakis. They tried to make Dukakis look like a military man.

RUSH: Well, yes, but… (laughing) He’s talking about Dukakis as Beetle Bailey. They put Dukakis in a tank in an Army helmet to try to bolster his image. His image was that he was soft on the military and a dove, which all liberals are. Look, there’s no question what you say. In fact, grab audio sound bite number 9. Saturday at the LSU-Alabama game on CBS, 102,000 people were there. Donald Trump and the first lady showed up, and 102,000 people went nuts.

CBS did not show it.

CBS did not televise it.

If some players had taken a knee during the anthem, disrespected the flag, it would have made news. The media was filled with stories about how Trump got booed in Washington. Forty-two thousand deep staters at the Washington Nationals World Series game booed the president. The media had a fun day. Now 102,000 people at Bryant-Denny Stadium went bonkers when Trump shows up on Saturday. We have some sound of this. It’s audio sound bite number 9. The media has still not covered this. 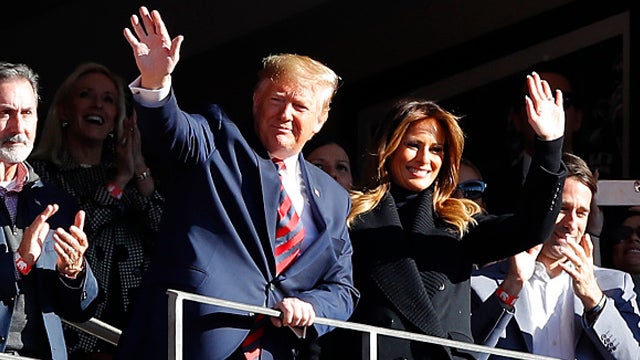 We had to make special efforts to get a copy of this, and here it is…

RUSH: Trump is pictured on the scoreboard. He’s waving. 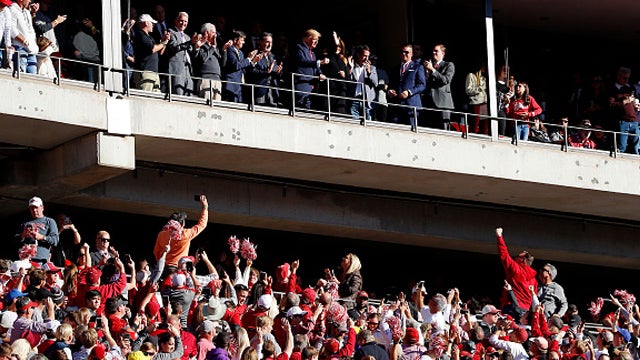 That was 50 seconds, and we cut audio for length — 50 seconds. It went on and on. Trump was on the scoreboard — the video scoreboard — waving after he and Melania had been introduced at the game. And it is an indication of the total bifurcation of the country, at least the bifurcation of Washington. That’s what it really is. The disconnect from Washington, D.C., to the rest of the country is as stark as it has ever been.