RUSH: We got Louis here in Olive Branch, Mississippi. Great to have you, Louis. Glad you called. Hello, sir.

CALLER: Oh, thank you, Rush. I’ve been listening to you since 1990. So I want to get right to the point. I’ve wanted to always give you a different perspective on Twitter from what your take usually is —

CALLER: — and give you a couple of great examples. So, you know, you have it right as far as it is a cesspool. There is a cesspool side to Twitter. But there’s a really — I believe — a good part. I liken what’s happening on the conservative side of Twitter to the pamphleteers during the Revolutionary War who were so crucial during that war with the communication and keeping us — you know, the rebels — kind of together during some pretty dark times.

And then with… You know, a couple of great examples is what happened to the — what they tried to do to the Covington Catholic boys. And we saw that weekend how that started to get blown up. And then another one you actually mentioned too was a patriot saw something questionable in a video that ABC did last month. And it turned out that they were doing a story on the supposed attacks on the Kurds in Syria, but it was actually Kentucky gun range footage. 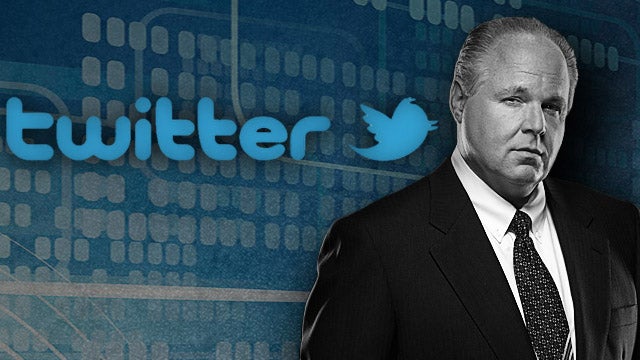 Why is Antonio Brown not playing in the National Football League? The answer’s Twitter. If Antonio Brown didn’t have access to Twitter, he would still be playing in the National Football League. Twitter has destroyed — or enabled more self-destruction… Twitter is one of the greatest damaging influences that’s ever happened to modern-day journalism, which may be a good thing in the long run. But for now, it’s a pain in the butt that we have to deal with.

RUSH: Of course, there’s more to say about Twitter. I realize a lot of you get a lot of use out of it and so forth. (sigh) On balance, it is a cesspool. But not everybody using it is in the cesspool. I get it. I understand it totally.