RUSH: Doug in Pittsburgh. Great to have you, sir. Glad you waited. Hello.

CALLER: Hi, Rush. I just turned 70, and I’ve been listening to you since your early days in Pittsburgh, PA.

CALLER: You’ve been great ever since. My ray of hope. (chuckles) 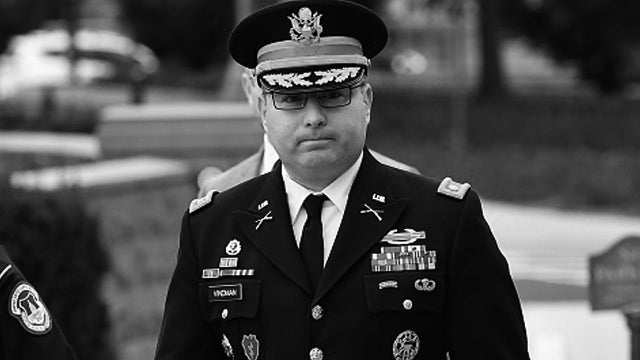 CALLER: I was driving up Bigelow Boulevard from Pitt University, and I was listening to my favorite station WAMO, W-A-M-O. A commercial came on, I turned the channel, there you were, and I said to myself, “That’s history making.”

RUSH: It’s all comin’ back to me now.

CALLER: (chuckling) Rush, the reason I’m calling is — I hope I’m not being redundant here — but this admiral that came before the committee, this Admiral Vindman —

CALLER: Yes. With the chest full of medals and uniform. He was wrapping up his testimony — and I think I heard this on blogs. But apparently somebody at the very end asked him, “Well, why did you go about it this way? What is your motivation for sharing this information before the committee,” blah, blah, blah. And he said, “My highest calling, my highest duty is to the interagencies.” Period. Okay? It didn’t really dawn on me until I heard he’s coming back before the committee, and then I thought a little bit about it.

If I have this right, two days before Trump was sworn in, people like Brennan and Clapper and Hill — Susan Hill — and I think somebody from state went into Obama’s office and had him put out an interagency directive lifting all the restrictions of firewalls between the agencies. I’m just wondering, is that what admiral’s talking about? So that now he could blab to anybody across interagency lines whatever he felt was going on?

“But wait a minute, Rush, the command in chief…” No, no. No, no. Interagency group. These are people that are there regardless who the president is. Presidents come and go, but these people… Now, CIA directors are appointed, but Brennan hasn’t been part of the CIA since Obama left, and he’s still a central figure in this interagency group. These are permanent people in the so-called intelligence/foreign policy community, and “interagency” just means all the different agencies that have people in it that are in…

Let’s call it the National Security Council just to simplify it. But basically the nucleus of this group is the National Security Council, the national security apparatus and any other agency that deals in it — which is pretty much the CIA, the FBI, and the DOJ. You have the military, State Department. Now, not everybody in these departments. The interagency group has representatives from those agencies that make up the interagency group.

Vindman worked for them. It was to them and to that group that he was loyal, and from them that he took his orders. Not the president. In their pecking order, the president’s beneath them. They do foreign policy. Trump has come along and he’s not including these people on phone calls to foreign leaders. He’s not including them in the formulation of foreign policy. He didn’t include them in the decision to pull out of the Paris accords. They are livid!

And they are willing to go against the will of the American people insofar as overturning an election if they disagree with what the will of the American people was, which is exactly what this is. These people are simply trying to overturn and redo — undermine — the election results because of how it’s affected them. They’ve gone out and found a bunch of sympathetic Democrats who hate Trump anyway and are ticked off that Hillary lost, and it’s a gigantic cabal.

That’s who it is, and that’s who Vindman’s loyal to. Now, Byron York has a story today at the Washington Examiner. I don’t have the headline here. But it’s basically four problems, four things that Vindman has done that are problematic for him. The headline came in the second page, and I didn’t print the second page. I’ll try to find it during the break. I got to take a break here anyway. 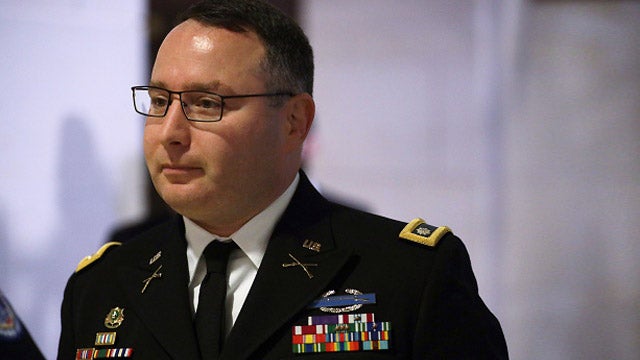 RUSH: Okay. The headline: “Democrats Have a Colonel Vindman Problem,” by Byron York. I don’t think he’s gonna testify. He might. But here are the four problems. “1) Beyond his opinions, he had few new facts to offer. … 2) Vindman withheld important information from investigators. … 3) There were notable gaps in Vindman’s knowledge. Vindman portrayed himself as the man to see on the National Security Council when it came to issues involving Ukraine.”

He was out there bragging that he’s the guy to go through, but he didn’t know nearly what he claimed to know about Ukraine. “4) Vindman was a creature of a bureaucracy that has often opposed Trump. In his testimony, Vindman’s perspective could be mind-numbingly bureaucratic.” It’s in that frame of mind that he said, “My loyalty is to the interagency group.” He’s a full-fledged bureaucrat before he’s a military guy, first and foremost — and he’s loyal to people who hate Donald Trump.

So whatever he is tasked with doing or saying in the effort to get rid of Trump, he’s right in there and will do it.