Obama Holdovers Are Ticked Off Trump Went Around Them on Ukraine

RUSH: Mrs. Pelosi, I really think you ought to begin thinking about finding a way out of this. I really do, Mrs. Pelosi. Can I tell you what CNN just put up as their highlight, breaking news, ground-breaking, “My God, this is gonna shock the hell out of you” little chyron headline? In other words, this is it. “Sondland said…” This is Taylor. “Sondland told me that Trump cared more about investigating Biden than he cared about Ukraine.”

That is it! “Sondland told me everything — including security aid — depended on Zelensky announcing investigations.” “Trump cared more about investigating the Bidens than he cares about Ukraine! (sobbing) And we… We love Ukraine! (wailing) We have devoted our lives to Ukraine foreign policy! (Gasp!) Trump doesn’t care. Trump doesn’t care.” Folks, that’s all they’ve got. That’s the bombshell. Of all the stuff that has been said today, that’s what CNN has extracted as their headline take-away chyron graphic. It’s hearsay! 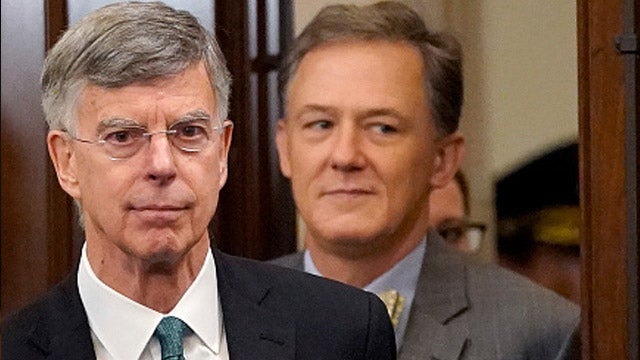 “Well, Gordon Sondland told me that Trump cares more about investigating the Bidens!” Let me tell you something, folks. Ukraine got their aid. Trump never got his Biden investigation. Ukraine never started that investigation, and Ukraine got their aid. I’m telling you, there’s nothing here. In fact, it’s even worse. Before we go to the phones, let me give you this little side-by-side. This Taylor guy — this guy who’s filled with hearsay, in my opinion.

He claimed in his testimony today that Trump is pro-Russian. But what did Trump do? Trump has armed Ukraine with aid the Obama administration denied. Trump has beefed up sanctions against Russia. Trump has removed the U.S. from a warped Russian missile treaty that Obama established. Remember Obama on the open mic (impression), “Uh, hey, Dmitry, you tell, um… Tell — tell — tell Vladimir I’ll have, uh, much more flexibility after the election.”

Trump has invested in and increased NATO readiness — and also, Trump has gotten rid of the last vestiges of Hillary Clinton and Barack Obama’s “reset” with Russia. Now, Obama, in contrast, stopped arms aid to Ukraine. Obama canceled the missile defense against Russia in Eastern Europe. Obama did nothing about Crimea and Ukraine. He did not stop Russia from annexing Crimea from Ukraine while Crimea was defenseless because Ukraine did not get any American aid because Obama had denied it.

Obama invited Putin into the Middle East after 40 years of the Russians not having an invited American presence there. There isn’t any comparison. If you want to look at the two sets of foreign policy, the Barack Obama foreign policy basically sold out Ukraine in favor of Russia. That is what Trump has been resetting! That’s what Trump has been redoing, and these guys are bent out of shape about it. They had implemented the Obama foreign policy where Ukraine is concerned. They expected Hillary’s election to continue it. 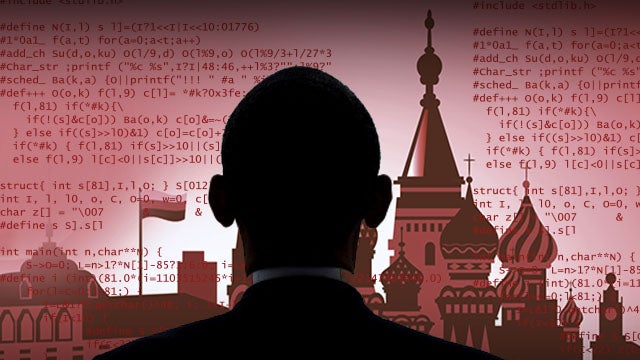 Trump has come in and said, “You guys are nuts! Ukraine is our ally, not Russia,” and he has totally reversed what Obama the Obama foreign policy was — and that’s the rub. That’s all this is, and they’re trying to disguise this as bribery and extortion and quid pro quos. It’s nothing more than a bunch of Obamaites literally ticked off that Trump did an end run around ’em on Ukraine foreign policy. That’s it!

He continues to undo more of it, and they don’t know how to stop him. That’s all it is. There’s no impeachable offense. There’s no blockbuster here. The blockbuster… There is a blockbuster: What is being revealed about the Obama administration and the Washington, D.C., shadow government that thinks it runs things and attempts to sabotage presidents elected by the American people who do not do its bidding.