RUSH: Grab audio sound bite number 19. This is Holly Williams, CBS This Morning. You know, there were 50-year floods in Venice. A bad, bad flood in Venice, and here’s the CBS News report about it. 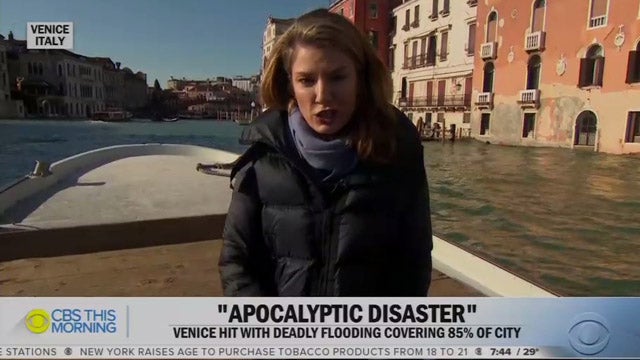 WILLIAMS: This was a perfect storm. Very high winds, a flood and a city that’s mostly four to five feet above sea level. But experts say what’s making things worse here in Venice is climate change and rising sea levels.

So if climate change and rising sea levels are responsible, how come the high-water mark is two inches lower than it was in 1966?

In other words, they continue to lie to everybody about climate change. Nothing new there. I just wanted to take the occasion here to illustrate it and blow it up.