RUSH: This is John Ratcliffe today. I mentioned this earlier, but I want you to hear him do it. This is very effective. This is a great, great pair of sound bites. It illustrates the phoniness and the moving-target nature of this so-called impeachment inquiry. It’s well done. This was this morning during the House Intelligence Committee hearing with Lieutenant Colonel Vindman and Jennifer Williams, who’s an aide to Vice President Mike Pence. 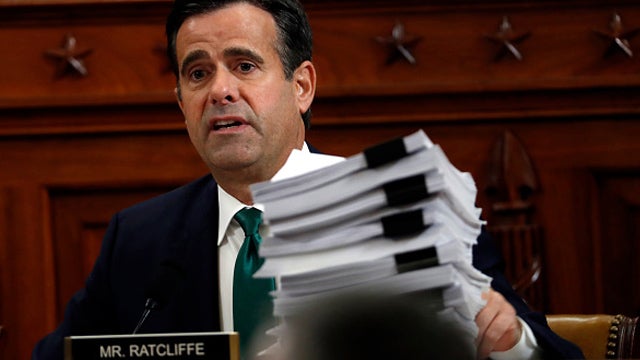 She’s actually a national security agent. She’s tasked over from the State Department. The way I understand it, I don’t know that she was chosen by Pence or just simply assigned there. Who knows? But, at any rate, here is Ratcliffe beginning with his questioning of both of the witnesses…

RATCLIFFE: Colonel Vindman, you haven’t either?

VINDMAN: That is correct.

RATCLIFFE: The problem is, in an impeachment inquiry that the speaker of the House says is all about bribery — where bribery is the impeachable offense — no one has used the word “bribery” to describe President Trump’s conduct. None of them. These aren’t all of the deposition transcripts. These are just the 10 that have been released. Six weeks of witness interviews in this impeachment inquiry, hundreds of hours of testimony, thousands of questions asked, thousands of answers given. The number of times that witnesses have been asked any question about whether or not President Trump’s conduct constituted bribery — before Ambassador Yovanovitch was asked by my colleague Congressman Stewart last Thursday — is zero.

RUSH: Stop and think about this. Now, imagine also as you hear this that sitting right nearby are all of the Democrats, and the media is packed into this room, and they have just been undressed and exposed. The media has been exposed as willing participants in the Democrats’ effort here to get rid of Trump by reversing the election results. They’ve got nothing. They start out with “quid pro quo” and all these other things and it doesn’t register because they focus grouped it.

They found the American people were not being impacted by it at all. So they tried other words — bribery and what have you — and bribery stuck because it’s something everybody understands, it’s pretty simple to understand what it is, and it’d be very bad if a president actually did it. And yet nobody has yet accused Trump of it until Pelosi came along after the focus grouping. Here’s Ratcliffe again to wrap it up…

RATCLIFFE: The answer is polling. The Washington Times asked Americans, “What would be the most damning accusation…?” It didn’t come back “quid pro quo.” It didn’t come back “extortion.” It came back “bribery.” So this case is all about bribery. When Speaker Pelosi says this is all about bribery, she’s promised us evidence of bribery that would be compelling and overwhelming — and instead, it’s invisible. 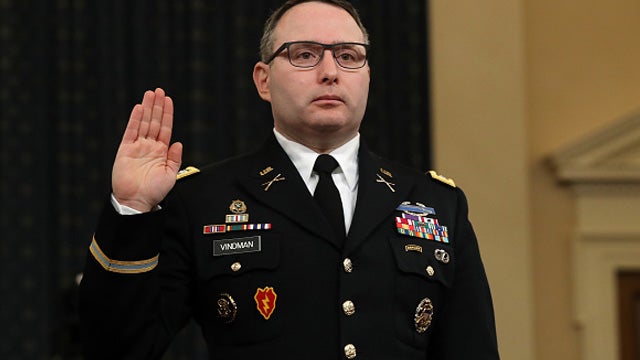 RUSH: Because it doesn’t exist. It literally doesn’t exist. So you’ve got Schiff sitting there. He’s been exposed as a fraud. The Democrats know it and the media know it, and they don’t even care. They’re not even daunted by this, I’ll guarantee you. Because as far as they’re concerned this is never gonna escape the hearing room. Nobody’s gonna ever know about this. They’re not gonna spend any time on it.

Fox News might. That’s not even a guarantee anymore. Fox News might. We definitely do here. I want you to hear next Jim Jordan. This is audio sound bite number 26. This is kind of in progress. This was established earlier that Schiff has lied about not knowing who the whistleblower is, yet is trying to maintain that Vindman does not say it.

SCHIFF: Mr. Jordan, this is your time for questioning. You can use it any way you like, but your questions should be addressed to the witness.

RUSH: So this is very, very simple. Vindman said that he told two people outside of those on the call, July 25th call — for which the transcript has been released! We don’t have any reason to even be here. The transcript has been released. Whatever the whistleblower said about it is irrelevant, and he’s not even gonna be called. The whistleblower will not be called to testify. Nobody will be able to cross-examine him. He doesn’t exist, as far as these hearings are concerned, and he was the sole mover. He was the prime mover.

Trump releasing the transcript messed up Schiff’s plans. But Vindman admitted that he told two people outside of those on the call. One was George Kent, the bow-tied guy from last week, and somebody from the intelligence community — and as Vindman was on the verge of giving some hint as to the identity, Schiff moved in there and shut it down and said, “We’re not gonna identify the whistleblower. We’re not gonna do it!”

That’s when everyone wondred, “How can he possibly identify the whistleblower when nobody knows who it is? You don’t know who it is.” This what Jordan said. “You’ve said you don’t know who the whistleblower is — even though no one believes you.” He was directing that to Schiff. Schiff has stepped in this big time. If there were just one fair arbiter in that room, they would shut this down.

Adam Schiff is being exposed as an absolute lying fraud, as is this whole proceeding.