RUSH: Now, something that just happened which has been typical of every day in these hearings. We have the morning session where the equivalent of bombshells are dropped. Today there haven’t been that many, if at all, compared of course to yesterday and previous days, but still there have been a couple of witnesses today, Fiona Hill and this guy, what’s his name, David Holmes. And he was counselor to the U.S. embassy in Ukraine. And he’s another one of these guys that seems very full of himself, very impressed with himself.

And his opening statement varies greatly with things that he has said later in the day, and John Ratcliffe caught him in a big one. We have two sound bites, numbers 33 and 34. Ratcliffe, Republican of Texas, said to David Holmes, “You said you heard President Trump say you heard, you heard, you said you heard President Trump say, ‘Is he gonna do this investigation?’ and Ambassador Sondland said, ‘He’s gonna do it. He’ll do anything you ask him to.’ That’s what you say you heard. Is that right?” 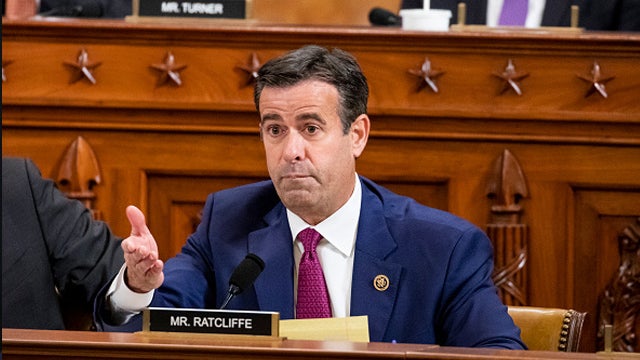 RATCLIFFE: What did President Trump say next?

HOLMES: He said… Whuh? He said, “Good, what about Sweden?”

RATCLIFFE: He said what?

HOLMES: Sir, he… Sorry. I need to look at — back where we are in the middle of the conversation here. Ummm, where are we in the testimony? Exactly. So then they turned the Sweden conversation.

RATCLIFFE: What did President Trump say next?

HOLMES: He said, “Good. What about Sweden?”

HOLMES: Sir, i-i-it’s — it’s not a word-for-word, every single word in the conversation.

RUSH: But it’s the most important part of the conversation.

RUSH: If you’re thinking, “So what?” well, the point here is Sweden! We’re talking about Ukraine. Trump turned to Sweden, and this guy didn’t put this in his opening statement. All of a sudden now Trump was so concerned about Ukraine, he’s moving off and talking about Sweden? So Ratcliffe kind of lays it out for Holmes next.

RATCLIFFE: Respectfully, Mr. Holmes, this impeachment inquiry is based on the call the day before where President Trump — as part of bribery scheme, as part of an extortion scheme, as part of a quid pro quo, according to the Democrats — demanded investigations in exchange for either military aid or a White House meeting. And the next day you were witness to President Trump receiving word that the bribery scheme was successful, the extortion scheme was successful, and his response — his response was, “Good. What about Sweden?”

HOLMES: Yes, sir. The — the Ukraine portion of that conversation was extremely brief.

RUSH: So Ratcliffe is pointing out here the bribery scheme, the extortion scheme was just fulfilled, and Trump then said, “Okay. What about Sweden?” (impression) “It was a very brief conversation.” “But why wasn’t this in your opening statement?” Anyway, it may not sound like a big deal to you here, but it’s another catch. Ratcliffe has the witness here trying… It’s an overheard, I heard, he said, this is what Sondland thought it meant, do whatever you want. Yeah, I heard that. Then the president said, “What about Sweden?”

In other words, there was nothing celebratory. There was nothing, no, “Attaboy, way to go. You got him.” In other words, folks, we have another bureaucrat imagining something that happened that probably didn’t, and who didn’t put in his opening statement the full context of Trump’s conversation on this call they’re talking about, which is not the call.

This is a call that is not the call. He’s trying to point out to the guy, “Look, we’re here talking about this call where you people say that bribery and extortion and quid pro quos happened, and all you’ve got is Trump wanted to know about Sweden!” “Well, (sputtering) it’s not a word-for-word, sir.”

RUSH: I want to get to Devin Nunes from this morning from his opening statement and he just crushed ’em today, as he has been doing every day in the opening statement, sound bites 8 and 9. Here we go with the first one.

NUNES: How do we have an impeachable offense here when there’s no actual misdeed and no one even claiming to be a victim? The Democrats have tried to solve this dilemma with a simple slogan: “He got caught.” President Trump, we are to believe, was just about to do something wrong and getting caught was the only reason he backed down from whatever nefarious thought crime the Democrats are accusing him of almost committing.

RUSH: Now, the next bite he goes through all of the Democrat lies for the past three years. It makes the point that if anybody has got caught here, it’s them.

NUNES: It’s the Democrats who got caught. They got caught falsely claiming they had “more than circumstantial evidence” that Trump colluded with Russians. They got caught orchestrating this entire farce with the whistleblower. They got caught defending the false allegations of the Steele dossier, which was paid for by them. They got caught breaking their promise that impeachment would only go forward with bipartisan support.

They got caught running a sham impeachment process. They got caught trying to obtain nude photos of President Trump from Russian pranksters pretending to be Ukrainians. And they got caught covering up for Alexandra Chalupa, a Democrat National Committee operative, who colluded with Ukrainian officials to smear the Trump campaign. That is the Democrats’ pitiful legacy in recent years. They. Got. Caught.

RUSH: Every bit of that is true, and here’s the thing that always gets me. Sitting right there listening to this were these two witnesses, including among them Fiona Hill. The witnesses are listening to the actual truth be recited and it’s as though nobody is saying anything. It’s what’s always amazed me about these hearings. Somebody always has the truth in them. Somebody owns it. In every congressional hearing, somebody is saying the truth and somebody isn’t, and the truth never seems to have any impact on any of the witnesses. 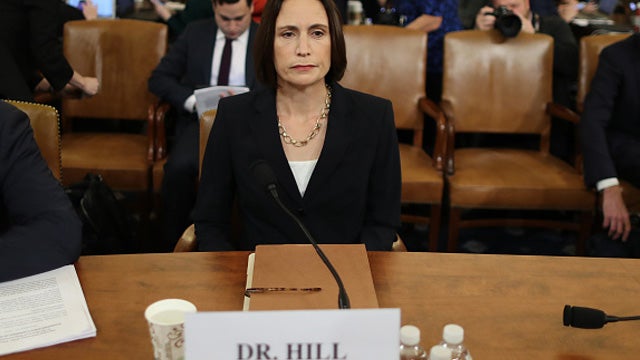 If I were sitting there, if I was Fiona Hill sitting there today and I was prepared to blabber on about the incompetence of Donald Trump and I heard that and I didn’t know about any of it, I would be genuinely curious, and I would want a stop put on this until some of that was explained to me. But, no, because it’s all a show, folks, and everybody has their role here, and it’s Get Trump Day number 15 of these hearings or whatever it is.