Why Are Brennan and Clapper Still Center Stage?

RUSH: I have a question. It’s gonna sound rhetorical, but I mean it. John Brennan was, in my mind, a corrupt CIA director during the Obama administration. John Brennan was — and he brags about it — instrumental in this entire effort to undermine Donald Trump’s campaign and then reverse the election results. He was a CIA director and, folks, there is little doubt that he was the conduit between British intelligence and the FBI.

So British intelligence would use their informants like Stefan Halper and Joseph Mifsud to plant information with people like George Papadopoulos. Alexander Downer, the Australian ambassador, would hear something from Papadopoulos who had been told something by FBI informants. He would then call the FBI, “Hey, I’ve got this guy from the Trump campaign bragging that the Russians have Hillary Clinton emails.” 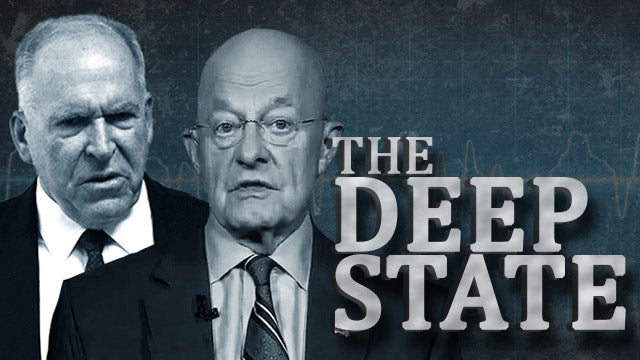 Papadopoulos didn’t know that ’til the FBI informants told him. So the FBI acts like, “Oh, my God, we got a gold mine here!” and then they call who? They call the MI5 guys, the MI6, U.K. intelligence and they call Brennan. That’s station to station. That’s U.K. intelligence to U.S. intelligence. MI6, CIA. It’s Brennan who then takes that information to domestic FBI — Comey and Clapper — and this is the arrangement. Okay. So this is all done while Obama is president, folks.

And everything I’ve just told you, by the way, is not speculation. It’s not what somebody guesses. We know these things happened. We know that they were manufacturing and planting evident because there wasn’t any evidence. That’s what’s so maddening about this. Well, when Obama left office, so did Clapper, and so did Brennan. So why are they still instrumental in all this? John Brennan’s not the director of CIA anymore. He’s got nothing to do with the federal government right now.

Why in the world is he still… (interruption) No, he’s not just a commentator. This cabal is still operating. Brennan is one of the leaders. Why does he still have any official standing to do anything? This guy’s constantly threatening Trump on Twitter, promising that he’s going down (impression), “Can’t wait ’til you go down, can’t wait ’til you get a taste of your own ill-mannered scumminess,” stuff like this, as though he’s still a ranking official in this ongoing effort to undermine Trump.

The answer to the question is because he still is, because this bunch serves and operates outside the existing corridors of power. This is the problem. This cabal, this… It’s got many names now. Establishment, deep state, pick your name. Even these former ambassadors to Ukraine and the European Union who have been ousted by Trump, they’re still heavily involved. Look at Vindman. The whistleblower was moved back over to the CIA and yet he’s the whistleblower.

He reports to John Brennan, and then he got in league with Adam Schiff. But he’s gone. He’s no longer part of the Trump administration. These people are operating outside the corridors of power that result from elections. We elect Trump president. He then appoints people. Now, one of the things that’s happened is Trump didn’t clear house. Do you know that when Obama was elected and after he was inaugurated, he fired every ambassador? 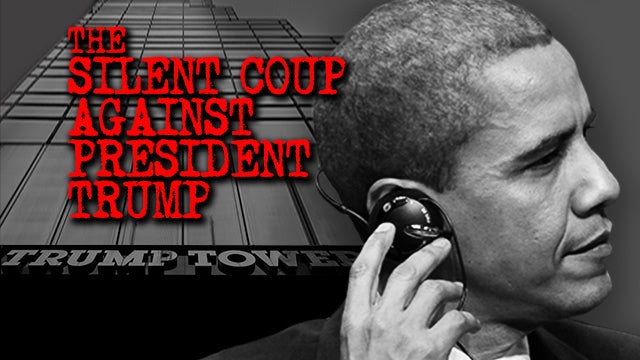 And that’s standard. There’s nothing unusual about it. Every president generally fires every U.S. attorney. There are over 90% of them. There are 90 U.S. attorneys’ offices around the country. They are appointed positions. They have to be approved by the Senate. But every president fires every one of them, except Republicans don’t. Republicans keep some of them in office to show good faith with the media and with the Democrats.

George W. Bush a prime example. George W. Bush waited until his second term to fire 25 U.S. attorneys. Do you remember that day? The media went nuts accusing Bush of rank partisanship and asking, “What did he have to cover up? What’s he trying to hide? You don’t fire U.S. attorney.” Yes, you do! Bill Clinton fired every damn one of them and put his own people in there. Obama did the same. Obama got rid the every ambassador for George W. Bush.

But the point is there are so many people still in this deep state that have nothing to do with Trump. They are Obama holdovers. They’re still there. Trump has not cleaned house, not nearly to the extent that he could have — and because they’re still there he has to go hire people like Rudy. Rudy is a great crimefighter, he believes. He believes Rudy Giuliani’s one of the greatest… Rudy Giuliani is a former U.S. attorney.

He’s not some rogue lackey. He’s a former U.S. attorney who brought in Gotti. The Gotti bunch was brought down during Giuliani’s tenure. A great FBI man is Jim Kallstrom. It was a great era for the New York FBI when Rudy was U.S. Attorney. They brought down Gotti’s bunch and some of the others. Rudy is not some off-the-wall wacko. He’s been a friend of Trump’s for decades. Trump trusts him.

If Trump wants to find out what’s going on in Ukraine because he doesn’t trust what he’s being told, if he believes that Ukraine played a role in undermining his campaign (which it did), then it makes perfect sense that he would send somebody over there to make sure that the corruption has been dealt with, somebody that he trusts, somebody that he thinks is a great crime fighter.

But Rudy’s being portrayed, smeared as some kind of off-the-wall idiot who doesn’t know what he’s doing — some brute, some lackey, some stoolie — when he’s a former U.S. attorney for the Southern District of New York. He’s the former mayor of New York City. He then set up a company, Giuliani Partners, which was to help corporations solve corruption and criminal activity within their own walls — like drug companies dealing with the theft of the product. 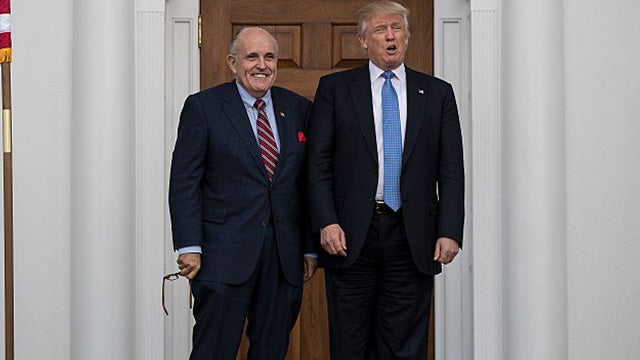 They would hire Giuliani Partners to figure out who was doing it. So he’s Trump’s guy. Trump trusts him more than he trusts some of these people that have been testifying before Schiff. It makes perfect sense. But notice how everybody gets smeared, and all of these people who have direct ties to the Obama administration are continually portrayed as the heroes.

And James Clapper, the former Director of National Intelligence. Why are they still prominent in this? Trump did not hold them over. He got rid of them. I’m telling you, all roads lead to Barack Obama on this. And I don’t know if the roads that we’re on are ever gonna get there. But that’s where they lead. And if it’s not direct, it’s indirect. Wherever Obama is, is a stop on this road.

Some of these people may now be operating independently of Obama, but they were originally charged by him. How to get the Steele dossier out, Obama conducted the meeting, instructing Comey to do it on January 6, 2017, in a meeting with Trump at Trump Tower. It was Clapper, it was Brennan, Comey and Obama in a meeting where they discussed how the hell are we gonna get this dossier out. We need to get it in the public.

The answer, show it to Trump. That will make it news. Comey was given the assignment in a meeting with Obama. Brennan and Clapper right there. Who did Comey call when he came out of that meeting? He called Clapper. And what did he say to Clapper? And this he’s testified to. He said, “Mission accomplished.” What did Clapper do? Clapper called CNN, said the president was just told about the Steele dossier.

Bammo. Within hours CNN’s running the story about the Steele dossier. The golden showers, that Trump hired prostitutes to urinate on a bed in Moscow. The machinations of that going public were hatched in the Obama Oval Office with Obama, Comey, Brennan, and Clapper in the meeting. And whatever other functionaries.

Now, Horowitz is not gonna get to any of this ’cause none of this involves the FISA court.

CALLER: Hi, Rush. I thought the most interesting and actually the most encouraging story I read yesterday had to do with Durham and where he’s headed with his investigation. The article indicated he was looking at the Department of Defense now and specifically to a group called the office of net assessment.

And for those who read the Lee Smith book, that little group there within the DOD was basically the slush fund for guys like Stefan Halper. This group would pay these guys to go do term papers on international affairs. But it appears Halper, who’s one of the dirty guys, it appears he was getting a lot of his money through this group. So as we all know, you gotta follow the money. If he was doing these deeds for the FBI or the CIA, he had to be getting paid.

RUSH: You know, that is an excellent point, the money aspect of this. These people weren’t doing this solely out of their devotion or hatred to Trump. These people, they have farms. Stefan Halper has a farm in Virginia, folks. They have estates. They need money. They need to maintain their lifestyle. They were paid to do this. And so right, Durham is looking at that area of the Department of Defense, a little slush fund where the FBI could go and, you know, wink, wink, nod, nod, get some money to fund Halper for writing term papers. He’s exactly right. Not for the express reasons it was used.