What Bloomberg Is Gonna Do to the Democrats

RUSH: People remember the last time we discussed Michael Bloomberg, and they’re sending me email. “So, Rush, are you excited about Bloomberg?” Folks, look, I’m not fascinated by it. Bloomberg’s gotten into the race, and we’re gonna talk about it like we talk about everything. Don’t misunderstand me here. But rich people do not fascinate me. So that aspect of Bloomberg is of no interest to me, other than he can spend a whole lot of money.

But Jeb Bush spent $100 million and got three delegates. So what’s Bloomberg gonna spend, $200 million for six? Money matters. I understand that. But most of the fascination with Bloomberg people have is he’s rich. I’m sorry. I know a lot of these people. If you want to be fascinated with how they did it ’cause it’s so rare, fine and dandy.

But some of them are blithering idiots, folks. They’re so self-impressed, they don’t think they have to know anything. We’ll talk about it, but no. I’m not… I’m certainly not frightened or scared. I’m more amused than anything about what it’s gonna do to the Democrat side of things. That’s gonna be interesting to me to follow.

RUSH: Look. We’re gonna get to Bloomberg later in the program, folks. But here’s one little tidbit of news. You know, Bloomberg has a news agency. It’s called Bloomberg News. There is no Trump news network. Everybody thinks it’s Fox, but ha-ha-ha-ha. No, it isn’t. But Bloomberg has his own news agency. And it’s one of the many things that has contributed to his obscene, in some people’s view, wealth.

So Bloomberg News has had to make some policy announcements. They’ve had to make some changes in the way they’re gonna go about covering the news. And here is the extent of it. Bloomberg News will not conduct investigative reporting on any of the Democrat presidential candidates. This according to the editor-in-chief of Bloomberg News. This guy’s name is John Micklethwait. He wrote this in a note to staffers.

He said on Sunday, “We will continue our tradition of not investigating Mike (and his family and his foundation).” Bloomberg’s news agency does not investigate him. Now, you might say, “Well, Rush, if you had a news agency, would you let them investigate you?” Well, no, probably not. But I mean the guy’s running for president and we now learn that Bloomberg News will not cover Bloomberg. Obvious, CEO, owner, founder, head honcho. 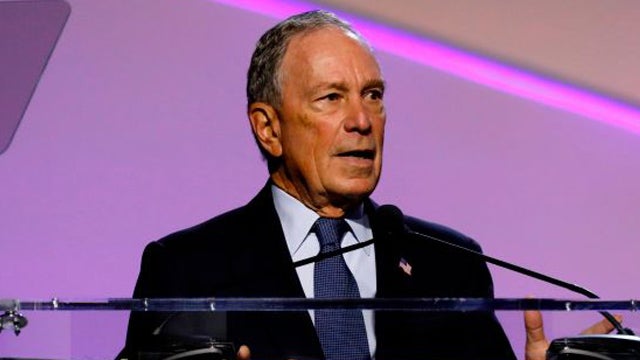 RUSH: Here is Jeremy in Clinton, Kentucky. Great to have you up. You’re next, sir. Hello.

CALLER: Hey, Rush. Mega dittos to you, my guy.

CALLER: Yeah. I have a hot take on Bloomberg. I think that he’s running on behalf of the establishment to try to knock out Joe Biden to try to take the upper, white working class vote and knock him out of the primary. That’s kind of my take on it. What do you think?

RUSH: You mean he doesn’t want to win himself; he just wants to take out Bite Me? 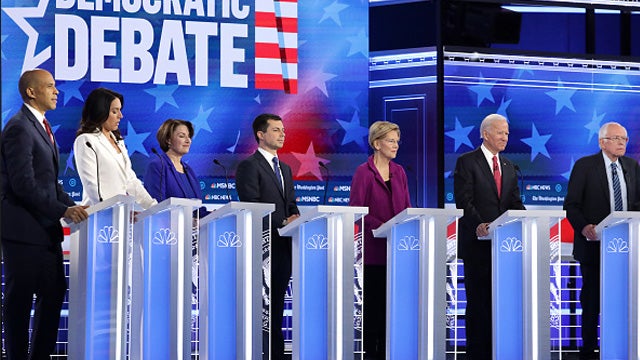 RUSH: Okay. If he takes out Bite Me, who wins? Who’s he actually working for if not for himself?

RUSH: Nah. Wait a minute. Let me just tell you something. The financial establishment, the Wall Street establishment, does not want Elizabeth Warren at all. I find this actually kind of humorous. I spent the weekend with some of these people, folks, and I’m telling you, I had my doubts. But I’m telling you that these people, their disgust with her — and it’s rooted in policy, her so-called Medicare for All, all of her spending, her wealth tax plan. These people want no part of her.

I kind of sit there and chuckle, and I even winked and nodded at a couple of them. I said, “Well, you’ve only got yourselves to blame. You people have been bankrolling this garbage. You’ve been bankrolling the Democrat Party and their candidates, and Warren’s really no different than any of the rest of them. You can’t split the difference between Warren, for example, and Crazy Bernie. They all are gonna spend money that we don’t even have to even print.

“They’re gonna tax everybody out of existence.” It’s the natural inclination for every Democrat around. But you’re right about one thing. They’re looking at Bloomberg. They’re fascinated with his wealth — and, of course, I’m not. I’m not fascinated by rich people. Hell, I am one. I’m not… I know better. But these people are. They’re just… They’re just like groupies. But they think that Bloomberg can take out Warren, not Biden.

RUSH: So I checked the emails during the break ’cause sometimes I have time to do that. And I found an interesting one. Sometimes the perception those of you in this audience have astounds me. I’m paraphrasing the email, but the guy: “Mr. Limbaugh, you always have a reason for saying what you say. And you say you’re not fascinated with rich people, and you don’t understand why everybody else is. Why do you think this? Because everybody is fascinated by rich people, at least how they got there.”

Well, let me tell you a story, folks. And this little story went a long way. This is 25 years ago, maybe 20. You know, I was thinking the other day, I’m 68, and last week and the week before the shows doing live play-by-play of the impeachment hearings, I don’t think that if that had happened when I was 40, 28 years ago or 45, 22 years ago, I don’t think I would have known enough to be able to do that.

In other words, there’s something to be said for experience. There’s something to be said for the ongoing acquisition of knowledge combined with intelligence and instinct to help continue to formulate opinions, reactions, these kinds of things. I don’t mean this to be critical of anybody who’s young who’s doing this. I’m just telling you that I don’t think I would have lived long enough as an adult and had acquired enough knowledge and understanding to be able to have done as thorough a breakdown of what was happening last week, as if that was happening 25 years ago. Forty is plenty old in terms of being able to have experience, but the more, the better.

So a lot of what has formed my thinking and informed my thinking are things that happened long ago that made initial impressions that I then continued to check against succeeding events. So I formed opinions based on something I saw, makes me think about certain people certain ways and then I continue to live and things continue to happen, I balance that original opinion with ongoing events, okay, was I right or wrong back then? And so this is basically the definition of how I determine my own intellectual and emotional growth and understanding of things.

So I was at a dinner party 20, 25 years ago. Let me get the years right here, because that seems like ages. It would have been the late nineties, early 2000s. And Wilbur Ross was at this party, long before anybody ever heard his name as secretary of commerce or anything of the sort. Now, I knew who he was, South Florida and all that, but I didn’t know that my host knew him.

So I casually mentioned to my host, “Wilbur Ross, what’s he doing here? I didn’t know you knew Wilbur.”

“You invited somebody ’cause he’s got $800 million?” or whatever the number was.

“Well, man, I want to find out how he did it. Maybe if he invested in things, I’m gonna invest in the same things.”

“So you’re hoping Wilbur Ross is gonna give you some of his money one way or the other?”

“Well, yeah.” Okay. That would never occur to me to invite somebody ’cause they had $800 million. And so that is what got me thinking there are people fascinated with rich people simply because they’re rich. And it doesn’t matter what else they are, they’re still gonna be fascinated with them.

Then I heard the guy say that the communist leader in China has to serve his constituents. And if he doesn’t please his constituents, he’s gonna be out. He’s like any other political leader, he has to keep his people happy. He’s not a dictator. He openly said he’s not a dictator. This is Michael Bloomberg. Well, whatever he says is gonna be right because he’s got billions of dollars?

This was dangerously imperceptive or dumb, to say that the communist Chinese dictator is not a dictator. He doesn’t have constituents. The communist Chinese population has nothing to say about who its leaders are. And yet here’s Bloomberg talking about the leader of communist China as though he is a democratically elected official in the same way the president of the United States is.

Now, I asked myself, does he really think that or is he just saying this to make the audience think that he has a devotion to democratic principles, he, Bloomberg. I couldn’t figure it out. I couldn’t come up with an answer that made sense, why Bloomberg would knowingly say something he doesn’t believe to be true, or it seemed more to me that he really has a misunderstanding of the ChiComs.

(interruption) No, I’m not making it up. I said, “Is that Wilbur Ross?”

“He’s got $800 million.” You know, at that point I’m thinking maybe I need to change the way — okay. Maybe I should start having parties and inviting people that have $800 million. Is that what I should do? I said, no way. Why do I want to invite somebody I don’t know simply because of that?

RUSH: “Rush, you never told us why Bloomberg will never be elected president.” That’s true. I didn’t. Let me just put it this way. It’s a graphical problem, and it’s not fair. It’s very unfortunate. But it’s accurate and valid, and I’ll detail it, maybe, tomorrow.