A Tidal Wave Is Building. Just Look at the Black Vote

RUSH:  Here is David in Fort Worth.  Great to have you, sir.  I’m glad you called.

CALLER:  Thank you, Rush, and happy Thanksgiving to you and your entire staff.

CALLER:  Thank you very much.  Great show today, and I just wanted to comment about the congresswoman from Michigan who made her comments over the weekend about, you know, they’re not being support for impeachment and how quickly that got “corrected.”  I think the bigger picture here — and I think this is what Pelosi is seeing, and a lot of that goes to your last conversation with the caller. Impeachment is DOA, and I think Trump’s reelection is as certain as anything can be at this point, and she knows that.

If you get a congresswoman from a moderate, some swing district outside of Philadelphia who says, “You know, we don’t have support for impeachment,” politically, that can stand.  But if you get an African-American congressperson from an African-American district saying we don’t have support for impeachment, that is a completely… That’s a game-changer in electoral politics, and Pelosi knows it.

RUSH: I have to tell you that’s exactly right.  In fact, I can tell you from the tone of your voice you know how crucially important it is, and I just want to amplify. Of all the things that I’m seeing, the polling data that I’ve cited, African-American approval for Trump in two different polls, 34%, 34.5%… You’ve got Democrats out saying, “That’s not true.  That can’t be true.  There’s no way.  Zip, zero, nada.”

Then you have Brenda Lawrence, John Conyers’ district, eastern Detroit, coming out, African-American, African-American district, “I don’t think we ought to be impeaching.”  The one thing the Democrats cannot stand… All the rest of this stuff is piddly winks if they lose African-Americans’ votes.  If Trump succeeds in pulling just 10 to 15% of the African-American vote, they’re toast, and it doesn’t matter.  Nothing else matters. 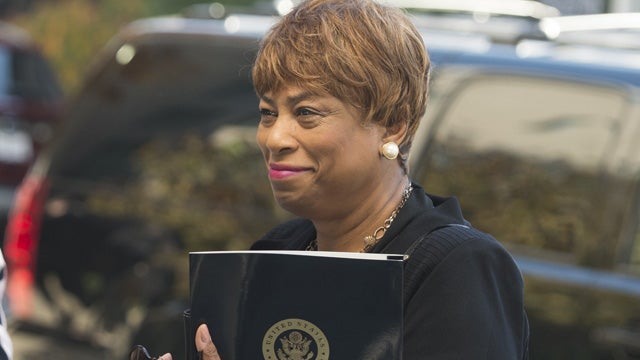 So now they’ve got to make sure that doesn’t happen.  So that means playing the race card and doing whatever they can do to keep African-Americans in line. Because this, I guarantee you… You’re right, Brenda Lawrence doing her the great the past summer when she was all for impeachment and now not? She has to get reelected every two years.  She knows her constituents.

Some of her constituents may actually like Donald Trump because of the economic improvements in their lives.  So I think there is a gigantic tidal wave brewing out there that they are aware of that has not yet reached the awareness of the population at large that — you’re right — they have got to shut that down and they’ve almost got to deal with that exclusively.

RUSH:  In fact, folks, I’ll tell you something.  I think all of this talk about Michelle Obama as a late entry into the campaign is going on because she may be the only Democrat that can hold on to a slipping black vote going to Trump.