What to Expect from Nadler, the Round Mound of the Gavel

Now, let’s stay on this theory that we’re discussing purely hypothetically that Pelosi’s looking for a way out of this. And we don’t know that that’s the case. I think that she is, and I have devised – try to be helpful here – I have come up with what I think is a slam-dunk way for her to get out of this, limiting the damage to her and her presidential candidates. It would not be damage free, but the way to limit the damage is just do what they always do, just blame everything on the Republicans. 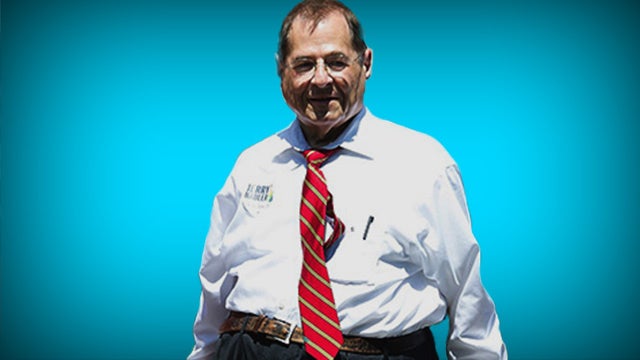 Folks, in an election year for the president to be found not guilty — that’s gonna be the headline, don’t care what the Drive-Bys try to do. Just like when the Mueller report came out, no collusion, that’s it, everybody stopped caring. All the rest was minutia. No collusion. Trump did not cheat. He’s not illegitimate. That was it. They went bonkers. And they’re still trying to prove that he is. The American people stopped listening. In the Senate if there’s acquittal, after all of this? And the chief justice announced the verdict not guilty, it’s over. Doesn’t matter what the Drive-Bys do after that. Doesn’t matter what the Democrats on TV do.

‘Cause here’s the process, just to refresh — I mean, the last time this happened is 1998, and many of you probably remember, but many don’t. Some of you weren’t alive. Some of you weren’t old enough to be paying attention. The House will draw up it’s article of impeachments — those are the charges — based on the hearings and the collection of evidence, of which there is none, by the way. Just have a bunch of civil servants with their noses out of joint that Trump did an end run around them in Ukraine, period. Period.

There is not even any Russia collusion stuff in all this. So Schiff and whoever, Nadler, write the articles, the charges. And then managers are assigned. Members of Congress are assigned by Pelosi to handle each case. Each article of impeachment is a case. And a member of the House will act as a prosecutor presenting that case to the Senate, which is the jury. The chief justice of the United States presides as the judge and really doesn’t get involved. He lets the Senate really run it. He just sits there to deal with objections and, you know, keep the clocks and the trains running on time, but he does not get involved in the actual presentation of the case. Just so the chief justice when it’s all over can still have his cloak of non-bias and all that.

If there’s a vote of 220, it’s gonna happen. If the vote is 218, 219, it shouldn’t happen, that’s not a big enough majority. That’s not even full-fledged Democrat support. She needs to get votes in a range 225, 230. Well, now a new phase has been added. The Judiciary Committee, the round mound of the gavel, Jerry Nadler. Now, Nadler presents an opportunity for this to go off the rails.

If Nadler loses control of it, if Nadler botches it, if Nadler somehow fails to make the case, then he can become the fall guy for Pelosi. If somehow everything Schiff has amassed gets turned over to Nadler, Nadler starts his committee’s hearings – there will be Republicans on that committee doing what they can do — I’m not sure if in these — I think in the Judiciary Committee, I think the Republicans get to call witness. Now, not certain about that. 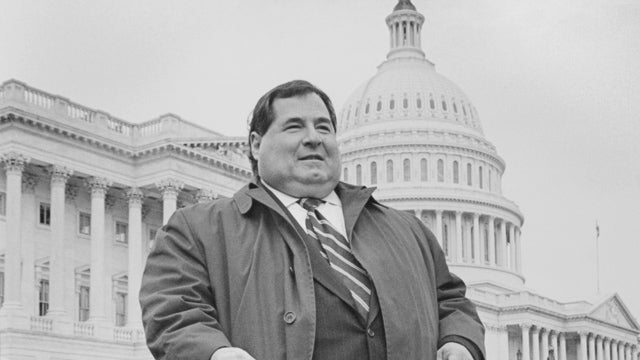 But the reason for my confusion, back in the Watergate era, Hillary Clinton was fired from the Democrat side of the committee because she wanted to deny Nixon any legal representation in the Watergate hearings. She was a young, upcoming lawyer out of Wellesley. She was a deranged and angry feminist trying to make her mark, and she stood out by trying to make the case that Nixon was not entitled to lawyers, witnesses, or a defense in the judiciary hearings.

Now, what I’m confused, my memory, I don’t know if that was just the House judiciary or if it was a joint committee House and Senate. But I don’t think — no, it wasn’t that because Senate doesn’t get involved ’til trial. So that would seem to say that the president could get witnesses called and have lawyers present in the Nadler hearings. Now, if that happens — but look. Bottom line, it may be easier to engineer Nadler blowing this thing up than Schiff blowing it up, ’cause Schiff had a stacked deck. There’s no way Schiff could lose.

Schiff would only call witnesses he wanted. He wouldn’t allow any Republicans to call any rebuttal witnesses or any Trump representation. So Schiff had the total benefit of a fully stacked deck. And even if Nadler has that advantage, he may botch it. Neither of these guys are particularly attractive on TV. I mean, Schiff looks like you want to call the thyroid police, and Nadler — well, and sad to say this, but it matters on television. So we’ll have to see how it plays out.