Capitalism Is Scary? It Didn’t Scare Me!

RUSH: I saw a segment on TV during the 1 o’clock break that I want to comment on here, and there happens to be a story that will allow me once again to transition to it. Here is the headline. It’s a Breitbart story: “Poll: 69% of Voters Prefer Free Market Capitalism to Socialism, 50% Say They Will Not Vote for a Socialist Candidate.”

Now, this is a combination poll from the Heartland Institute and Rasmussen Reports. One thousand likely voters, 33% Republican, 37% Democrat, 30% independent. “Of the Republicans polled, 87 percent said free-market capitalism was better, and 69 percent of independents agreed. But the poll also found that 53 percent of Democrats said a free-market system was preferable to socialism.”

Well, that contradicts what we’re seeing about polling data elsewhere. Last week and the week before I saw a couple of polls — now, they were of Millennials and younger. One poll indicated that 70% of Millennials favor socialism, 30% are intrigued by communism. And then there was the story about how a majority of kids 16 to 24 had no idea who Mao Tse-tung or Joseph Stalin were, which tells me that the truth of communism and its dictatorial, murderous thug leaders is not being taught. 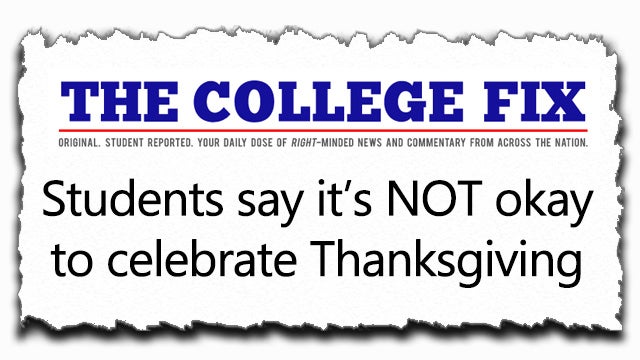 But then there are polls that show that Millennials really, really do favor socialism. And I heard somebody on TV explaining why that is. They were trying to make it understandable. “Well, let’s take a look. What is capitalism,” said this person. Who it is doesn’t matter. I’m not mentioning the name ’cause I don’t want you to pummel ’em with emails. It’s not the point. It’s what they said that gives me the bouncing off point here.

Now, I guess part of my generation did because every generation has socialists and babies and scared people in it. But it was the way it was. At some point you were expected to grow up and that’s how you were raised. You were raised to grow up, to mature and to learn how to provide and take care of yourself, because someday you were gonna have your own family, and you had to do that for your family.

Now, I know feminism came along and kind of got in the way of all that. But still, there might have been some fear. Yeah, it’s a big step going out on your own. But it never resulted in a debate, “Oh, my God. You know what? I think socialism would be better.” No. So what is it today, why is it justified to think that capitalism is scary?

And once again, I’ll bet you that we can trace it back to education. Somebody has to be providing this influence, and I know that education and media are the two most primary mechanisms that create public opinion in the country today. You may throw pop culture in there, too, as an ancillary, but those are the two, education and media.

And I’ll tell you what, during this climate change stuff, capitalism has been beaten up like you can’t believe.

RUSH: Now, back to the phones and Jay in Orlando. It’s great to have you. Thank you for waiting, sir.

CALLER: Hey, man. It’s good to talk to you. Really quick, I want to take you back for just a second about the Millennial voters thing. Honestly, man, I feel like the stats are just wrong, man, because I’m telling you right now, just really fast, I don’t have a T-shirt, I don’t have a bumper sticker, I don’t have a flag, I don’t have anything. And all the impeachment stuff that they’re polling, I mean, it’s just unbelievable. I’m telling you there’s a whirlwind of people who are not allowed to talk about it and they’re gonna bite really, really hard in this next election. It’s gonna be insane. That Millennial stat thing is completely wrong.

RUSH: There’s no question about that. I mean, yeah, you’re right. The whole point or one of the many whole points about this is that these last three or three and a half years they have devoted to their own political desires, not those of their voters. They haven’t done one thing to improve life circumstances for people they promised to help. Yeah, we can argue about the role of government and how big it ought to be. But people voting Democrat think government’s gonna be doing a lot for ’em. These Democrats are not doing diddly-squat.

RUSH: To the phones we go, Spring Valley, New York. Nancy, great to have you. Welcome to the EIB Network. Hello.

RUSH: Thank you. Hello. I just called to make my suggestion about how we can steer college kids away from socialism. 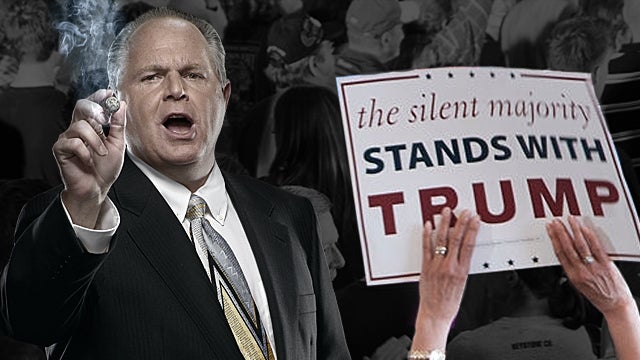 CALLER: My thinking is they do not understand how bad socialism is because they don’t understand money. Their parents pay for everything. So we need to just explain to them that since they all have the latest iPhone, but some kids have no phone at all, we’re gonna confiscate all those fancy iPhones and give every student a refurbished Nokia flip phone.

RUSH: You think that would maybe persuade them to give up their belief in socialism, that we’re gonna take away something they have and replace it, everybody gets something inferior?

CALLER: I think it brings it to them in a very meaningful way, get ’em in the phone. That’s where it hurts.

RUSH: I like the idea. I like the thinking. There are any number of lessons like this. One of the best ones I’ve heard that actually worked was a college professor, and this may not even be true, it may be a generic story that’s been told that has stuck because it’s believable. But this was a college professor, he’s giving everybody a test. And he was gonna announce the grades and so forth.

And when he announced the grades, he said it’s really not fair. We had 10 people in the class ace the test, about 15 people who failed it, and a bunch of people there that are basically in between. And this isn’t fair. So I’m gonna see to it everybody’s gonna get the same grade, average. I’m gonna give everybody a C. I’m gonna take the A’s away from the A students, I’m gonna take the F’s away from those who failed, everybody’s gonna get a C.

And of course the students were outraged, the ones who’d got A’s and B’s were outraged that their great work was being taken away from them. Professor said, “Well, we’ve gotta be fair. We can’t penalize the people who failed. Wasn’t their fault. Not their fault that other people did better. This is humiliating to fail this course. I can’t let this happen. So the only way to make sure everybody passes is to take away some of the credit from those who did great and give it to those who didn’t do so well.”

And of course they all opposed it. And then the professor says, “Well, this is real life. I mean, when it comes to it being taken away from you, you’re not so much in favor of it, are you?” But those are random stories. You know, when I was talking earlier in the program that I saw on TV a person saying how it’s understandable that young college graduates today would oppose capitalism, ’cause it’s so scary.

Here you are, you’ve been in school all your life living at home and one day you’re gonna graduate, then you’re on your own, you gotta have your own rent, you gotta maybe it’s your own car, transportation. It’s scary. Capitalism is very scary. And I said, why wasn’t it scary to me? There was nothing about striking out on my own — I couldn’t wait for it. I couldn’t wait to be responsible for myself. I couldn’t wait to be liberated, out from under the control of parents.

I wanted my own freedom. I wanted to be able to do what I wanted to do. I wanted to get out there and get started on it. It was the way of the world. That’s what you did. And I got a caustic note. “You’re forgetting something. When you were growing up, you weren’t presented an alternative. Nobody was coming to you saying, ‘You can either strike out on your own or you can continue to live with us giving you stuff. You didn’t have a political party promising to give you everything.”

And I thought about that, and it’s true in a sense, but there was all kinds of Big Government socialism going on. In 1969, when I graduated from high school, the sixties protests, you know, Chicago Eight, the Tom Haydens promoting and sponsoring Big Government and all of this sort of stuff. They wanted Big Government for different reasons, but it’s true there was not a competing alternative.

He was given five days at age 18 to get out of the house. He became a world-known, overwhelmingly successful political, media success story. Kicked out of the house at age 18 in Ohio in the 1960s. Got five days. What are you gonna do? Where are you gonna go? No sympathy. No offers of assistance. No nothing. Just had to do it. If that happened today, something like, that parent would probably be in jail for child endangerment, cruelty, you name it. It’s Roger Ailes, folks.