It’s Liberating Not to Fear Outside Opinions

RUSH: Happy Thanksgiving, and happy beginning of the holiday season from all of us here at the EIB Network to all of you.

Back to the phones to Elkhart, Indiana, this is Rhonda, and I’m glad you waited. Hello.

CALLER: Yes, Rush. You know your line “Talent on loan from God”? You say it all the time. But the other day you added one sentence that struck me so much, I went and got a pen and I wrote it down, and this is what you said. “It will be recalled at some point.” And I realized that this is how I have been living my life. I’ve had some really hard and painful things that have happened to me in my life, and so for many years I was just consumed with fear.

But it was a real encounter with the mighty love of God that just healed me from all that junk and got rid of my fear, and I’m telling you, the day that my talent and my opportunities are recalled, that will be a happy day for me, because I just do not live with regrets anymore. I leave it all out on the field. And so if there’s anything I’m thankful for this Thanksgiving season, it is that truth. 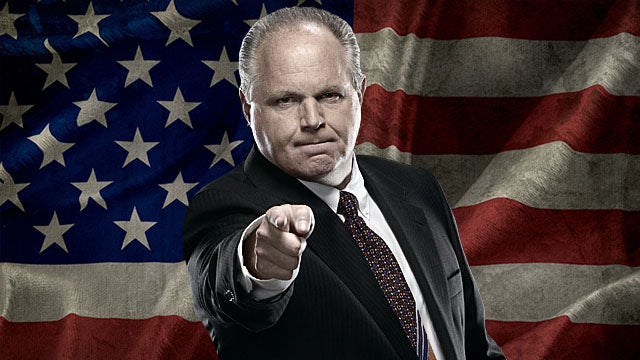 RUSH: How did you do it? A lot of people would love to know how you did it. You said you were living a lot of your life in fear and regret, and you don’t anymore. So how did you do that?

CALLER: When I knew the love of God for me. I’ve learned that actually the opposite of fear isn’t really faith. It’s love. Because it says in the New Testament perfect love casts out fear. And I’m telling you, once I got a grasp on the actual unconditional love of God for me, it just melted my fears away. And I can do anything, and I can go anywhere. And all the pain that I’ve had in my life, it all makes so much sense now —

RUSH: It sounds like you were living your life with a whole bunch of self-imposed limitations that you realized you had put there and you could easily remove them.

CALLER: Well, but I couldn’t do it on my own, Rush. There was no way.

RUSH: When you say you were living your life in fear, give me a couple examples. If you’d rather not — I’m not trying to pry, but —

CALLER: No. Well, for one thing, just absolute terror about other people’s opinion of me. And so I couldn’t speak out, I couldn’t use my voice because other people’s opinion ruled me. Well, it doesn’t anymore because I am so full of God’s love for me that it just flows out of me to other people. It is the most amazing way to live. I mean, I can meet anybody, transgenders, drunks, lesbians, and I have nothing but the love of God that flows from me.

RUSH: Transgenders, lesbians, and drunks, you can meet anybody —

CALLER: Anybody, anywhere, and I have so much courage now to speak when I need to speak, to do things that would have just been terrifying to me before —

RUSH: And it was discovering a personal relationship with God that led you to this. Is that what you’re saying?

CALLER: Oh, yes. Yes. And so now that I’m convinced of God’s love for me, there just isn’t anything that can scare me anymore.

RUSH: Well, that is great. That’s a great thing to have happen to anybody, especially getting rid of the fear of what other people think. That’s paralyzing.

If you don’t like yourself, you’re gonna act in ways unlike you. You’re going to act in ways people want you to be or expect you to be, and that’s when you run into being concerned about what people think of you. And that is a prison. It’s a paralyzing prison. And the worst thing about it, being caught in this trap of being concerned about what other people think of you, you have to assume everybody else is rock solid, likes themselves, doesn’t have any hang-ups. 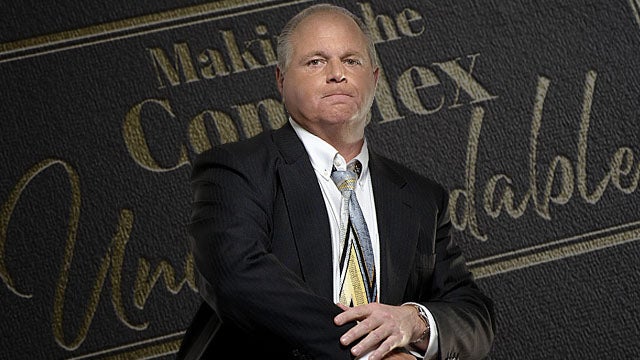 And nobody is that way. Everybody is as self-focused as you are. Everybody is as concerned with what they think are their own deficiencies as you are concerned with yours. But when you don’t like yourself and when you’re in prison worried about what other people think of you, you’re automatically assigning perfection to those people and failing in comparison. You know who’s really, really obviously great at not caring what people think about him is Donald J. Trump. But you know what the conflict is? He’s desperate to be loved. He wants to be loved. He always has, like every one of us.

I talked to him in February after his inauguration in January 2016, and said, “What’s the most surprising thing?” He said, “I thought the country would be unified by now. I thought they’d get over it.” I said, “They’re never gonna unify. They’re never gonna like you. They’re gonna hate you with increasing intensity.” And he didn’t say anything for a while. He literally thought that he could eventually turn all that hate into some kind of either negative or neutral attitude about him or even support.

Now he’s learned that that isn’t gonna happen, and he’s learned who to focus on, and he never had a problem not liking himself. That’s his saving grace. But he’s a classic example. You love Trump, why? Says what he says, thinks what he thinks, says it and says it and does it and does it, laughs and has a great time doing it, says things purposely to irritate people. And it works. Fights back.

All the reasons you like Donald Trump are because he is not in any kind of a prison that has him paralyzed because of what people think. He’s one of the greatest examples of the liberation from that prison that I consider it to be that I could give you. And you’d be amazed, once you get out of that, once you literally stop caring what other people think, if it ever does happen to you — and it’s tough to do, don’t misunderstand, especially because of the way we’re all raised.

We’re all raised not to embarrass the family, not to embarrass yourself, don’t get involved in anything controversial, don’t say things that people are gonna disagree with. It’s how we’re all raised, and it causes people to contract within themselves. But once you get out of that, once you reach a point where fewer and fewer outside opinions occur to you, you’re gonna notice how much more you’re enjoying life. And you’re gonna have an abject awareness that you seem a little freer, less constricted.

But it’s a tough thing to do. And make no mistake, most everybody’s in that prison. You may not think so because you’re only thinking about yourself. You’re thinking about yourself as inferior or you think people think you’re screwed up, or like this woman said, you’re living in fear, whatever the fear is. And you think nobody else is. Everybody else is totally, totally well adjusted. Everybody else out there is solid. They look like it, but they’re not.

So the more days where you’re feeling good about what you’ve done, be it in work, with your relationship, with your kids, the more days where you just know you’ve done well, you’re gonna like yourself a lot, and it’s gonna change the way other people see you. So kudos to her. ‘Cause man, it’s tough. It’s tough to overcome a lifetime childhood of being raised. And this is not a rap on parents. It’s just the way things are.