RUSH: The bottom has fallen out of Fauxcahontas in the polls. And everybody in the Drive-By Media is remarking on it. It’s over. And, by the way, her drop in the polls is specified to one thing, Medicare for All, her support for Medicare for All. People don’t want it.

I have mixed emotions about this because Fauxcahontas fading — and then there’s a story today, Obama is gonna do whatever it takes to stop Crazy Bernie, which they did in 2016. They rigged the primaries against him in 2016. And Obama is saying he’ll do whatever he has to do. He said this privately, not publicly. But it’s been reported that he said whatever he had to do to stop Crazy Bernie, and this year the same, he’ll do. So the Democrats are making a move now. This is why Doomberg got in the race, because it’s obvious now, sadly, that the radical, wacko left wing is beginning to lose in the Democrat primaries. 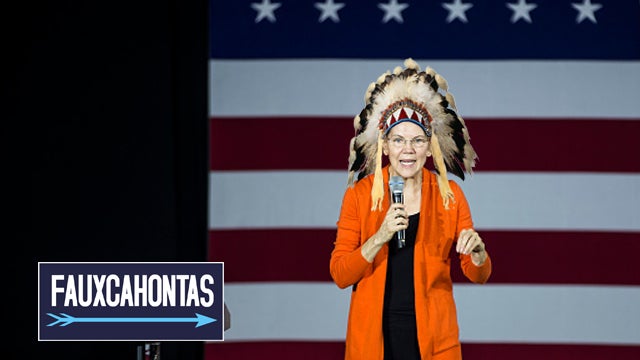 I mean, Fauxcahontas is the top of that heap. And she’s been gunning for the wacko fringe lunatic radical left vote. And now she’s losing. And guess who’s rising? Mayor Pete, Mayor Pete Buttigieg, and he’s said to be a moderate. He’s a moderate only within the context of the Democrats. There’s no such thing as a actual moderate in the Democrat Party. But there are Democrats who are said to be not the same radical left extremists that Fauxcahontas and Crazy Bernie are.

Do you know how many communities have been revived by the private health care industry? Look at Cleveland and the Cleveland Clinic. Now, you go to Pittsburgh, Pittsburgh is a former steel town. I lived there for five years in the early 1970s, and it was still pumping steel. It had been cleaned up from what it was in the fifties and sixties, but it was still known as a steel town. And many of the mills were still running. But then they eventually shut down and Pittsburgh went through a renaissance.

And as customers reject attempts to remove them from their health care circumstances that they — you can’t tell 160 million Americans who have their health insurance at work that they’re gonna lose it. They’ve been there, done that. Obama told ’em, you like your plan, you keep your plan. You like your doctor, you keep your doctor. But they weren’t able to do either. And Obama also said their premiums were gonna come down, what, $1,200, 2,200 a month, whatever it was. That didn’t happen either.

The American people are not idiots. They’re not gonna listen to new Obamacare-like promises, only bigger. People like employer-based health care, and they’re not just gonna sit around and let the Democrats take it away from them. So that’s the primary reason that Fauxcahontas is in trouble. And Pittsburgh and Cleveland are just two examples.

These stories are happening around the country. Many of the new jobs throughout the country are related to or in the health care industry. And, again, it’s a sign of the market working. And Trump is also at the rally last night, whenever he has a chance, he’s always coming down on the right side of the health care story.

But the Democrats’ problems are further accentuated because whatever they are talking about is being overshadowed and overwhelmed by this faux impeachment push. Look what cut through the noise. The Democrat candidates are trying to talk issues, and this push by Fauxcahontas and others for Medicare for All has been heard, and it’s in the process of being rejected as can be seen in her plummeting poll numbers.

And Biden is hanging on, no matter what people learn about him, Biden is hanging on. Now, I’m sure that Bloomberg figures that Biden, even though he’s continuing to plug away, is gonna eventually fade, ’cause there’s no way that Biden can compete with what Doomberg thinks is the amount of money he can spend versus how much Biden could raise.

RUSH: Hey. Look at this headline. “Police Arrest Naked Man at Senate Office Building.” Wonder what Joe Biden was doing at the Senate? He doesn’t work there anymore. We’ll have to look into this.