After Slow Walk, Why Make Tracks to Impeach Now?

RUSH: So quick question here, folks. Weren’t the Democrats wanting to drag this impeachment thing out at first to kind of bleed Trump dry? You know, death by a thousand cuts. Now, all of a sudden, they want to speed this up. Schiff is giving his committee 24 hours or else to vote. Nadler hopes to wrap in two to three days. Why are they hurrying this now, do you think? I leave that as an open question to you.

RUSH: As usual, my friends, you know, some of the best questions that I get are the questions I ask myself. That’s amazing, isn’t it? You would think that people interviewing me would have wild, unlimited curiosity. It’s amazing. Particularly people on the left and the Drive-Bys do not. 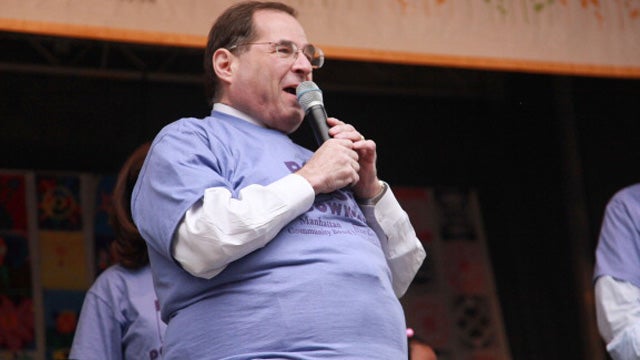 The questions I ask myself are often the best questions I get. Such as, why all of a sudden are the Democrats making tracks? I thought the original plan was to slow this down. We might not even have the impeachment vote before Christmas. We’re gonna drag it out there. We’re gonna kill Trump with the death of a thousand cuts. Now all of a sudden they’re making tracks.

Schiff has given his committee 24 hours to vote on whatever he’s gonna put out there. They may limit the round mound of the gavel, Jerry Nadler, to two- to three-days. So what explains this mad dash to impeachment, given that they wanted to draw it out and bleed Trump?

But whatever the reason, it’s not because they don’t have any evidence. Do not think that. They don’t, but that’s not a factoring. They hate Trump’s guts. But there’s something else. They are terribly afraid of him. Do not doubt me. These people fear Donald Trump precisely because nothing they have done has even grazed him. They haven’t even drawn blood and they’ve fired everything they’ve got. They’ve made up some of the most vicious stuff, and it hasn’t stuck.

You got Pelosi, you got Alexandria Ocasio-Cortez, you’ve got Al Green, they’ve all said one way or the other we have to impeach Trump, otherwise he’s gonna get reelected. They now know, make book on it, they now know, and they now fear that Trump is going to win in 2020. So impeachment has become one thing: a weapon to stop that. That’s why it’s not gonna go away, it’s not gonna fade away, it may implode, but they aren’t going to take it away, they aren’t gonna decide that it’s failed and back that — don’t think that. They don’t have the humility for that anyway. They’re gonna go down the ship with — this is all they’ve got.

If they have to dig up Mueller’s corpse and bring the casket back into the hearing room to try to revive Russia-Trump collusion, they will do it. Do not doubt me. Well, Mueller is effectively in a political casket after bombing out at his own hearings. But if they have to bring him back, you know, put Bob Mueller posters all over the hearing room, whatever they do, they will do it, ’cause they hate the guy.

Schiff is already alluding to going back to Trump-Russia collusion in whatever impeachment articles he’s gonna release. Now, because this is what they know they face. And this scares the ever-living daylights out of them. Can you a Supreme Court 7-2 conservative by 2024? Can you imagine Roe v. Wade threatened, climate change in absolute ruins? Can you imagine the borders finally closed? Can you imagine the Democrat constituency 30% officially in asylums having gone insane over all over the above. 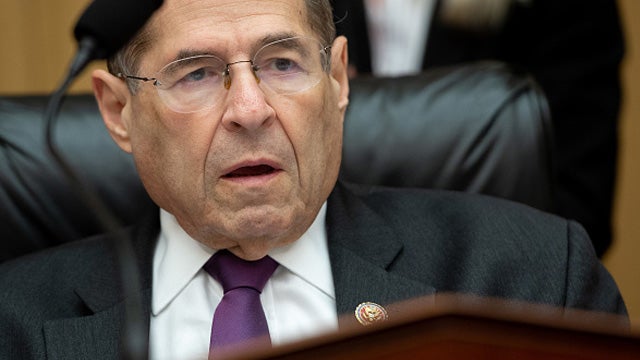 Without impeachment, that’s what they are looking at, a 7-2 Supreme Court by 2024, Roe v. Wade threatened, climate change in ruins, the borders closed, a wounded Democrat voter base, much of it officially in insane asylums by that time. Oh, and how about the destruction of the traditional black constituency?

Folks, they are scared, they are in fear like you can’t imagine. They will never portray this on TV and the Drive-Bys will never share it, but they are, because this is what Donald Trump’s reelection means to them. So without impeachment they’re left with Fauxcahontas, Crazy Bernie, Joe Biden sucking fingers if anybody dares to get close to him on a debate stage, screeching about an agenda that nobody wants.