RUSH: All right, now, I promised we’d get to this and it’s Justin Trudeau. So there was an open mic. There was a reception at Buckingham Palace. Did you hear this? Official receiving line. You got the queen, Prince Philip’s not there, he’s not well. Prince Philip’s not there, the queen’s husband. You got the queen, you’ve got Prince Charles, who, the guy’s a little kooky himself. He’s a climate change guy that burns up more carbon dioxide than you and I could in our lifetimes. And then Camilla, his high school sweetheart who he ended up marrying. 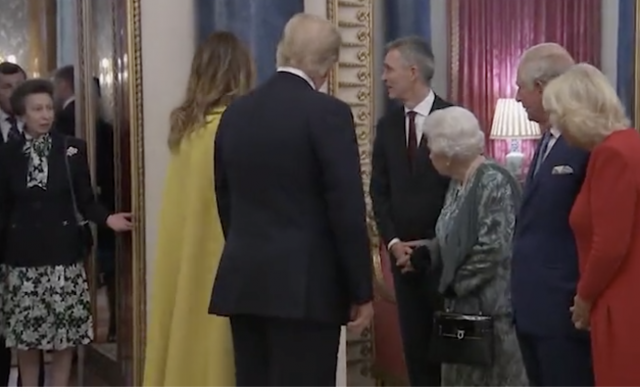 So he came back, NATO thing, reception for him there and all the other NATO people. Princess Anne was there and she got a stare-down from the queen and the look on the queen’s face like, “Where the hell are you? Get your… over here.” And Princess Anne just kind of shrugged and lifted her hand. 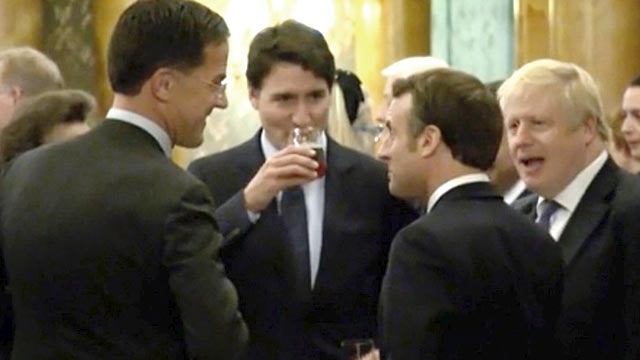 The queen was embarrassed. This queen, by the way, I would think she’s embarrassed every day by her kids. But that’s just me. I guess most parents have the ability to see beyond the embarrassing nature that their kids engage in.

Anyway, there was an open mike. During the reception, and this Pierre Trudeau, Justin Trudeau, the head honcho in Cuba — isn’t this the guy that dressed up in blackface? Justin Trudeau went to a party blackface. What was he doing, an impersonation of Governor Ralph Northam of Virginia? So, anyway, the reception was late ’cause Trump was late, and the reason Trump was late was that he did another press conference. He decided he wanted to talk to the media.

And Trudeau is talking to Boris Johnson, the British prime minister and the Dutch prime minister, Mark Rutte, and there’s a mic catching Trudeau. They’re talking to the French president Emmanuel Macron. And here is how it sounded.

TRUDEAU: Emmanuel was meeting with the American…

JOHNSON: Is that why – is that why you were late?

TRUDEAU: He was late because he takes a four – forty minute press conference off the top. Oh yeah, yeah, yeah, he announced… (Macron interrupts but is unheard)

TRUDEAU: You just watched his team’s jaws drop to the floor. 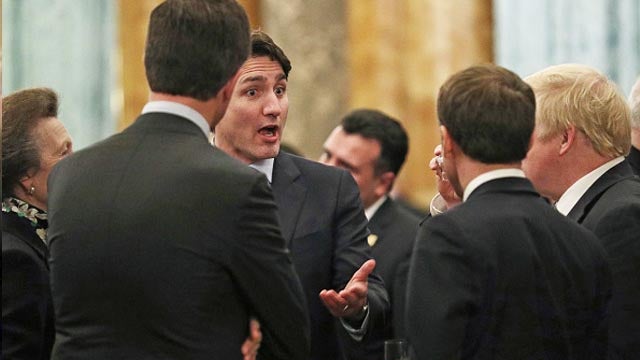 RUSH: Now, when this thing first aired the Drive-By Media, including Fox News, portrayed this as these people mocking Trump. What a joke, they said, Trump, look at this guy. Why, even his staff’s jaws dropped to the floor. I don’t think they were mocking Trump. I think they’re sitting there in disbelief that he spends so much time with the media, including being late to one of these boring receptions that they have to go to.

And then Trudeau talking about, “Yeah, the fake news media.”

I think they would all love to be able to talk to the press like Trump does, except maybe not because they may be part of the whole press cabal, you know, a bunch of leftists. So they don’t see the media the way we do or the way Trump does. Trump then punched back. This is this morning in Watford, England, at the summit, at the meeting between Trump and Angela Merkel, a reporter said, “Mr. President, have you seen the video of Prime Minister Trudeau talking about you last night?”

THE PRESIDENT: Well, he’s two faced and honestly with Trudeau, he’s a nice guy, I find him to be a very nice guy, but you know the truth is that, I called him out on the fact that he’s not paying 2% and I guess he’s not very happy about it. So, I called him out on that and I’m sure he wasn’t happy about it. But that’s the way it is. Look, I’m representing the U.S., and he should be paying more than he’s paying and he understands that. I can imagine he’s not that happy, but that’s the way it is. 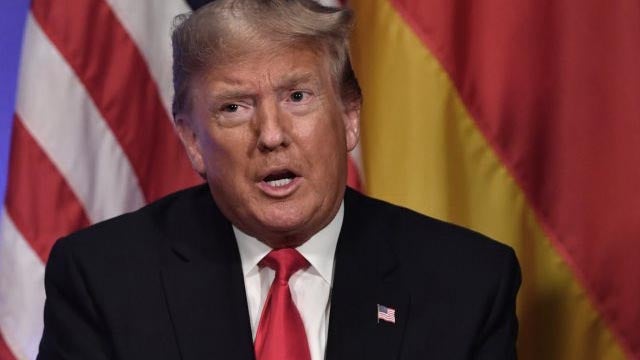 Here’s the headline: “Three legal experts testify Trump committed impeachable offenses. One expert dissents.” And one expert was extremely powerful in his dissent.

RUSH: You know something else about that video of Justin Trudeau and Boris Johnson? You know what that looked like to me? It looked like… What would be the best way to describe it? It looked like a bunch of schoolgirls whispering about somebody they don’t have the courage to face. “Did you see what he did? Did you see what he did? Do you believe what he did? I don’t believe it! I don’t believe what he did!” You know, little gutless wonder Millennial types who haven’t the guts to face Dad and tell Dad what they think. They have to just talk to themselves about “What embarrassing thing it is they’re late because Trump had to go talk to the fake media.”