Democrats Bemoan Their Own Racist Voters

RUSH: Cory Booker is out there campaigning as the last black man standing in the Democrat primaries. “Our party is better than this.” Who’s to blame for the fact that you’re the last African-American in the race? It’s your voters, dude. It isn’t America. It’s your voters. Deal with it.

RUSH: Cory Booker’s out there, he’s in Des Moines, he’s in Iowa, out there running for president on the Democrat side. As you know, Kamala Harris — grab the violins — is gone. The Russian agent, Tulsi Gabbard, succeeded in taking Kamala Harris out. Not even an affair with Willie Brown could save her. So she’s gone. 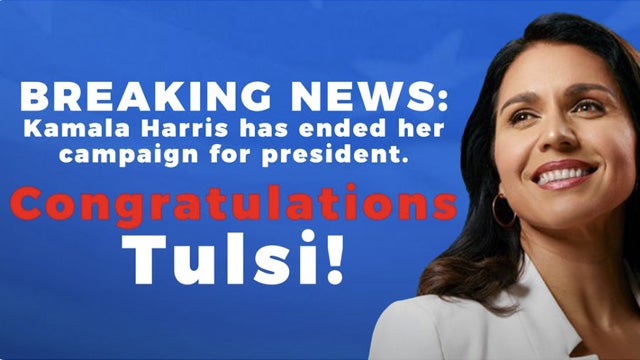 Then we got the stories about how mean she was, mean to her staff. This shouldn’t surprise anybody, either. We always hear about how rude and mean and insensitive these powerful Democrats are to the people that work for them. My dad always said, the way to find out somebody’s real character is to watch how they treat people who can’t do anything for ’em. Well, the Democrats even treat people who can do things for ’em like dirt.

So she’s gone. And so now Cory Booker is whining that the Democrat primary is losing people of color. He said, “Our party’s better than this.” I’m sorry. It cracks me up. Why is your party losing people of color? ‘Cause your party’s a bunch of racists. Your voters obviously don’t care about supporting the minorities. You’re barely hanging on yourself, Booker. You’re gonna be the next one to go.

And whose fault is this, Cory? “Our party’s better than this.” You can’t blame us for this. But they’ll find a way. But now they’re even focusing on Tulsi Gabbard, the Russian agent who took out Kamala Harris. Here’s Booker, a little sound bite from today in Des Moines at a campaign event.

BOOKER: It is a problem that we now have an overall campaign for the 2020 presidency that has more billionaires in it than black people. I’ve seen folk here in Iowa belie what all the predictions are. It was this state that set a trajectory for the first black man in American history to become the president. (applause).

RUSH: Yeah, but that was then, and this is now. And obviously that’s not seen as having done so well, Cory, for whatever reason. “It’s a problem that we now have an overall campaign for the presidency has more billionaires in it than black people.” Well, what are you gonna do about it? And whose fault is it? Does this represent a failure of the civil rights initiatives within the Democrat Party?

Booker, what are these billionaires that want to be president supposed to do? Are they supposed to look at now the lack of diversity and quit? Is Bloomberg and some of these others supposed to call a press conference and said, “You know what? There are not enough black people in this primary. I’m quitting to be fair and to show that I am a believer.” Is that what you want to happen? How does this situation get remedied?

You people claim to have all the answers on this. It’s us, right? We’re the racist, sexist, bigot, homophobes and you can’t even come up with a presidential field that doesn’t have a bunch of lunatic billionaires at the top of it. And we’re supposed to accept your ideas for transforming and remaking America into this so-called brilliant civil rights society. And you people can’t even do it within your own subset. I’m sorry. I just have to laugh.

Now, we can sit here and laugh at this all we want, as I have just done and I’ve shown how. But the bottom line, what’s he mad at? He’s mad at free choice. He’s mad at free expression. He’s mad that people didn’t do what he wanted them to do. He’s mad that Democrat voters didn’t vote the way he thinks they should. Well, who the hell is he? Is he leading the pack? No. He’s gonna be the next to go. And when he goes, there literally isn’t gonna be any people of color in there unless they want to try to say that somebody like Fauxcahontas is still 1/1,000th Indian. 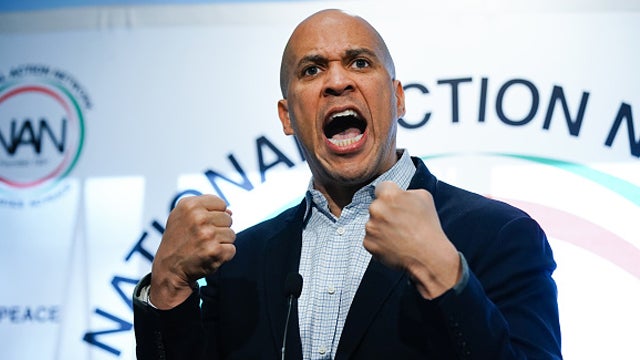 Plugs is gonna be their nominee. Who else is it gonna be? Elizabeth Warren cannot possibly resurrect. And then the party, bye-bye women. And when Pete goes, bye-bye gays. And bye-bye black when Cory Booker goes, and when Crazy Bernie goes, bye-bye old guy, and when Fauxcahontas goes, bye-bye Indian and white chick, and they’re gonna be left with who? A guy with fake hair who literally did meddle in Ukraine’s internal politics and whose son goes to jiggle joints and gets caught in the process.

And that might open the door for Hillary. (laughing) No, seriously. Seriously. Cory Booker, he literally is — you should see him. He’s pained in his face and he’s wringing his hands. He’s very, very upset, very upset that his party, the presidential field is white billionaires. Very upset. Very upset. Well, sorry. People are exercising their free choice. A lot of people don’t think Kamala Harris is qualified or would be a good candidate. So you want to hold it against the voters?

You know, when people exercise their own choices and it doesn’t result in what these authoritarians want, look what they do. He’s already out there lamenting something’s wrong with his party. Well, there is. But he just doesn’t know what.

RUSH: I mentioned moments ago that John Kerry, who served in Vietnam, has — at least I’m told. I haven’t actually seen it. I’m told he officially endorsed Plugs, Joe Biden. Now, Austan Goolsbee. Remember that name? Austan Goolsbee, who was Council of Economic Advisers for Barack Obama, has come out and endorsed Mayor Pete. I think what’s happening is that many of the homosexual members of the Obama administration are actually gonna endorse Mayor Pete.

“Former Council of Economic Advisers Chairman Austan Goolsbee and former Director of Communications for the White House Office of Health Reform Linda Douglass are also backing” Mayor Pete. “The endorsement from [Reggie] Love, who is African-American, is noteworthy for Buttigieg, who has been putting more energy into wooing black voters after struggling to connect with them so far this campaign season.” That’s true. Mayor Pete is having trouble with African-American Democrats — and getting the support, the endorsement of Obama’s body man, Reggie Love, that would appear to be a big deal.