RUSH: There is a sound bite from Michael Doomberg. Grab sound bite number 31, CNN the international today. The program is called Amanpour. That’s hosted by Christiane Amanpour. And she says to Doomberg, “One of the reasons you jumped in is because you think right now Trump is winning.”

BLOOMBERG: I think Trump is getting stronger, and I think he would just eat alive the candidates, because they don’t have plans that I think are practical, that can be implemented. 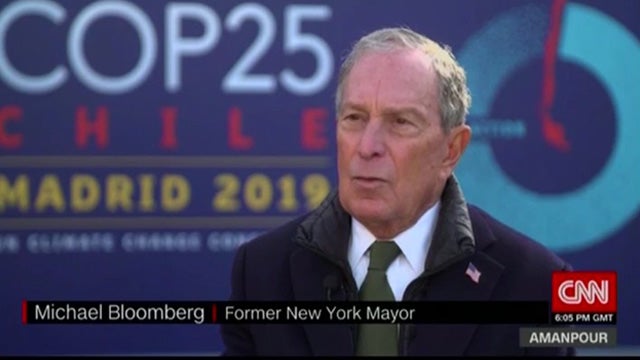 RUSH: He’s talking about Medicare for All. He’s talking about their immigration plans. Did you hear what Elizabeth Warren said the other day? She may not have said it the other day, but it was revealed that she said it. I had it in the Stack of Stuff yesterday or the day before and didn’t get to it. But it was something that I have always known that these people think, and I have shared it with you in the past.

There is no budget. There is no deficit. There is no finite amount of money. We just always find what we need. We either print it or we tax it or we confiscate it some other way or we borrow it, but there’s always the money. There’s no concept of budgetary limits when socialists are in play.

Let me tell you something: There are more uber-wealthy Californians either leaving that state or making plans to leave that state than you would believe. I just learned of one of the most prominent Californians — Americans. You would all know the name. I am sworn to secrecy on this because the guy doesn’t want to be followed. But he is pulling up stakes, leaving California. He loves the place. He’s got multiple homes there. He can’t take it anymore.

I’m telling you, they’re starting to drive people out — and these are the people who even their tax rates being what they are, can still afford to stay there. They just finally have reached their limit. I reached mine back in 1997 in New York. But… (impression) “It’s always going to be there. The money’s always gonna be there. Other people’s money is always gonna be there. The rich will always be the rich and the rich will always have the money no matter what we do to them.”

Anyway, Bloomberg is suggesting these people don’t have a clue how to get elected; the ideas they have don’t relate to anything the American people really want — and he’s absolutely right.