Trump’s Hershey Rally Illustrates the Contrast Between the Two Parties

RUSH: Donald Trump had a rally in Hershey, Pennsylvania, last night, and it was a barn-burner. There were thousands and thousands of people who could not get in. An infobabe for NBC News, Katy Tur, was caught, she was overheard saying she had never seen a rally like this.

Katy Tur on tonights Trump rally: “One of the biggest I’ve ever seen”pic.twitter.com/TzHqey71l3

She couldn’t believe it, because she lives in the media world where Trump’s about toast, you see. Trump’s been impeached, and it’s only a matter of time before he’s thrown out of office. And these people, they sit there and they believe that they have persuaded a majority of Americans finally that Trump is a reprobate.

And they venture out beyond the friendly confines of the Washington-New York corridor, and they found out that the American people love Donald Trump and can’t get enough of him. Now, why is this? Let’s do a side-by-side comparison. Take a look in the last three years and then measure it against Trump’s promises and objectives in the campaign. Look at all that Donald Trump has accomplished. Things that change the lives of the American people, changes that are so dramatic that they can’t miss them. 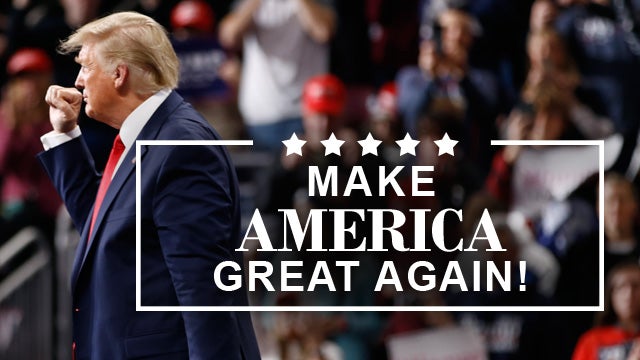 We have the new trade agreement with Mexico the Democrats have been sitting on for a year. It magically passes as the Democrats tried to make it look like they did it yesterday. Donald Trump is every day working for this country. He is attempting to do what he said he was gonna do. Build it back, make it great again. He goes to Europe, he goes to China, he goes to wherever he goes, and the one objective he has is doing the best deal possible for America, for the American people, and he is succeeding.

And the American people know it. Their manufacturing jobs have come back. Wages are rising at a rapid rate, more rapidly they’ve gone up since the 1980s. There is an overwhelming feeling of upbeat positiveness over the state and quality of life in America. And it’s been brought about by virtue of the Trump presidency. The American people know it, they sense it if they don’t know it.

And for three years, while all of this has been happening, what have the Democrats been doing? Strip away the details of what they’ve been doing and just look at their attitude. For three years. And let’s make it four. Let’s count their attitude during the campaign. So let’s include 2015 in this and ’16.

The Democrat Party, and no matter which of them is speaking publicly, either their presidential candidates or the Speaker of the House or Adam Schiff or any of them, what have they been doing? Whining, complaining, totally, constantly negative, pessimistic. They have not been participating an iota in any of the things that have been happening that are making life in America better. 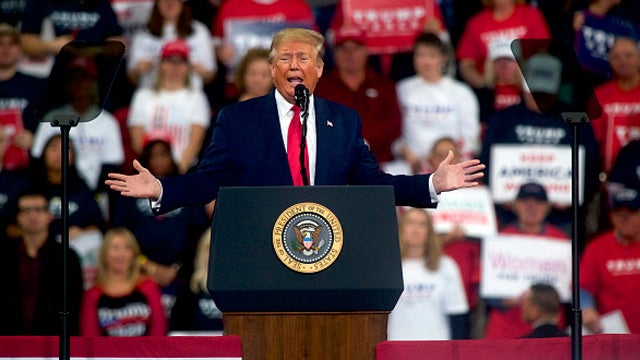 The contrast between these two parties and the way they get up and go about the day every day could not be greater. There is nothing the Democrat Party’s doing that’s infectious. They’re not doing anything that makes people want to join their team. The things the Democrat Party is doing are engendering a rising number of people who want to defeat their party. Every effort they are making to destroy Donald Trump is making him stronger, as evidenced in their own polls.