RUSH: There’s a poll out there that the left loves. They rely on it. This poll has traditionally been very, very tough on Donald Trump. It is the Quinnipiac poll. The Quinnipiac poll for the first time this week, in a poll of registered voters, not even likely, registered voters, 51% oppose impeachment. It is the first time that a majority in this poll has been reported on the day that Pelosi announces articles of impeachment, on the very day that Pelosi announces her articles and the Round Mound of the Gavel reads ’em off there. 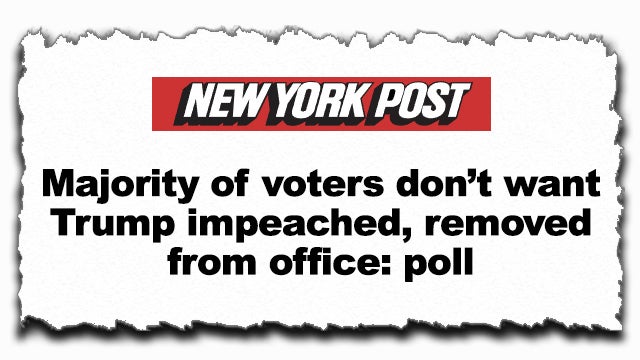 In the Quinnipiac poll, Trump is at 51%. Quinnipiac University. In addition to that, 51-45 is the margin. Independents in the poll oppose impeaching and removing Trump by 52 to 44. The numbers opposed to impeachment keep rising. The more the Democrats do publicly on this — I told you — they go public, and it falls apart on ’em. They go public with it, and it ends up being devastating.

Now, the last Quinnipiac poll was on November 26th. It found registered voters opposed impeaching and removing Trump 48 to 45. There has been a three-point increase and the first time this poll has shown 50% or greater, 51%. Here’s some other polls to share with you. And, by the way, the Real Clear Politics average — oh, this is another one. The Real Clear Politics average, which, people look at that as the poll of polls because it takes all the major polls and averages them out, Trump’s approval rating is at an all-time high in that poll.

He is at 45%. And guess what? Donald Trump’s approval number right now is higher than Obama’s was at this very same day in his administration. In the midst of Trump being impeached, his approval rating is rising. The impeachment polls show that more and more people oppose impeaching Trump.

Here’s some numbers from the Iowa general election. I don’t know what you’ve heard about this but let me refresh your memory. In the state-by-state polls — Iowa, New Hampshire, Wisconsin, Pennsylvania — Iowa was being reported as totally lost for Trump, that any Democrat candidate beats Trump in Iowa, any of the main contenders. 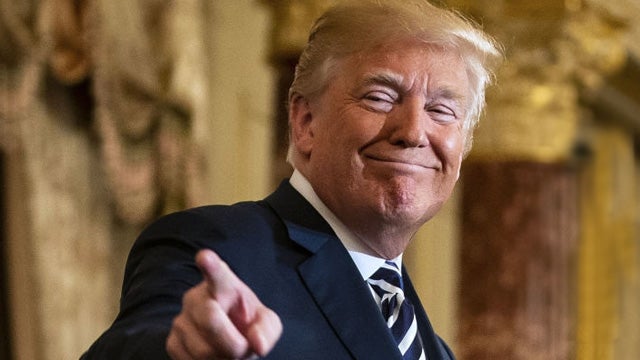 RUSH: One of the reasons the Democrats are trying to ram through impeachment, they want to get that vote done next week before their members go home for the Christmas break because when their members go home, they’re gonna get an earful. “Virginia Democratic Rep in Swing District Faces Heat at Town Hall Over Impeachment.” This was Representative Abigail Spanberger. She’s a moderate, moderate district, went home at a town hall, and her voters dumped all over her for impeachment. Pelosi knows that she is losing.

I’ll tell you what’s gonna happen. This Quinnipiac poll that shows that 51% of the America people don’t want Trump impeached. I’ll tell you what’s gonna happen if this keeps on. And it will. And now Trump’s approval number is higher than Obama’s was at this point in the midst of all this, Pelosi is losing this impeachment business, folks. She can’t pull out of it, she cannot cancel it, she would be thrown in one of the dung piles on the streets of San Francisco. Her own constituents would throw her in a bag of manure. She can’t pull out of it.