RUSH: Let’s see here. Oh, yeah. I mentioned this earlier, and I wanted to elaborate on this. Two Republican senators say that Mitch McConnell is going to move to acquit Trump, not just dismiss the charges. In other words, if you compare this to, say, a lawsuit in court, you go for summary judgment, you ask the judge to throw the case out on the merits.

It’s bogus, there’s no way the accuser could win here, judge throws it out. When you win on summary judgment, you win big.

What McConnell wants to do is hold a final vote to acquit Trump should he be impeached instead of holding a vote on dismissing the articles. That would be the equivalent of summary judgment. In other words, no trial. I mean, there might be the presentation the House managers have to walk over to the Senate chamber and they have to present their case and, you know, they present the articles in writing. 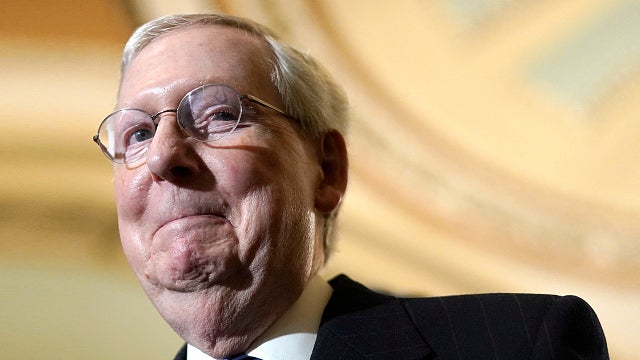 McConnell wants this over the day he gets it, essentially. And he thinks that that would be one of the greatest political maneuvers that they could do. The Democrats spent three years on this, and McConnell, the Turtle, gets rid of it in one day. Now, Trump wants a dramatic trial. Trump wants these people to present this empty case they’ve got, and he wants his team to nuke it, and he wants the opportunity to call witnesses and actually turn the tables on these people and end up maybe putting some other people, not necessarily on trial. That can’t happen, but at least expose some of the behavior of some of the accusers.

The reason why this is considered significant is that Republicans want to have a vote on acquittal to clear the president of the charges against him within not simply rely on a 51-vote threshold procedural motion to dismiss. In other words, the Turtle wants “not guilty.” If you dismiss the charges, you have no rendering of a decision on the charges. You could say these charges were so baseless, these charges were so empty, they were dismissed out of hand, but that’s not what the turtle wants.

The turtle wants the equivalent of somebody shouting from the rooftops, “Not guilty. He didn’t do it. He’s been acquitted.” Now, in a political sense, that’s kind of cool. I mean, here the Democrats spend three years lying through their teeth relying a lying trumped up FBI case that has no evidence, a two-year Mueller investigation that found nothing, and now this baseless Ukraine garbage. Three years of this stuff. And then in an election year, when this would happen, “not guilty,” as a campaign tool. But McConnell does not want just to have the charges dismissed.

One of the senators, these two guys are speaking on the insistence of anonymity. One of these two senators said that McConnell would not call a vote on a motion to proceed to the impeachment articles unless he knew that he had the 51 votes needed to end the trial, which would then set up a final vote on the articles themselves. On the final vote, 67 votes would be needed to convict Trump to remove him from office.

Now, one of the senators who’s talking is John Cornyn of Texas. And he said it would make more sense to move to vote on the articles with their 67-vote requirement than on a motion to dismiss and decide this on a 51 vote threshold with the potential tie and all the recriminations that would flow from that.

Now, there are some people — I don’t know who — there are some people who think that as many as three Democrats in the Senate would vote against impeachment. I haven’t seen the three names, and, frankly, I couldn’t tell you where I saw the story somewhere in the process of show prep today. It was part of massive information that was flowing by me real quickly and I just made note of that. 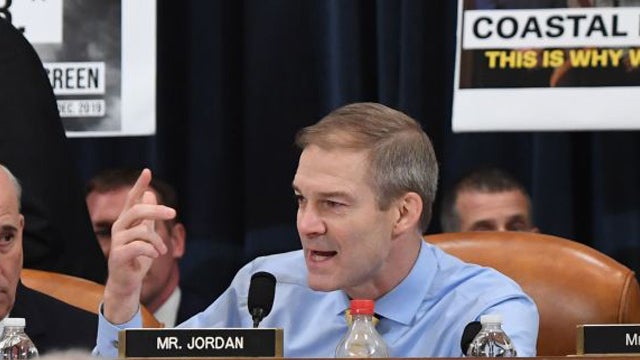 Here’s the take-away here. Senate Republicans only need a simple majority to dismiss the charges. That’s 51 votes. They have 54. So they could technically withstand three defections. To dismiss the charges, which would end the trial before it starts. If the trial starts, that’s where the 67 votes are needed to convict. Sixty-seven votes to convict Trump in a full-blown Senate trial and there’s no way they’re gonna get to 67 and Cornyn said we need to do that, we need to play this all the way out and we need to have the Senate voting to acquit this.

Some people think dismissing the charges is a cop-out. CNN, for what it’s worth, says the majority of Senate Republicans want to have a vote on acquittal to clear Trump rather than rely on the 51 votes necessary to just dismiss it. Remember, dismissing it would mean there is no trial. Cornyn thinks it makes more sense to go to trial and get an acquittal because of all the recriminations that would flow from that.

Now, here’s the thing. You Republicans, if you haven’t learned anything by now, can I tell you what’s gonna happen no matter what you do? If you vote to dismiss with 51, they’re gonna accuse you of unfairness and bias and prejudice and racism and prejudice and homophobia and whatever the hell else. And if you take it to trial and you get him acquitted that way, they’re gonna do the same thing.

So whatever you do, I’m begging you, whatever you do, don’t do it because you think you can stave off some criticism, because you can’t. Don’t choose an option that you think is going to limit the way the media covers it because that will not matter either. The media is gonna rip you to shreds here no matter what you do, unless you convict. And if you really want the media to love you, then vote to convict. Otherwise they are gonna be ramrodding you. That’s all they’ve got. That’s all they’ve got for 2020.

They do not have a candidate that can beat Trump. That’s why Doomberg’s in the race. Doomberg is in the race to make sure this party doesn’t go down the tubes with Elizabeth Warren, Crazy Bernie, or Mayor Pete. That’s why Bloomberg is doing this. Bloomberg doesn’t expect to win. Bloomberg and some others are trying to save the image and the reputation of this harebrained Democrat Party by making sure the nominee is not somebody that’s gonna lose in a 55 state landslide. I take it back, 47 state landslide. (laughing)

But if you’re gonna do whatever you’re gonna do to try to limit criticism, you need to go into this with as much of an aggressive attitude as you can, the president didn’t do it, that everything the Democrats have done is what’s bogus, and whatever you can do to illustrate that is what you need to do. I think the Senate Republicans, however they decide to proceed, had better give themselves the opportunity to point out what an outrage all of this has been, what a waste of time it’s been, how biased and injustice-wise it’s been and ream the Democrats.

They’re incapable of being aboveboard and honest about this. You are going to be accused of hatemongering like you are every day no matter what you do here. So the focus needs to be on the result that is the most hurtful and damaging to them and at the same time most helpful to Trump and the Republican Party ’cause this is political. This is a pure political move.

This is everything but impeachment. This is nothing more than sour grapes at losing, trying to use the pressure of the Democrats combined with the media to intimidate Republicans into giving up their victory. That’s what they’re essentially gaming here, and they must not be allowed to get away with this.

They have already taken something that is so rare, it’s deadly serious, impeachment, and they turned it into just yet another Democrat opposition research strategy. They’re not using any evidence. They haven’t used any semblance of fairness in the conducting of these hearings. And for them to come along and claim in advance that you’re not gonna be fair in the Senate, throw it right back in their faces.

The Senate is where this gets shut down. The Senate is where this gets thrown right back in their face. The Senate is where the American people learn how bogus that has been from the get-go. I’m speaking attitudinally here. “Rush, why are you so concerned?” Can I ask you, ladies and gentlemen, to make a simple comparison? Note the way Republican leaders in the House have behaved in the House on these two committees, the Schiff committee and the Nadler committee. You notice how they have been bare-knuckled. They have not let the Democrats get away with anything. They have been ramming it right back down their throats.

These young Republicans — Jordan, Ratcliffe, Collins, Matt Gaetz, there’s a bunch of them — Louie Gohmert — they have not buckled. They have come right back at these people. They’ve been in their face, they have challenged them. But go to the Senate and take a look at difference in how things are approached, and you’ll see a major philosophical difference. 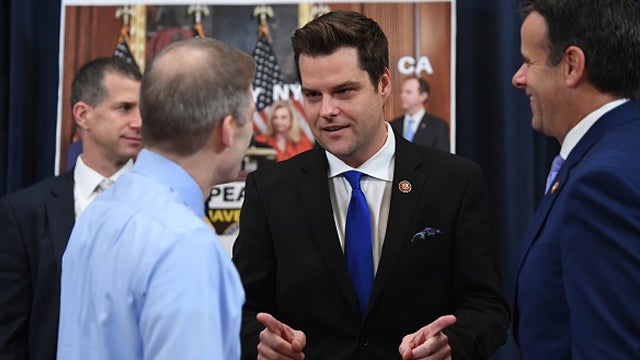 You know, there isn’t a Jim Jordan in the Senate. There’s not a Matt Gaetz in the Senate yet. Cruz and Lindsey Graham can do it when they get motivated. But these young Republicans in the House that have assumed leadership, Devin Nunes, these people are loaded for bear. They are actually doing what we have thought we were electing in Republicans all these years. These guys are finally the ones doing it, fighting back, pushing back, not caring what the Democrats or media says about them.

Well, I mean, they care, everybody cares. But they’re not letting that slow them down. So when they’re deciding on a strategery here in the Senate — I don’t care what they do. As long as they get rid of this, dispatch it. If finding him not guilty is the best way of dismissing the charges, but however it’s done, it had better be done while exposing this as the purely bogus, cheap, empty act that it has been.

RUSH: Here’s Danny in Little Rock. Danny, great to have you, sir. Hi.

CALLER: Hi, Rush. Thank you very much for doing everything that you do and for taking my call.

CALLER: I’ve never called your show before, but we have spoken long before your radio career began, when you were with the Royals.

RUSH: Is that right?

CALLER: I went to dental school in Kansas City, and we used to purchase group tickets for school groups to come to see the Royals play so —

RUSH: Oh my. No kidding. You’re going back to the late seventies and early eighties for that.

CALLER: Okay. Now, the reason I called was exactly what you were talking about a few minutes ago as far as McConnell and what his most, you know, recent statement was. He’s indicated that he’s thinking about just shutting this down the minute it comes into the Senate. And I understand just wanting to get it over with, but I think if he does that, he’s giving the House an open so that they can just pass this impeachment through them knowing that nothing will actually happen.

RUSH: That’s true. They have pledged that impeachment isn’t gonna end. And if you give them the opportunity to say they’ve just gotten a raw deal and it wasn’t taken seriously and McConnell threw it out, then they’ve got a wide open lane to just keep going. Which they’re gonna do anyway, folks. That’s why they’ve gotta be dispatched from the get-go.