RUSH: “Former Hillary Clinton Aide Blames ‘Unadulterated Racism and Xenophobia’ for Boris Johnson Victory.” Folks, we have exposed the American left. It’s now just a matter of the American people absorbing it. They really have run out of any substantive objection. I mean, if this is it, one of Hillary Clinton’s former aides reacted to Boris Johnson, the Conservative Party victory in the U.K. election by tying racism and bigotry and homophobia. And that’s it. 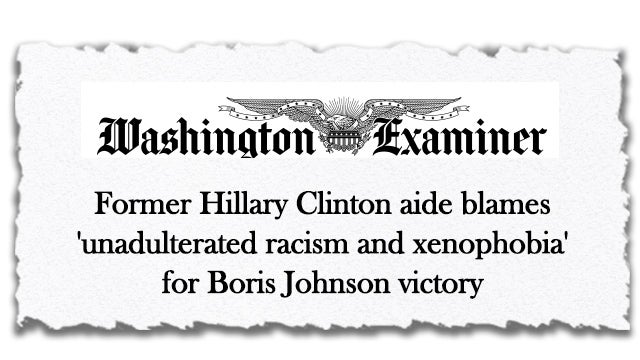 They just don’t know what to do. When they can’t explain something, it’s racism. It’s bigotry. It’s sexism. It’s homophobia. This guy’s name is Peter Daou, “who was Clinton’s internet director during her 2008 presidential campaign, expressed his displeasure with the results on Twitter on Thursday. ‘Never underestimate the impact of unadulterated racism and xenophobia in the election of rightwing white males around the world.’”

What does that tell you about who this guy is. This guy, without my even knowing, I can tell you exactly who this guy is, “unadulterated racism and xenophobia in the election of right-wing white males around the world.” If you don’t think that is a systematic, strategic assault on the founding of the United States of America, then you need to wake up.

RUSH: Here is a montage, people at ABC, CNN, PMSNBC, NBC, Headline News, BBC, all kinds of places where the Drive-Bys are shocked by the stunning victory of Boris Johnson in the U.K. 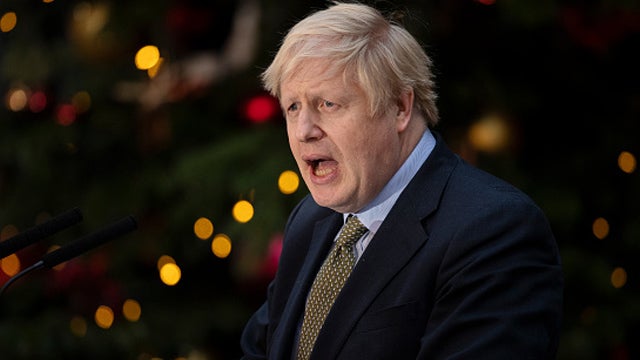 What happens? He wins in a landslide. There are more conservative seats, U.K. Parliament, than at any time since Margaret Thatcher. It’s so bad that that kook left wing leader of the Labor Party, Jeremy Corbyn, is gonna resign in disgrace. He’s a hatemonger. He is just a disgusting person. And he has been sent packing and dispatched.

And these people are all concerned that it’s a forerunner to what might happen here in 2020. Folks, it’s a forerunner to what happened in 2016. Well, Brexit happened then 2016, then this, and it’s gonna continue with Trump being reelected in 2020. But I love this next bite. The Today show. Correspondent’s name is Keir Simmons. And they’re reporting about Twitter and the conservative party election in the U.K.

Simmons: The left, on platforms like Twitter, thought they were building momentum, thought they could win with socialist policies. One commentator today, with a lesson perhaps for America, again saying, never believe that Twitter reflects the country.

RUSH: Now, who’s been telling you that for years? I have. I don’t mean to make this about me, but I have no choice here. I have been warning everybody, our people, the left, Twitter does not represent a majority of thought in this country. It’s not even close. And one of the reasons I’ve harped on it is because the media in this country uses Twitter as public opinion. They will use anonymous people they’ve never heard of, people they don’t know, random people.

They could be nude in their parents’ basement sitting in front of a computer tweeting out their thoughts on something, and they will be cited as evidence, as representative of public opinion on whatever story the left is trying to advance. And now so many journalists are breaking news on Twitter instead of in their own publications or networks. So Twitter has become the next fax machine. Twitter has become the agent of laziness for the Drive-By Media.