RUSH:  Now, I mentioned last week ’cause the staff was asking me questions about the Betsy Ross merchandise, and I happened to say that it’s almost all gone and there wasn’t time to restock — and then sell and fulfill — prior to Christmas.  We had some apparel items remaining in the size small, but they just all flew off the shelves.  However, folks, the store is not empty.  That was the Betsy Ross stuff.  There’s plenty of stuff there including, I should tell you, a collector’s item Christmas tree ornament. 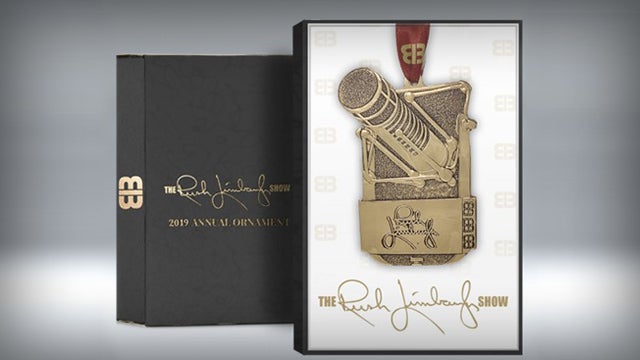 It’s the best ornament we ever made.

It is the Golden EIB Microphone, and virtually everybody… You know, we gift them to certain people, and they all made it a point to take a picture of these ornaments on their tree, and we have a limited supply of those left.  The Betsy Ross stuff? Well, you can check the store at RushLimbaugh.com. Click on the “Store” tab.  There’s some stuff there, but we pretty much have had a blowout here, and we stressed from the beginning that it was supplies are limited, act now. 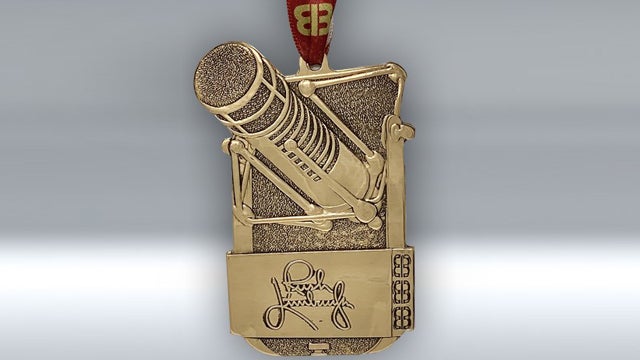 Of course, part of the acting now was we wanted to be able to get it fulfilled and shipped to you prior to Christmas. The fulfillment operation is continuing to run around the clock.  But we do have a limited supply of this year’s EIB Christmas ornament.  They are handmade, designed differently every year.  These are the best ones that we’ve had.  This year’s ornament is the best, and they’re collector’s items because there’s one every year.  As I say, it’s the Golden EIB Microphone.  So I wanted to clarify.  I don’t mean to say that the shelves are empty at the EIB Store.  But then again, I don’t want to sit here and tell you that there’s all kinds of choice at the same time.

Just go and check it out and see what you find.

RUSH: So I just got a note from somebody who recently received one of the EIB Christmas ornaments. “Rush, this thing is heavy.” It’s okay. Your tree can support it if you have a decent tree. We wanted something substantive this year.

They also said the picture doesn’t do it justice. I understand that. Pictures of me, for example, do not do me justice. But you have to live with it. But the ornament is classy, and it is always a collector’s item because there’s a new one every year.