RUSH: Mitch McConnell just slammed the gavel down on Chuck You Schumer, but I want to explain to you how he did it and how he is right and what Schumer’s request for additional witnesses in a Senate trial means.

RUSH: They know they have no case. As evidenced by the fact that Chuck You Schumer wants the Senate to call four witnesses that Schiff didn’t call. 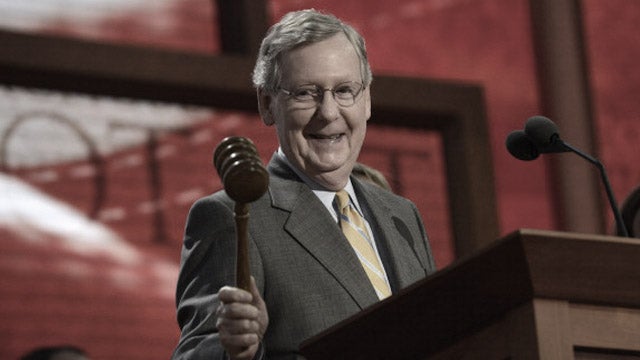 Now, there’s a reason Schiff didn’t call the witnesses. We would have lost. Trump does not have to furnish the witnesses. Obama didn’t. In 2014, Obama said — it was not about Fast and Furious. It was about something else. But Obama was telling members of Congress: If you want to talk to my assistants, you’re not gonna get to talk to ’em. Executive privilege, separation of powers. They don’t speak for me. They’re not coming up to talk to you.

Let me give you the equivalent of what Schumer’s asking. Forget impeachment. Let’s go to court ’cause that’s what’s this is gonna become. It’s gonna become a trial. Let’s say the prosecution, after failing and knowing it’s failed to make its case, asks the jury, “Jury, we want you to investigate some more on this. Here’s some people we want you to go talk to.” That would never be permitted. If the prosecution doesn’t have its case, it doesn’t have its case. It’s not up to the jury, in this case the Senate. It’s not up to the Senate to carry the investigation forward, but there is a nefarious reason that Schumer wants to do this.

If he could con McConnell into calling some witnesses, then they can have this trial go on all year. If McConnell ever agreed to call four witnesses that the Democrats want, then that parade would never stop. Now, McConnell shot it down today in a speech on the Senate floor.

RUSH: Now, a couple things are being bandied about today as a result of Chuck You Schumer demanding that the Senate call three to four witnesses that were not called during the House impeachment proceedings — and that’s a very key point. McConnell went to the floor of the Senate today and made it clear that the Constitution is why he’s not gonna be calling any Democrat witnesses. He’s not gonna be calling any witnesses, because they do not do any investigation in the Senate. 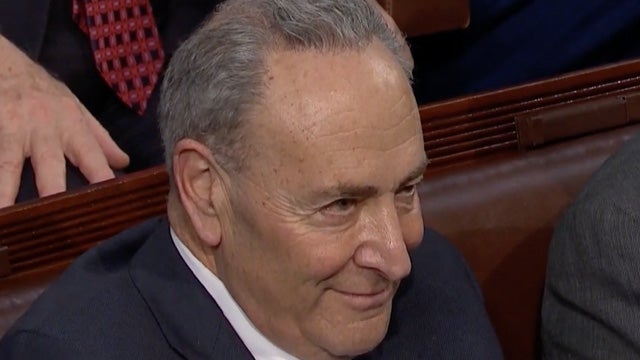 The Senate trial is not an ongoing Democrat investigation of the president. The Constitution says the investigation takes place in the House. After they investigate, they prepare their articles of impeachment — the charges, the indictment. They then present the charges (via the House managers) to the Senate, and that’s it. From that point on the Senate acts as a jury with the chief justice acting as the trial judge, and the House managers make the case. Now, Schumer’s claiming that they need three, four witnesses — or more.

Well, the reason is they haven’t made a case in the House.

The House doesn’t have a case — and Schumer knows this, and the Democrats know it.

So it’s really a replay of the Kavanaugh circumstance. When Kavanaugh was on the verge of being confirmed, here came Christine Blasey Ford out of nowhere. Schumer’s demand of three to four witnesses is akin to asking for three to four Christine Blasey Fords to be entered into the fray after the House has ended its investigation — and the Turtle shot it down today. It’s not the end of it, because the Democrats are not gonna go away and they have other strategies up their sleeves, but it was good.

Now the next thing up is: Could the Senate dismiss the case on day one?

RUSH: This is Mitch McConnell today rejecting the demands of Chuck You Schumer that the Senate call some witnesses if and when there is a trial.

MCCONNELL: The Senate Democratic leader would apparently like our chamber to do the House Democrats’ homework for them. He wants to volunteer the Senate’s time and energy on a fishing expedition to see whether his own ideas could make Chairman Schiff’s sloppy work more persuasive than Chairman Schiff himself bothered to make it. If the Senate volunteers ourselves to do House Democrats’ homework for them, we will only incentivize an endless stream of dubious partisan impeachments in the future, and we will invite future Houses to paralyze future Senate with frivolous impeachments at will.

RUSH: That is so right on the money. The Turtle also said, “We don’t create impeachments, Mr. President. We judge them. The House chose this road. It is their duty to investigate. It’s their duty to meet the very high bar for undoing a national election. As Speaker Pelosi herself once said, it is the House’s obligation to, quote, ‘build an ironclad case to act.’ If they fail, they fail. It is not the Senate’s job to leap into the breach and search desperately for ways to get to guilty. That would hardly be impartial justice.”

So McConnell has shot this down from the moment that Schumer presented it.

So he’s standing at the podium. “Who in the world doesn’t understand this? This is the way it is!” And so they thought they had entrapped Mulvaney. So now they want to call Mulvaney, and they wanted to call Pompeo, and they wanted to call John Bolton because they think Bolton’s ready to turn on Trump since Trump fired him. Now, the Democrats did call — Schiff tried to get Mulvaney and Bolton to testify, but they refused because of executive privilege, for which there is ample precedent.

Barack Obama in 2014 informed the Congress that his assistance would not be made available for whatever inquiries they were looking into, Fast and Furious and some others. Benghazi. “We’re not gonna make anybody available to you. It’s separation of powers.”

Trump has asserted the same thing. Trump has gone to court to appeal the subpoenas that Schiff sent. And that’s what the Democrats are saying is obstruction of justice, obstruction of Congress. Because Trump will not give them the witnesses they want. He’s instead going to court challenging their subpoenas.

Trump is not acting outside the Constitution. Trump is acting like every previous president ever. He’s letting a court decide whether or not the subpoenas can be enforced. But the Democrats think the American people need to see this in action again, so they want Schumer to go demand that McConnell call these same witnesses. They want McConnell to call the witnesses, and they want Trump to refuse to let the witnesses appear. They want the media to then report to the American people that Donald Trump continues to obstruct Congress, therefore validating one of the articles of impeachment.

But wait. Why aren’t they in the articles of impeachment? Because this is being conducted in the media. This is a trial and a prosecution that’s being conducted in the media. The Democrats want to push bribery because there wasn’t any. But they don’t care. They want the American people to think that Trump engaged in bribery, even though it was dropped in the articles of impeachment.

In other words, they want the prosecutor to be able to charge somebody even though he couldn’t get an indictment for it from the grand jury. That’s what they’re attempting to do here. McConnell called Schumer out exactly. If the Democrats were to somehow succeed in turning this Senate trial into a circus, then we could be looking at this happening every time an opposing party disagrees with a president.

So now the latest thing being bandied about is, “Hey, you know what? The Republicans could simply dismiss this case on a 51 vote, just put the case up for dismissal. Like on summary judgment, we’re just gonna dismiss the case on day one, and all it would take is 51 votes, and the Republicans have 51 votes. The question is, could McConnell get 51 of them to go ahead and dismiss the charges knowing the media hell that would break out.

But I’m gonna tell you it’s something that I could endorse and I could suggest and get behind here. The result is what matters here because this entire process is corrupt, this entire process is filled with lies and distortions and false charges and misrepresentations starting with this phony coup that was the Russia collusion hoax.