RUSH: Now, Barack Hussein O. Let’s get back to this, ’cause I don’t like to leave hanging questions. Barack Hussein O says that “Women Are ‘Indisputably Better’ Leaders than Men.” You think he thought that about Lady Thatcher? (chuckles) I kind of doubt it. I think he probably hated her guts. “Obama went on to argue…” This is a Breitbart story: “Obama went on to argue that older men in power are largely responsible for many of the world’s most pressing problems…” 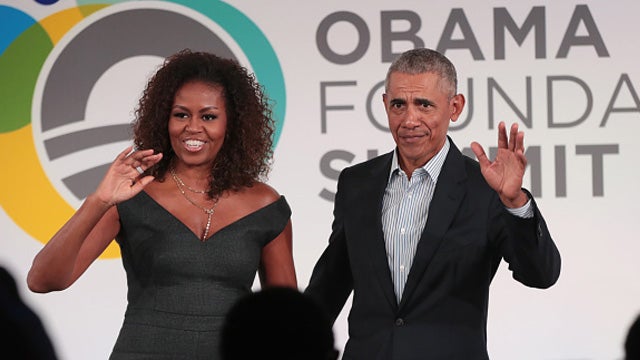 Can I tell you what he means by that? “Obama went on to argue that” white Christian, wealthy men in their seventies and eighties “are largely responsible for many of the world’s most pressing problems and urged for a younger generation of leaders to take their place.” Now, what does that do? What does this characterization of white, older, wealthy men in their seventies and eighties do? Who is he talking about? He’s talking about Crazy Bernie. He’s talking about Joe Biden.

He’s talking about almost the entire Democrat presidential field with one exception, and that would be Fauxcahontas. But she almost qualifies because she’s white, and some people might think she… Never mind. Other than that, Obama has targeted the leaders of the Democrat presidential race as “being responsible for many of the world’s pressing problems.” By the way, this also goes to Make America Great Again. The way liberals hear that, they think, “This is a bunch of people seeking to return to the days of the Antebellum South, 200 years ago when white Christians could do whatever they want!”

That’s not what Make America Great Again means, but that’s what the left wants you to think it means. Obama says, “If you look at the world and look at the problems it’s usually old people, usually old men, not getting out of the way. It is important for political leaders to try and remind themselves that you are there to do a job, but you are not there for life. You are not there in order to prop up your own sense of self-importance or your own power.” I guess his favorite movie is Logan’s Run. That’s where everybody over 30 got killed.

When you hit 30, they sent you into some chamber where you got wiped out. Thirty was the oldest you were allowed to be in the movie Logan’s Run, on this basic theory here that the older you got, the more you screwed things up. (interruption) Well, but he’s not white. He’s not white., He’s half a white, so he’s not covered by this. Obama’s half white. You could say half black. Half… (interruption) “Well, there’s no slave blood there.” We know that. But still down for the struggle. So here are the three choices that I see, ’cause Obama… 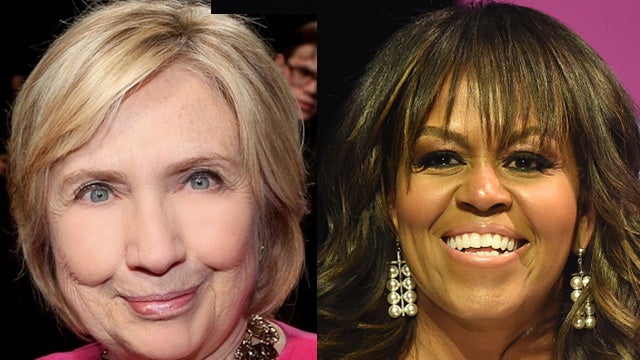 I mean, you want to hear pandering? This is pandering. Pure, unadulterated pandering. A, he’s either clearing the decks for Michelle (My Belle) Obama. B, sandbagging Biden. Or, C, he’s rich now and he wants to restore political correctness after selling out. He wants to go back to what we… Now that he’s got his, now that he’s got his wealth, he wants to go back and pretend that it’s 30 years ago, where people like him are not the target — or there’s one other possibility. That it’s not about Michelle. That it’s about Hillary. That it’s… (interrupting)

No, wait. That it’s about clearing the decks for Hillary so that she can be ashamed and embarrassed and wiped out again and for all, finally.

He had to go out and he had to engage in capitalism. He had to admit that he wants money, had to admit that he wants to be rich. Now that he’s got it, now he can go back to being politically correct and keep the barbarians away from his gate. It’s obviously about Michelle, but it could be Hillary. Do not discount the lack of popularity for Hillary Clinton and the Clintons at the upper echelons of the Democrat Party.