RUSH: I want you to hear an audio sound bite. CNN just this afternoon, they had a montage of voters in Boston talking about impeachment.

So they said to themselves, where can we go? They desperately need people who appear to be average, ordinary Americans ripping into Trump. So they decided to go to Boston. And here is the montage of voters in Boston that they found talking about impeachment.

UNIDENTIFIED WOMAN: I think that he absolutely should be impeached. No one’s changing anybody’s mind which is, like, really disheartening to me. 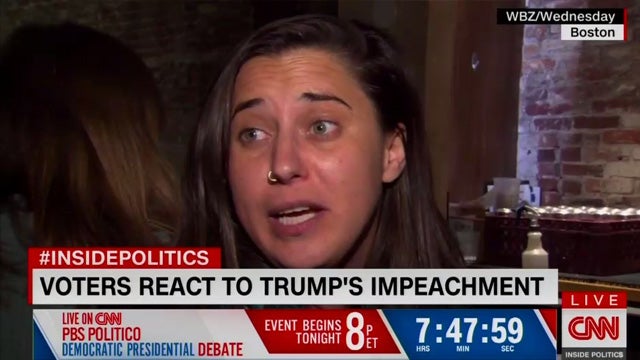 UNIDENTIFIED MAN 1: I think that it’s just tearing us apart right now. They’re not getting anything done. They’ve been after this guy for three years now. 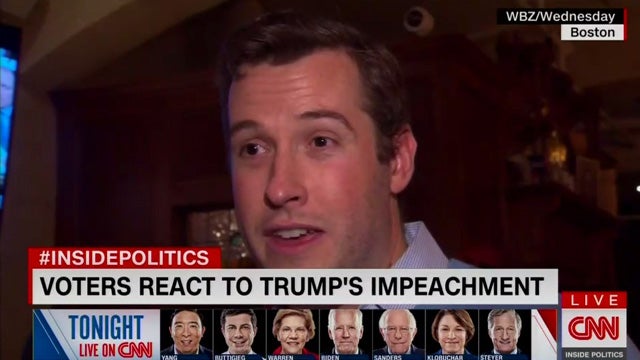 UNIDENTIFIED MAN 2: They might be really blowing their – their effort on an impeachment when in reality they need to be finding someone to win in 2020. 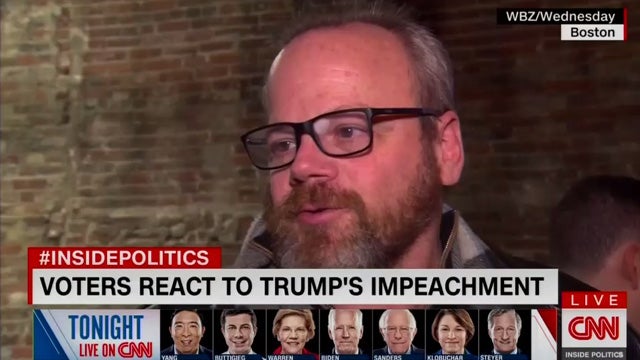 RUSH: There you have it, folks, right there it is. You got three Democrats who say they’ve been going after this guy for three years. You can’t get it done. You’re wasting your time. You’re driving everybody crazy. You’re not changing anybody’s mind. All you’re doing is tearing everything apart. And these people are talking to the CNN reporter, which is a stand-in for the Democrats.

And don’t think for a moment Pelosi doesn’t know this. Pelosi and the Democrats all know it. They’re putting on a good front, a PR front, whenever they are in the media. But just none of this, none of this has played out the way they dreamed that it would beginning in 2016.