What Does El Rushbo Think of the Patrick Reed Presidents Cup Controversy?

RUSH: To Salt Lake City we go next. Dave, hello, sir. Great to have you with us on Open Line Friday. Hello. 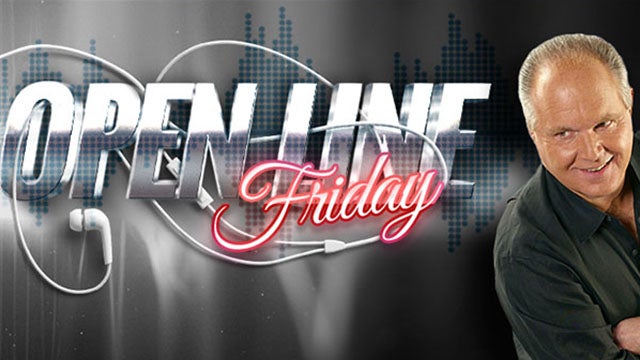 CALLER: I want to give you an Open Line Friday question to get you off this stuff. What did you think about the way the Presidents Cup treated Patrick Reed, how NBC and the Golf Channel acted like he was a pariah ’cause he’s called Captain America. And Tiger Woods kept him in there ’cause he knew it bothered him, and they won the tournament. I want your total take on this, ’cause I know that it made you mad, and it made me mad.

CALLER: Because you love golf, and I don’t see why — why would you root for another country? I mean, the Golf Channel and NBC was actually saying —

CALLER: Yes, Rush, that’s what I’m saying. It’s NBC and the Golf Channel, which is the same thing — 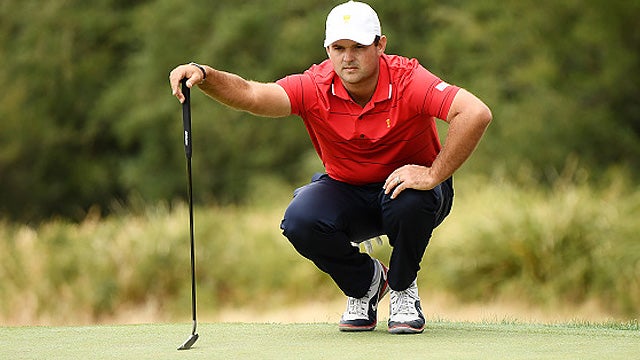 CALLER: — now listen, Rush, you know this. The guy’s name is Captain America. They’re against the guy. His caddie had to jump off the car, he got thrown out of the whole thing, they threatened his wife —

RUSH: I guarantee you people don’t know the prelude to this, and even if they know what you’re talking about, they may not know what led up to it. The week prior to the Presidents Cup which is over in Australia, Tiger Woods was a playing captain, he chose Reed. There was a tournament in the Bahamas and Reed was alleged to have cheated by improving his lie in a waste bunker.

He had taken the club and he had cleared out some sand in the waste bunker to improve his lie. That meant, that as far as they were concerned, that Patrick Reed was a cheater, Patrick Reed was destroying and sullying the great traditions of the game, so that’s the starting point for it. Reed was constantly heckled by the crowd over that issue that happened in the Bahamas.

RUSH:  So Patrick Reed, who is… He got his nickname Captain America from the Ryder Cup, and he’s very a popular player.  He’s very infectious.  But he’s a renegade in the sense that he’s a nonconformist.  He’s not… He doesn’t flout the rules. He doesn’t flout dress codes or any of that.  He’s just a free spirit, and he’s not afraid to buck convention.  He’s not afraid to stand out, and the two-stroke penalty he got in the Bahamas the week before the Presidents Cup for improving his lie… It used to be that if you’re in a waste bunker, you could improve your lie.

I remember watching, I think it was, the TPC at Sawgrass.  It was either Phil Mickelson or Davis Love improved their lie in a waste bunker, right there on TV. Everybody saw ’em doing it, wasn’t a problem at all.  TV commentators asked, “Can you do that?” People looked it up, and there wasn’t any rule against it.  I guess there is now.  So Reed was being heckled, and at one point — I think on Saturday, Friday or Saturday — somebody in the gallery got very, very close to him and started shouting obscenities.

Everybody that I know that knows Patrick Reed loves him.  I’ve never met him, but everybody I know that does know him thinks he’s a great guy, would love to have him on the team in such a competition circumstance.  He’s just a fun guy to be around anyway.  The basic problem is that he’s not a conformist.  It’s just we live in a world… That’s what Trump’s biggest thing is. He’s not a conformist.

He doesn’t behave like the establishment demands. He doesn’t talk like they demand. He doesn’t wear wingtip shoes like the establishment demands. Do you know that if you wear loafers in the State Department, they can throw you out?  There’s a uniform! You learn it at Harvard.  The kind of shoes you wear, the kind of laces. You know, which direction the stripes on your tie go says everything about your pedigree.

But only if… (interruption) You’re laughing in there, but I’m not kidding.  You can be laughed out of Harvard if you’re wearing stripes that go the wrong way on a tie. If you happen to be in the State Department where the stripes go the wrong way on your tie, they start snickering at you. Well (chuckles), Reed probably wouldn’t wear the tie!  So he’d get double snickered.