RUSH: Thank you all. Thank you all very much. What a great event to be at. This is incredible. And I have to tell you, I just learned backstage that there are an incredible number, like a thousand high school students here? 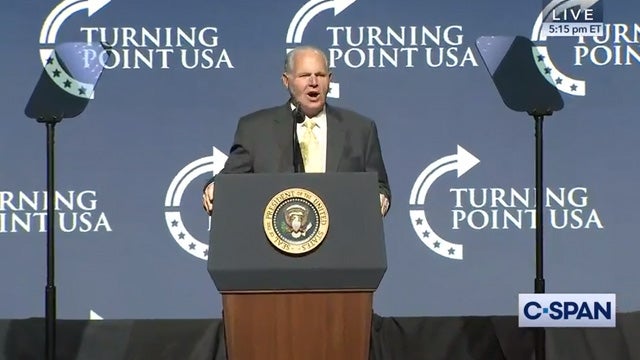 RUSH: I’ll tell you, I have been dying to talk to high school students about so much about what’s happening. I just want to tell you, I don’t have time tonight, but I just want to tell you climate change is a hoax. Please don’t believe it, whatever you do! I beg of you. Let me give you an example of how it is a hoax. Many of you weren’t alive for the 1995 budget bill. During that time, the Republicans were being accused of starving children because of budget cuts in the school lunch program.

There weren’t any cuts. There were reductions in rate of growth. The Democrats had a bunch of 12-year-olds, junior high school students, writing letters to Republicans in Congress, “Please, I can’t learn when I’m starving. Please, I can’t learn when I’m hungry.” And the media is covering this as though it’s legitimate. And it was as big a hoax as the whole climate change thing. Climate change contains every issue the left wants in their bid to transform this country. So please, I know it’s susceptible. They’re scaring you. They’re making you think the planet is not going to support life in 20 years. It’s bunk, folks. It’s just bunk.

Now, a couple of weeks ago, I’m out playing golf, and I’m a very powerful influential member of the media, I’m very recognizable. A guy comes up to me and says, “You talk to the president a lot, right?” I said, “Yeah, he calls now and then.”

RUSH: The people that need to be defending themselves are the people attacking him and the people attacking us. He doesn’t need to be defended. How do you defend Donald Trump? You attack the people who are attempting to destroy him. They’re trying to destroy you. They’re trying to transform this country into something that it was not founded to be. That’s how you do it. I find it’s so incredible that people think, “Oh, my gosh, it’s hard, it’s so hard.” It is not hard. 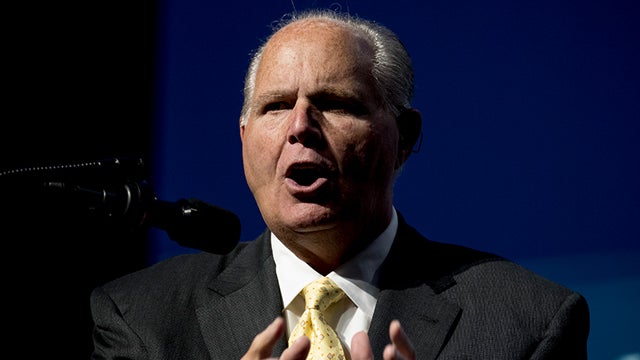 Folks, we’re not in a standard political environment where the Democrats win and then the Republicans win. We share power, we trade power. We are in a war. We are in a war for the kind of country America is gonna be. There’s always gonna be an America. But the war being waged now is aimed at overturning, overthrowing, the principles of our founding. That is what the left is attempting to do. And look at how. You’d say that the president needs to be defended.

RUSH: Why is that controversial? Why do people oppose America first? Why do people oppose making America great again? I’ll tell you why. The people who think Make America Great Again is not good think that it is a throwback to 200-years-ago America. They think that it is code for taking America back to the days when it was manifestly unfair, racist, sexist, bigot, homophobe. It is not that. 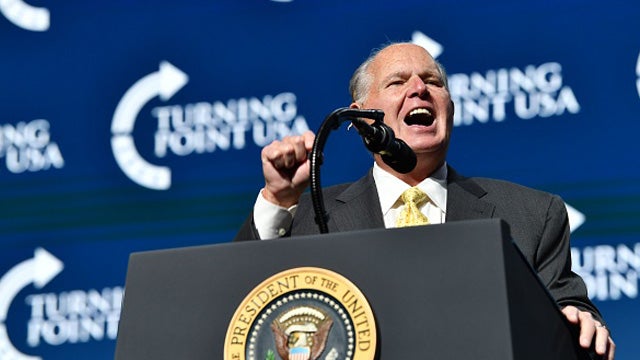 RUSH: We have… We really have one shot at this, and the shot that we have at preserving this country as founded (pause) is Donald Trump, president of the United States.

RUSH: It is an honor to know him. It is a privilege to be here tonight and to introduce him to you. Make him know how much you love him! The president of the United States, Donald Trump! 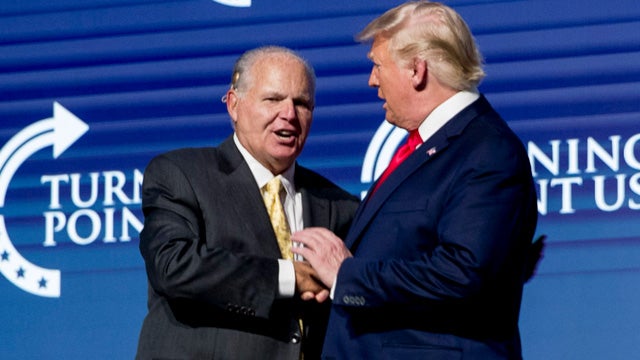 MUSIC: (Proud to be an American, by Lee Greenwood)

THE PRESIDENT: Well, thank you very much. Thank you, everybody.

THE PRESIDENT: What a group!

THE PRESIDENT: What a group.

THE PRESIDENT: What a group.

THE PRESIDENT: I also want to thank a true American legend and a beloved national hero: Rush Limbaugh. Thank you, Rush. 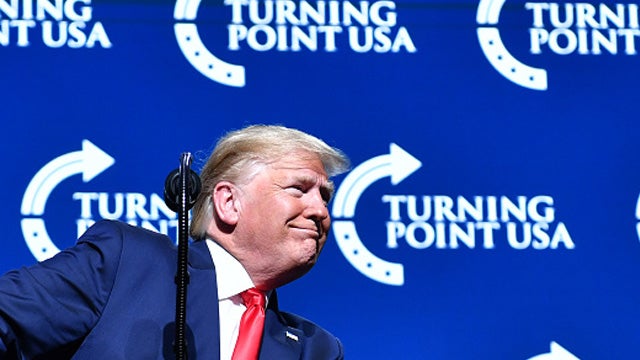 THE PRESIDENT: You know I don’t know if you know it or not. He has got like 39 million people listening. From day one, he has been so incredible. Good times, bad times, he doesn’t waver because he is tough as hell. He makes like… They tell me he makes like $50 million a year, and that might be on the low side. So if anybody wants to be a nice conservative talk show host, it is not a bad living, I will say.

THE PRESIDENT: But I have to say, he is a very unique guy, and he is a great man, and he has been a great friend. So thank you to Rush. Thank you.